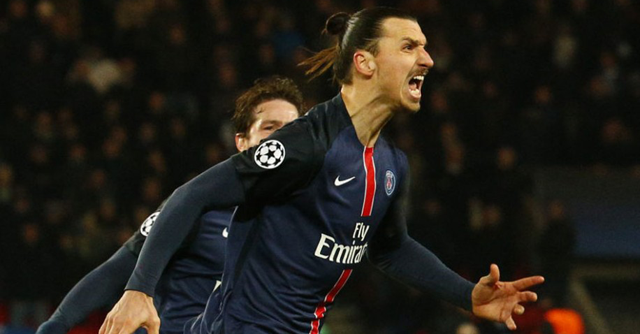 Zlatan has been voted "PSG Player of the month" for the 4th (!) consecutive month.

He received the award for November, December and January as well.

His February was if possible even better than his January.

• He started off the month with scoring a goal and having an assist in both wins against Lorient and Marseille in the league.

• He scored twice against Lyon in the Cup.

• He scored in the first game against Chelsea in the Champions League.

• And he displayed a tremendous performance against Reims where he scored twice and had two assists.

The fans have been voting on psg.fr and Ibra won before Kevin Trapp and Lucas Moura.