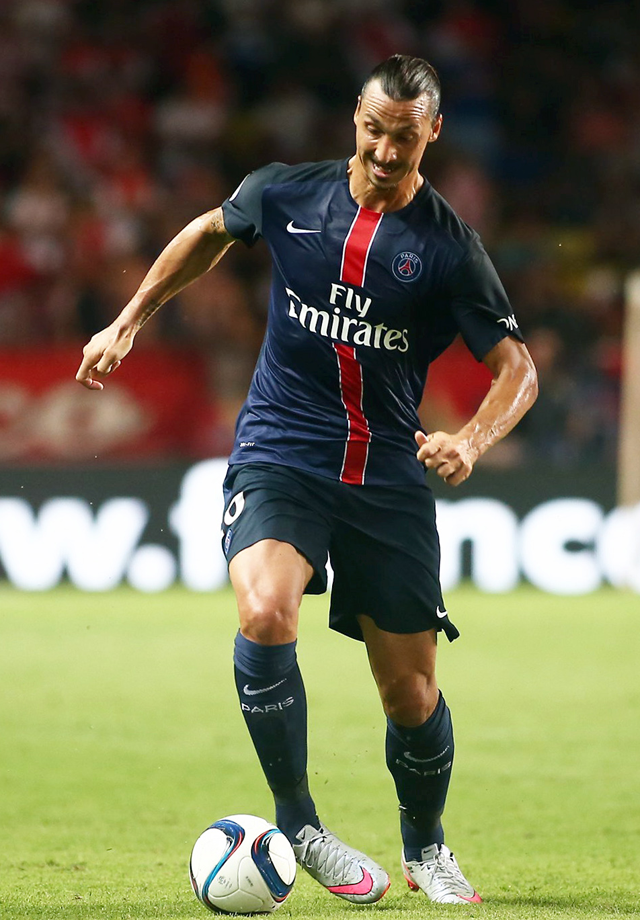 Zlatan was finally back and had an assist when PSG comfortably beat Monaco 0-3. Read his thoughts after the game.

You're back on the starting lineup, so this was your premiere in this year's league. You assisted both of Cavani's goals tonight and seemed to be enjoying yourself. What do you think of your league premier?

ZLATAN: "I felt alert and got a lot of ball."

PSG manages to keep the team intact every season, only adding a few strong recruits from one year to the next. Tonight Di Maria presented himself with a marvelous pass to Lavezzi's 3-0. Do you feel that you are a stronger contender for the Champions League title this year?

Now, there is a national team break and two important matches for Sweden, first against Russia and later against Austria at home on the national arena. What are your thoughts before the team gathering?

ZLATAN ONE ASSIST IN HIS COMEBACK 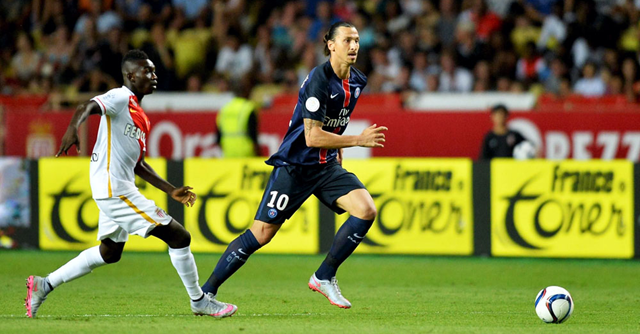 Zlatan was finally back from his injury. And PSG comfortably beat Monaco 3-0 with alot of help from Ibra. A sweet assist to Cavanis second goal decided a game that PSG totally owned.

ZLATAN IN THE SQUAD FOR MONACO 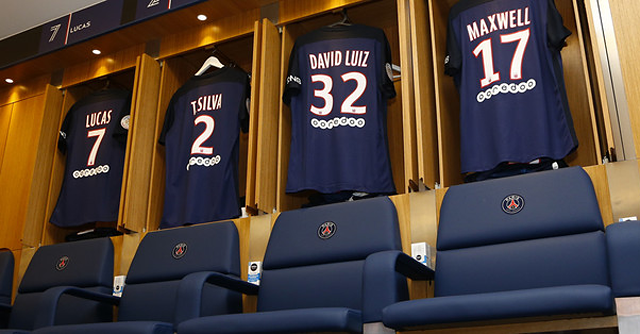 After have missed three games due to the knee injury he got in the Supercup-final a month ago, he is now fully recovered and in the PSG-squad that will play Monaco tomorrow at 21.00. 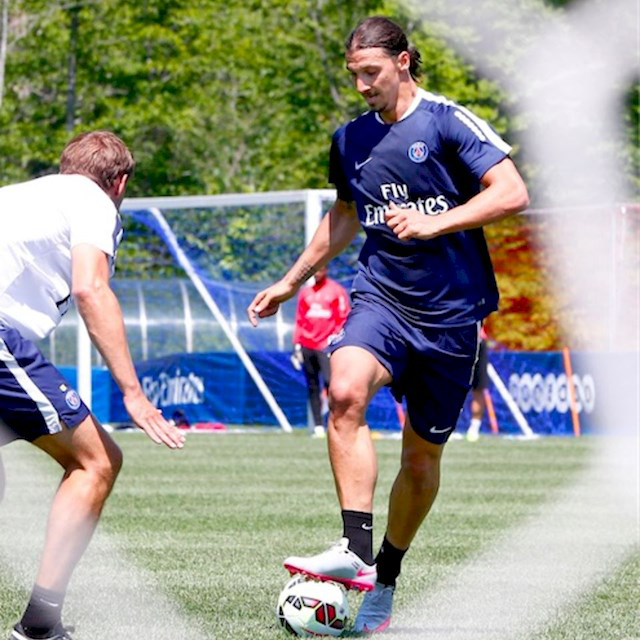 Zlatan is finally back from his knee injury. He has been training with the team all week and is selected in the PSG-squad for the away-game against Monaco tomorrow. Read his thoughts before the game.

You got a good start to the pre-season in North America, but since then you have been on the sideline due to an injury. How is Zlatan and how does it feel to get started again?

ZLATAN: "It feels really good. I've been training with the team all week."

PSG has started Ligue 1 with three straight wins without you or Di Maria on the pitch. Will the Argentinian midfielder also play on Sunday and what are your expectations concerning your offensive collaboration?

ZLATAN: "I don't know if he will be playing, but it's clear that he adds quality to the team and I'm looking forward to that."

This week, another recruit arrived in Paris, defender Layvin Kurzawa from AS Monaco. Have you had a chance to see him play and evaluate what strengths he will bring to the PSG squad?

ZLATAN: "I've seen him play in Monaco and he replaces Digne who has left for Roma. Everyone will be equally important this year." 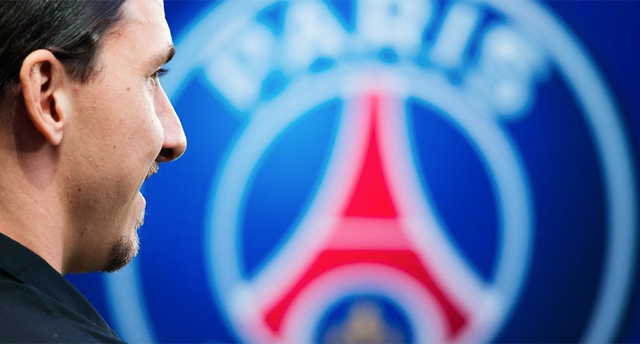 "THE BEST THAT COULD HAPPEN" 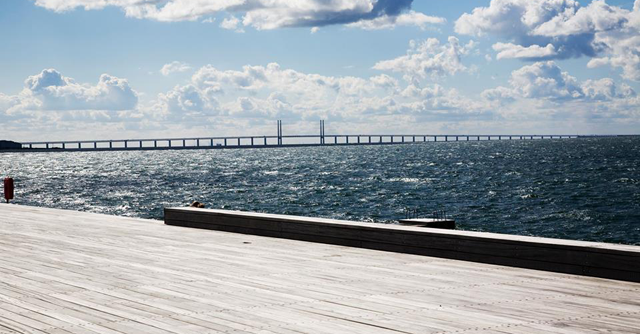 PSG were drawn in the same group as Zlatan's first club Malmö FF from his home town Malmö. He was very happy with the draw, read his reaction.

"The best that could happen. I have experienced a lot during my football career and this will be one of those moments too. It's a dream to play the Champions League in Malmö. Too bad that all of Malmö won't fit in the stadium but I guarantee that the stadium will be heard all over Malmö." - Zlatan.

PSG TO PLAY REAL AND MALMÖ

ZLATAN WILL RETURN TO HIS HOME TOWN

PSG was drawn in Group A together with:

Zlatan will get to play his first club Malmö FF for the first time ever as well as the 2013/14-champions Real Madrid and Ukrainian Shaktar Donetsk. 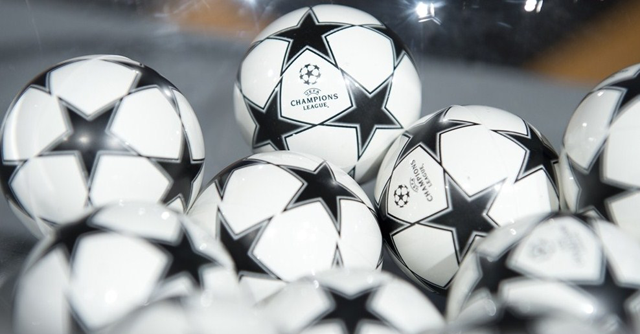 On Thursday evening at 17.45 CET the UEFA Champions League Group Stage 2015/16 will be drawn in Monaco.

Due to a change of rules Paris Saint-Germain is this year seeded in Seeding Pot 1 (pot 1 for the draw will now be formed by the holders and the champions of the top seven leagues: Spain, England, Germany, Italy, Portugal, France and Russia). No team can play a club from their own association, with the exact draw procedure to be confirmed before the ceremony. 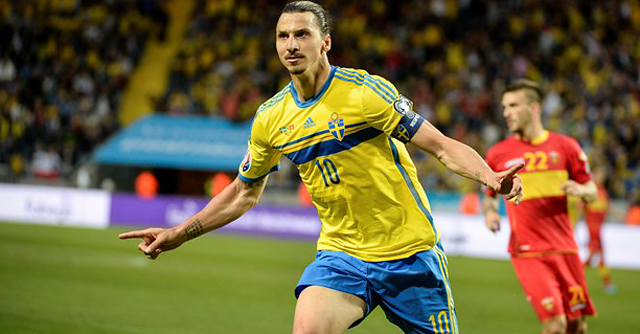 Zlatan has been selected in Sweden manager Erik Hamrén's Sweden squad who are playing Russia and Austria in two very important EURO 2016 Qualification-games in September.

It's still not certain whether Zlatan will play or not, but judging on this week's training with PSG everything points to him being fit for Russia and Austria. 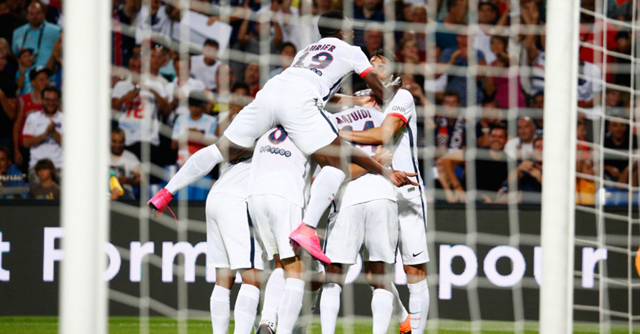 PSG are still unbeaten this season.

On Friday they beat Montpellier 1-0 away and it was the same story as last time.

• They didn't concede any goals.

• Blaise Matuidi scored for PSG (the only goal).

Next game is Sunday 30 August 21.00 against rival Monaco. 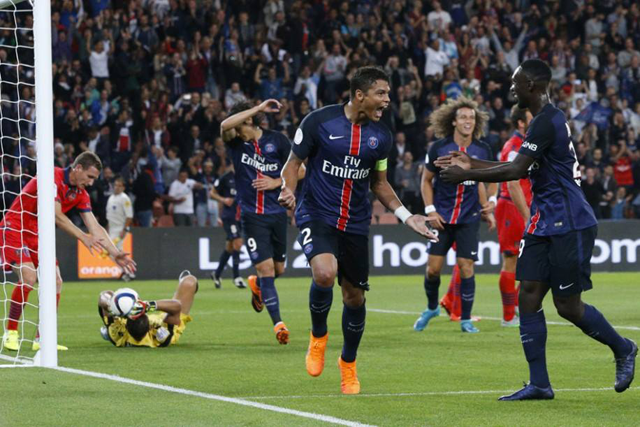 Zlatan was still injured and had to watch from the stands when PSG played Ajaccio in the first game of the season at the Parc des Princes on Sunday.

PSG won comfortably 2-0 affter two quick goals in the first half by Matuidi and Thiago Silva.

In PSG Cavani played next to Lucas and Augustin in front.

It's not sure when Zlatan will be back, next PSG-game is against Montpellier on Friday at 20.30. 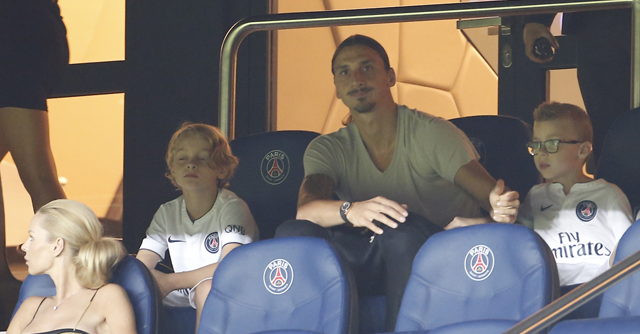 "ZLATAN IS STILL WORKING HIS WAY BACK" 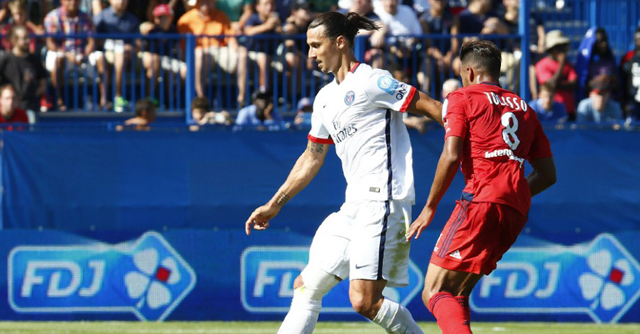 Zlatan is still not recovered from his knee injury and will not play tomorrow's game against Ajaccio at Parc des Princes. No full medical report have been presented but Laurent Blanc said the following on today's press conference:

"Zlatan is still working his way back from injury with the medical staff. He's not yet 100%, but he is progressing very well. He will be back soon. As for Angel Di Maria, is getting back into top shape, working half the time with the medical staff and half the time with the team coaches. He is training very hard in order to be ready for the season as soon as possible. They are the only two players unavailable for the match against Ajaccio, but we knew they would be out of action for some time."

PSG-Ajaccio is played Sunday at 21.00, the first game at home at Parc des Princes for the season.

LILLE-PSG 0-1 WITHOUT BOTH ZLATAN AND DI MARIA 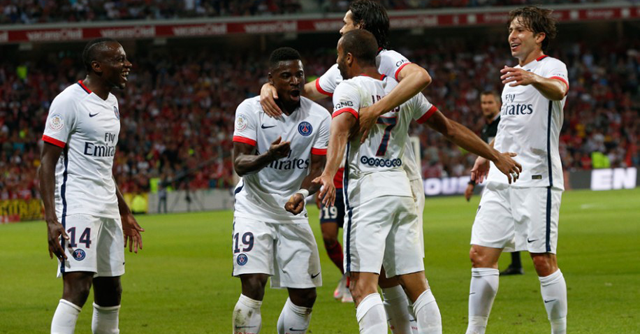 PSG went to Lille to play the league premier against Lillle last night.

Without both injured Zlatan and new signing Di Maria.

And despite a somewhat troubling game mainly due to Rabiot's second yellow card and send off already in the 27th minute (first yellow in the 22nd) PSG managed to win 0-1 after Lucas scored in the 57th minute.

Zlatan didn't play because of his injured knee (still no official announcement about the severity) and new signing Angel Di Maria is out for about three weeks due to injury.

PSG's next game is next Sunday against Ajaccio. 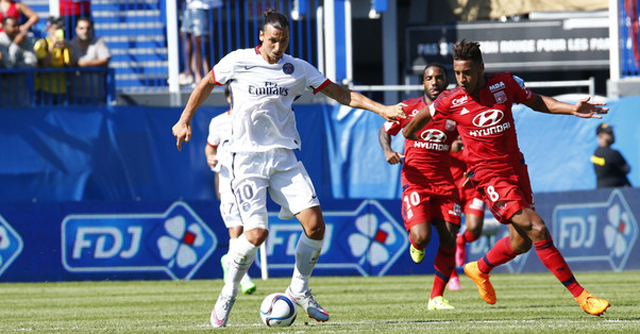 Zlatan injured his knee in Saturday's Supercup-final and today PSG officially stated on their website that he will miss Friday's league premier against Lille.

"Injured during the first half of the 2-0 Trophée des Champions win over Lyon last Saturday in Montreal, Paris Saint-Germain forward Zlatan Ibrahimovic has been ruled out of Friday's Ligue 1 opener against Lille."

"Further examinations this week confirmed a strain of the internal medial ligament of the right knee." 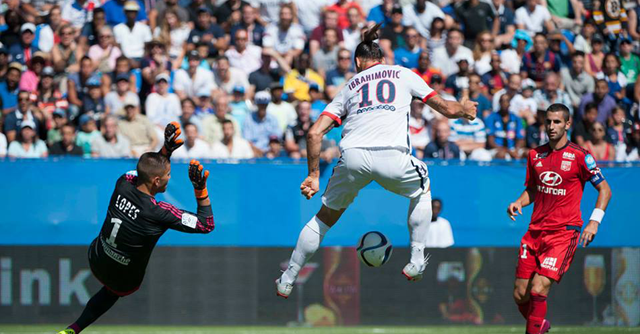 PSG are French Supercup-winners once again. They won their 3rd consecutive Trophée des Champions by beating Lyon 2-0 in Montreal.