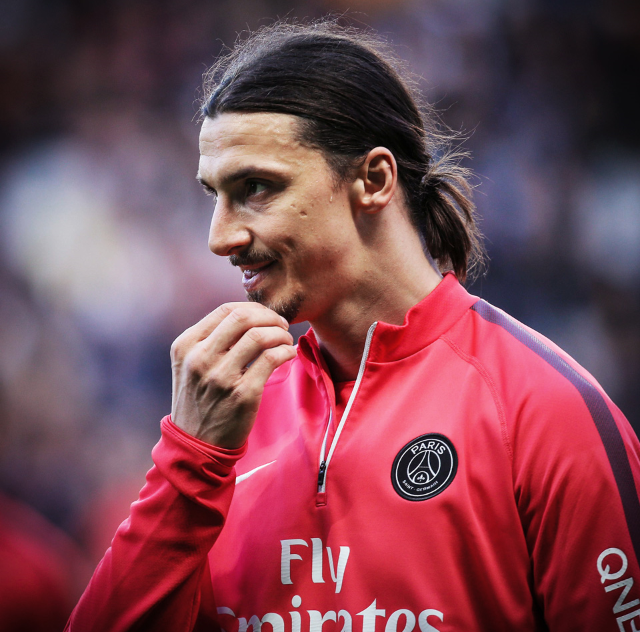 Friday 20.30 PSG take on Guingamp at Parc des Princes and with only three games left in Ligue 1, Zlatan's PSG are very close to their third consecutive title. Ligue 1 after 35/38 games:

Tomorrow night you play the next to last home match of the season. Visiting Guingamp is in the middle of the table and theoretically they shouldn't be a threat to PSG winning the league title. At the same time they are one of the few teams that have managed to beat you this season. How will you win the match tomorrow?

With three matches remaining in the league and a final in the French Cup PSG is really close to getting four titles this year, which would be historical. So the finish is important to say the least. Are you able to ignore this and just focus on one match at a time?

ZLATAN: "I want to win the league as quickly as possible and this could happen in the coming matches."

You are six goals from breaking the record as PSG's greatest scorer of all time. Will there be a hattrick tomorrow?

In the Champions League both your previous clubs, Juventus and Barcelona, won the first round of the semifinals. Which of the remaining teams would you like to win this year's Champions League?

ZLATAN: "The best team will win, so it remains to be seen."