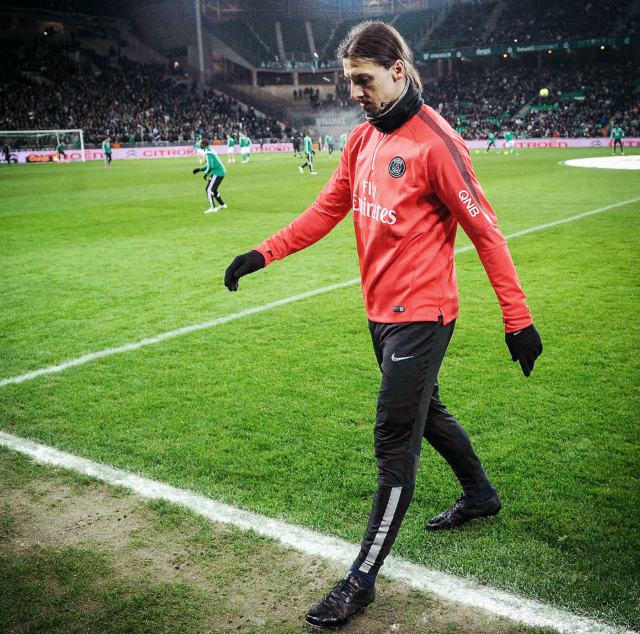 Zlatan is finally back after his two games-suspension. PSG are playing Lens at 17.00 tonight, the final game before Chelsea on Wednesday. During his time off, he spent some time in the Swedish mountains, but has been training with the team most of the time.

After a two-match suspension it's time to enter Parc des Princes again tomorrow when you face Lens. Have you had time to miss playing football?

ZLATAN: "I've practiced every day, so what I've missed is playing matches."

You had high-flying plans for your time off, but how have you really used the suspension time?

ZLATAN: "I have been hanging out with the family."

This is Lens first season in Ligue 1 since 2010/11. Right now they are in 19th place with 22 points after 27 played matches. What are your impressions of Lens?

ZLATAN: "I don't know much about them."

You have reached the final in the League Cup, the semifinal in the French Cup, and the score against Chelsea is 1-1 after the first match in the round of sixteen in the Champions League. Also, you are in second place in Ligue 1, one point behind Lyon. What will it take for you to see 2014/15 as a successful season?

ZLATAN: "So far I think we are doing a better season than last."