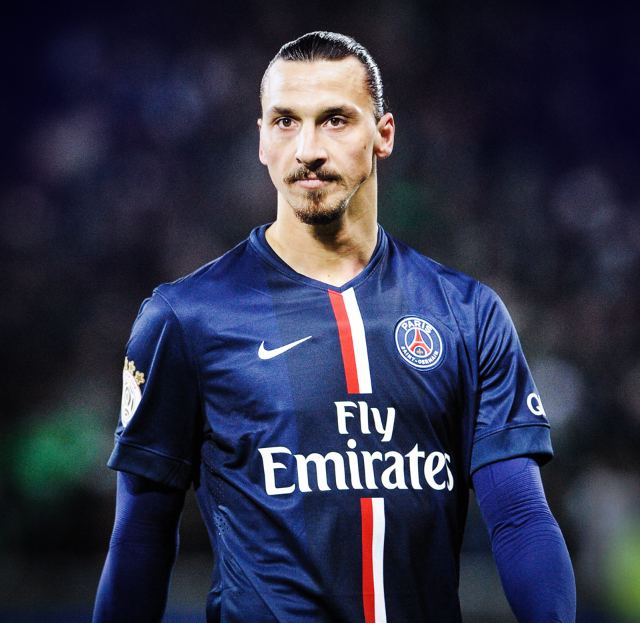 We are almost there. Tomorrow night Ibra's PSG welcome Mourinho's Chelsea to Parc des Princes for the first out of two Round of 16-games in UEFA Champions League. Zlatan had a great game Saturday when he scored and played really well. Read the interview with Zlatan below.

Tomorrow it's finally time – quarterfinal in the Champions League at home on Parc des Princes. What are your thoughts before the meeting with the English league leaders, José Mourinho's Chelsea FC?

The match against Caen ended the most unlikely way. As four of your players were injured, you had to finish the match reduced by two players and consequently lost a two-goal lead. How will the injuries and the setback against Caen affect tomorrow's match?

ZLATAN: "We have many players who can replace the injured players. But it's up to the coach to decide how to solve the situation."

There has also been a lot of talk about #805millionnames and the tattoos on your body in the match against Caen. What are the reactions to the campaign, the yellow card you got, and your collaboration with WFP?

ZLATAN: "Fantastic! But it's not just about the campaign. What's important is to pay more attention to the problems out there. And that's crucial."

20.45 tomorrow night is the kickoff against Chelsea and your chance to get revenge before a sold-out Parc des Princes. What speaks to your favor this year?

ZLATAN: "We believe in ourselves and are fully focused. However, anything can happen, like in the match against Caen. But we are ready!"

PSG will definitely miss Cabaye, Lucas and Aurier due to the injuries from Saturday, where as Matuidi, Pastore, Motta and Marquinhos all are in the squad but no confirmations were made on today's press conference whether they will/can play or not. PSG squad: