BEAT BORDEAUX 3-0 WITHOUT ZLATAN AND CAVANI 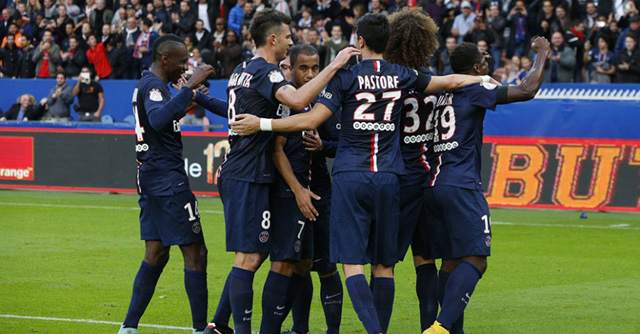 With both Zlatan and Cavani (suspended) out, it was up to the other players to step up this evening. And when Van der Wiel got a red card in the 28th minute, PSG was in a tough situation. But only 10 minutes later Bordeaux's Biyogo Poko was also sent off and Lucas scored 1-0 on a penalty just before half time.

With Silva and Luiz dominating at the back and playing 10 vs 10 in the second half, Bordeaux could never threaten PSG. Lucas scored his second penalty in the 50th minute and then Lavezzi made it 3-0 in the 81st.

This was PSG's third straight win and they are still unbeaten in all tournaments this season.

No news about Zlatan's injury has been announced.