THE BOMB AGAINST ANDERLECHT IN UEFA'S TOP 60 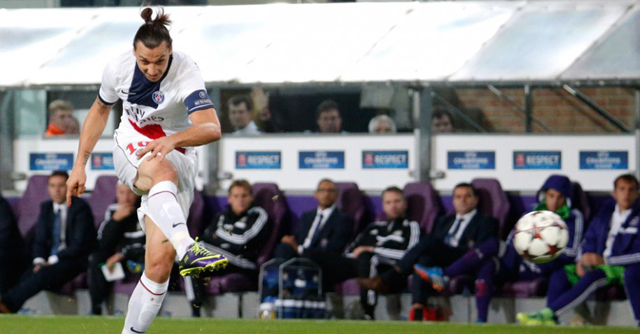 To celebrate 60 years of UEFA, they have nominated the 60 greatest goals ever made in one of the UEFA competitions. Zlatans monster-goal against Anderlecht in last season's UEFA Champions League has been nominated!

We must admit it's a bit surprising UEFA didn't choose either Zlatan's backheel against Italy 2004:

Or the wonderful beauty against France in the 2012 EURO:

Nonetheless, the goal against Anderlecht was awesome and the fact that it made a great hat-trick in an away game in the Champions League-knockout stage makes it even better.