CHAMPIONS THANKS TO ZLATAN 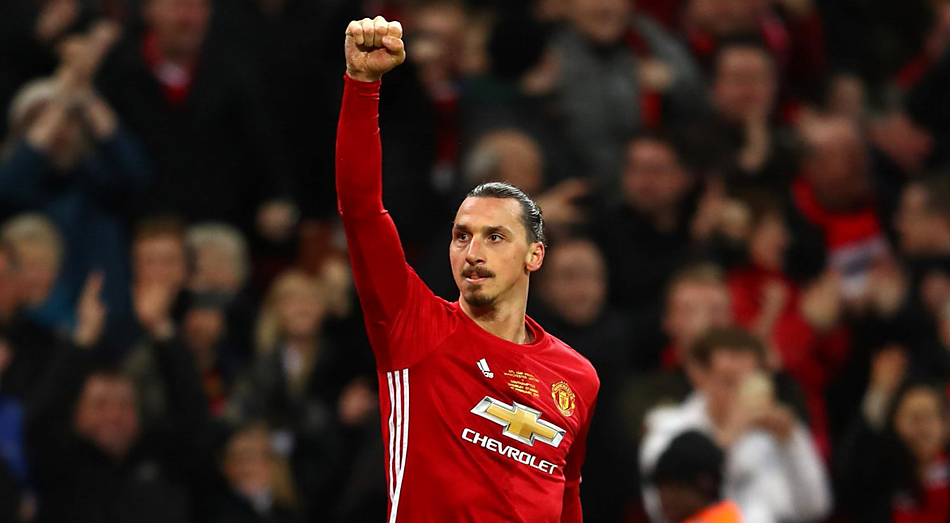 He is simply remarkable.

Who in the history of football has been this good at 35?

He scored two goals in the League Cup final and won the game for United in the 87th minute, which was his 25th and 26th goal of the season.

There is only one Zlatan.

ZLATAN'S BOMB OPENED UP THE SCORING

Southampton were clearly the better team in the first half, but Man Utd went to half time in the lead. And it started with some brilliance from Zlatan. In the 19th minute Ander Herrera was fouled about 25 meters from goal and Zlatan stepped up. Last week he scored on a weak weird freekick against Saint-Étienne, today it was harder. An absolute bomb which Forster misjudged and it was 1-0 to Man Utd.

Southampton kept attacking and playing well, but De Gea saved United several times. And then from nowhere, United came up and scored again. Valencia passed Rojo, who served Lingard in the box. Southampton's defense was on a break and Lingard scored in a final again (he scored in last season's FA Cup-final as well as in the Community Shield). 2-0 to Man Utd. Gabbiadini then made it 2-1 in the 46th minute, which was the result at half time.

Southampton came out bombing immediately after the break, and they got the goal they needed already after three minutes. Pogba headed the ball up in the air after a corner but then got the chance again and missed, and who was there but Gabbiadini? His second of the evening, 2-2.

The second half was more of a waiting game and United played better. Southamtpton still cretaed chances, but so did United. And if you have Zlatan on the pitch, there is always a chance. In the 87th minute he decided the game! Herrera crossed into the box, Zlatan timed the cross perfectly and headed the ball with great power, Forster didn't have a chance. 3-2, Manchester won the game and became the 2016/17 LEAGUE CUP CHAMPIONS!

Zlatan showed once again why he is considered one of the best strikers in world football of the last two decades. This was his 32nd won trophy.

What an amazing game by Zlatan.

He played really well during the full 90 minutes with few mistakes, hard work and accurate passing.

But tonight's performance was of course about the deciding moments.

In the 19th minute he shot a freekick around the wall and into the back of the net, even though Forster perhaps should have taken it, to be fair.

The goal meant 1-0 to United and then, when the team needed him the most at 2-2 in the 87th minute, he took the ball in a counterattack, awaited his team, passed the ball, moved into the box and headed Herrera's perfect cross behind Forster in Southampton's goal.

The goal decided the game and Manchester United win the League Cup.

Zlatan's goals were his 25th and 26th this season and the trophy was his 32nd in his career total.

Time to hear from the man of the moment - Zlatan Ibrahimovic! 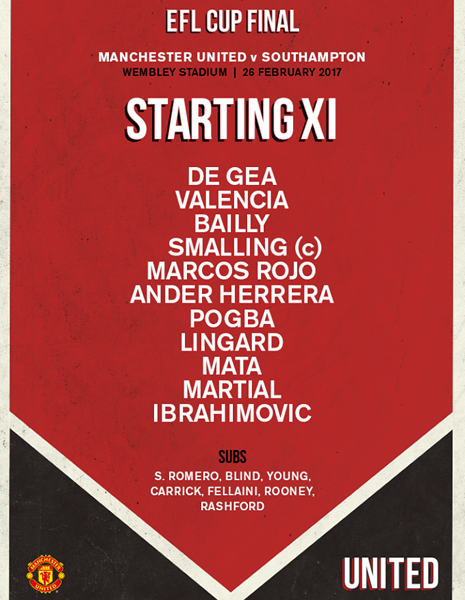