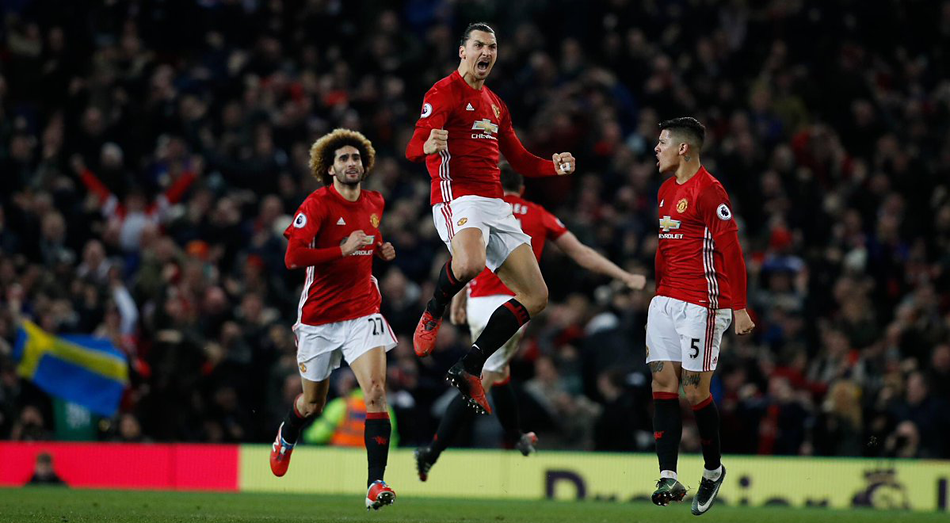 Manchester United played poorly and being 0-1 down it looked like Liverpool were gonna take the important three points.

But as long as you have Zlatan there is always hope and in the 84th minute he saved United by heading the ball in the back of the net and the game ended 1-1.

Mourinho chose a very attacking team and most of us expected United to storm forward and take charge of the game. They didn't, and Liverpool played better in the first half. Pogba had a great chance to score but instead he cleared the ball with his hands in the penalty box and Liverpool got a penalty in the 27th minute. Milner put it in the back of the net, 0-1 to Liverpool which was the score at halftime.

Manchester United played very poor today. The passing was sloppy, there was little movement, the defense acted nervously and they let Liverpool control the game. The midfield three, who has been excellent lately, were horrible and Zlatan did nothing up front. There were glimpses of attacks in the second half but not much worked.

Nothing pointed towards United at the end but then from nothing, boom! It was 1-1. Fellaini hit the post with a header, the ball went to Valencia who crossed it back to Zlatan in the box. Grande Ibra touched the ball perfectly with his head and the ball went in goal via the crossbar. Incredibly important goal from Zlatan, 1-1. United pushed for another goal but the game ended 1-1.

Zlatan started the game and had a very quiet first half, not getting many balls at all.

He was kind of close to scoring two times in open play and took a freekick from just outside the box which Mignolet but none of the two chances were real chances to be honest. One was him almost catching a bad back pass from Lovren, but the ball went over the bar. The other was a difficult volley from a bad angle and the ball went wide. But not much happened around Ibra in the first half.

He was even less involved in the second.

United played badly and did not find him at all. He played a few good passes but his overall performance up until the 84th minute was quite poor.

But it didn't matter in the end because he was there and scored. Again.

In the 84th minute when United desperately tried to force the winning the goal, Fellaini hit the post with a header, the ball went to Valencia who crossed back to Zlatan on the six yard box line. Zlatan timed the header perfectly by bending his neck down and very nicely lobbed the ball in the back of the net via the crossbar.

Incredibly important goal from Zlatan which meant an important point for United.

It was Zlatan's 14th Premier League-goal, which put him side by side with Costa and Sanchez as the top goalscorer. 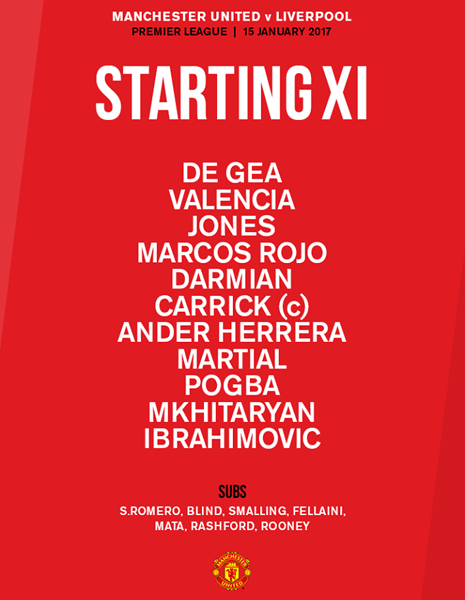