MAN UTD GOT THE ENGINE GOING 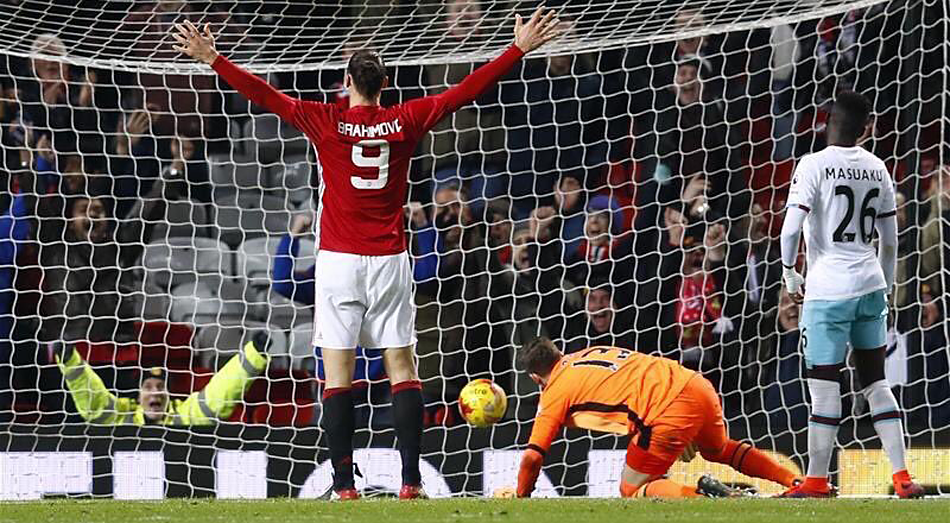 Zlatan has gotten his goalscoring form back.

United played really well, Mkhitaryan and Martial was on fire.

- I played very well, like in the other matches, Zlatan said after the game.

IBRA-GOAL IN THE SECOND MINUTE

On Sunday's league game between the same teams West Ham scored in the second minute. Tonight it was Manchester United's turn. Rooney found Mkhitaryan with a great pass, Zlatan overlapped, Mkhitaryan backheeled it nicely to Zlatan who forced himself past a West Ham-defender and chipped it over Adrian. 1-0 to Man Utd.

Manchester United had everything in the first half hour and should have scored more goals. Zlatan missed three clear cut chances as well as Rooney and Martial. Instead West Ham created an attack in which De Gea made a mistake on. Payet shot and he should have caught it but let the rebound straight out to former United-player Fletcher, who put it in the back of the net. 1-1 at halftime.

Manchester United started the second half as energetic as in the first and scored after a couple of minutes. Valencia beautifully backheeled it through to Mkhitaryan who passed diagonally back to Martial, who shot with power and placement up into the top left corner. 2-1 to Manchester United, Mkhitaryan's second assist of the game.

...AND ANOTHER ONE FIFTEEN MINUTES LATER

Man Utd didn't slow down after 2-1 and in the 62nd minute Anthony Martial scored his second of the game. Zlatan set it up with a perfect through pass to Valencia on the right hand side, the Colombian dinked a nice pass back to Martial in the box, and Martial tapped it in. Zlatan then scored his second of the night in extra time, from a meter from the goal line into an open net. 4-1 to Manchester United at fulltime and they are through to the semifinal in the League cup.

Zlatan started the game and couldn't have gotten a better start.

Already in the second minute in Manchester United's first attack he scored his 10th goal in the red shirt.

Mkhitaryan found him centrally just outside West Ham's box on a great counterattack and Zlatan got open with Adrian in West Ham's goal. He got enough time to look up and then chip it perfectly over the goalkeeper's leg who then kicked Zlatan on his knee, hurting him. At first it looked a bit worrying but he was quickly up.

He then unfortunately missed three more clear chances before halftime.

He didn't create as many chances in the second but was involved in the beautiful 3-1.

He found Valencia with a perfectly balanced through pass and Martial scored on Valencia's low cross. He shot a hard free kick on goal and was very close at the end but Adrian made a great save.

It looked like he was gonna go off the pitch with one goal under his belt but in extra time he made it two by tapping Ander Herrera's great pass into the open net.

Two goals and a great performance by Zlatan.

The League Cup quarterfinal against West Ham ended in a 4-1 win. Besides the victory today your game looked really good throughout the match. Would you like to comment on the way you executed the match?

ZLATAN: "Very well played by us."

You both opened and closed the scoring today, and were involved in a lot offensively, for instance the 3-1 goal. What do you think of your own performance today?

ZLATAN: "I played very well, like in the other matches."

You created chances, passing worked well, you scored goals, and you seem to be getting along splendidly on the team. It looked really good today. How much better is Man Utd today than your placement in the league right now?

ZLATAN: "We should be placed higher."

Bastian Schweinsteiger made a long awaited comeback in the second half, his situation on the team has been discussed a lot in the media. Basti were involved in the build-up for your second goal. How well have you got to know the 32-year old former world champion, and what do you think of his qualities today?

ZLATAN: "World class with a lot of experience." 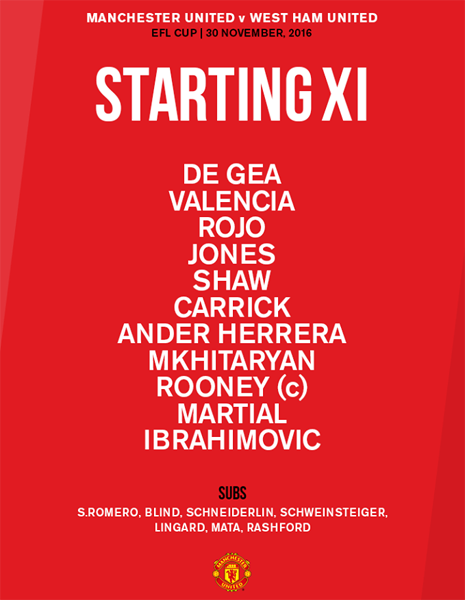