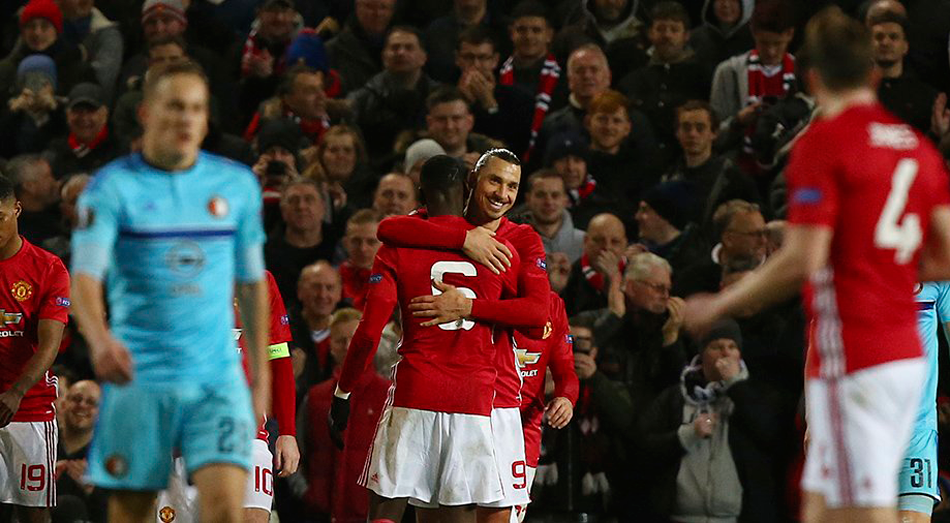 The crowd at Old Trafford got to see a fluent, attacking Manchester United comfortably beat Feyenoord 4-0 in the Europa League tonight.

Zlatan got an assist to Rooney's 1-0 and "scored" when he forced goalkeeper Jones to score an own goal.

– I didn’t feel that good. I haven't played in three weeks, and I felt it both in my game and body, Zlatan said about his own performance after the game.

Mourinho gave this summer's signing Henrich Mkitaryan the chance from start and his enthusiasm inspired the team and Wayne Rooney, who played a great game tonight. He nicely lobbed the keeper for the first goal in the 35th minute, well set-up by Zlatan, who got his second assist in the Manchester United-shirt. 1-0 to Man Utd.

Manchester United dominated the game and despite a few chances in the beginning, Feyenoord had nothing. It was still 1-0 until the 70th minute when Wayne Rooney beautifully assisted Juan Mata to 2-0. Five minutes later Zlatan got the ball out on the goal line, tried to find players in the middle but the ball went via goalkeeper Jones' legs and into the goal. 3-0, Zlatan's goal (but correctly registered as an own goal).

Mata's and Zlatan's (kind of) goals decided the game and Manchester United played off the last fifteen minutes wit great passing and movement. Both Rooney and Mkhitaryan (the two best players on the pitch) came off and Jesse Lingard came on and scored a nice goal in extra time, 4-0. Comfortable win for Manchester United, who are through to the playoff stage.

He wasn't poor, he got the ball alot and often distributed it well out to the flanks as well as linking up both Rooney and Mkhitaryan well a few times.

He had three attempts, of which two were blocked and one was saved by the keeper Jones. He probably should have scored on that one.

Same Jones then helped him to get the ball in the back of the net in the 75th minute, it was Zlatan's goal, but it was correctly registered as an own goal.

His highlight of the game was probably his assist to Wayne Rooney's 1-0 where he waited out the Feyenoord-defense and then opened up Rooney with a left pass inside the penalty box.

Decent performance from Zlatan, who was involved in three goals and got an assist.

But since it's Zlatan we must admit he could have done more.

The match against Feyenoord ends 4-0, a comfortable win for United. What do you think of the match?

ZLATAN: "The team did a good match."

You played the whole game, and got a goal and an assist. What do you think of your own performance?

ZLATAN: "Didn’t feel that good. I haven't played in three weeks, and I felt it both in my game and body."

As you mention, tonight’s win was your first competition match since the away game against Swansea, November 6th. How is the form, and how has the longer rest affected you?

Henrikh Mkhitaryan, another United new recruit, was on the starting lineup after getting very little match time previously in the season. What is your perception of the Armenian midfielder, and what do you think of his performance tonight?

ZLATAN: "Best player on the pitch." 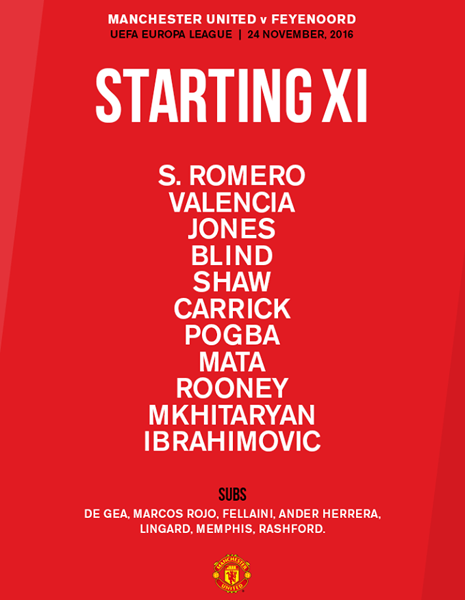