SCORED FOUR GOALS IN THE FIRST HALF 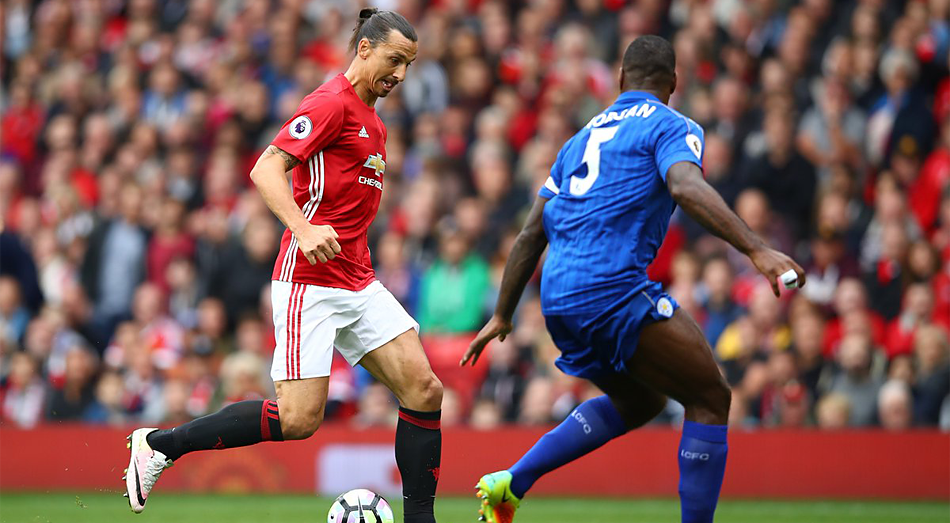 United completely crushed last season's champions Leicester 4-1 after scoring all four goals in the first half.

The team looked very inspired and was in the lead 4-0 already at halftime.

– We played well today. Simple and with movement, Zlatan says after the game.

Manchester United started the game without Wayne Rooney, who have underperformed lately and United came out firing. They were the better team in the first half hour and had the lead 1-0 after a nice header from Smalling on an equally nice corner from Blind. They then completely ran Leicester over in the last fifteen minutes of the first half.

It was a completely different Man Utd playing today. Movement, creativity and energy. And they scored more goals, three in five minutes. First Juan Mata made it 2-0 after a great attack in the 37nd minute, Marcus Rashford scored 3-0 after a smart short corner from Blind in the 40th and finally Paul Pogba scored his first goal in the United-shirt, another Blind-corner found him in the box and it was 4-0 before halftime (!). Spectacular half from Man Utd.

Leicester scored a beautiful consolation goal in the 60th minute. Demarai Gray fired from 25 meters out on the left hand side and the ball went high up in De Gea's top left corner. 4-1. Leicester stepped up their game in the second half and it was more even. Both teams had a few chances for more goals but the game ended 4-1. Great win for Man Utd.

Fired his first shot in the 7th minute, but the right foot semi-volley went over and wide.

His second was closer and what goal it could have been. Pogba found him with a great lobbing through pass, Zlatan took it beautifully with his chest and bombed it centimeters over the bar. Very close.

He served Rashford with a great opening pass which the youngster should have handled better and scored, but unfortunately shot over.

He played very well in the first half with few mistakes and could stand and watch his team score three goals in five minutes.

His second half was decent, he had a few chances to score. He won a duel against Huth in the box in the 53rd but the header went wide and in the 66th minute he got his first attempt on goal, a right foot shot from just outside the box, Zieler made a great save.

Even though he didn't score he constantly looked dangerous and today the team effort was more important than anything. 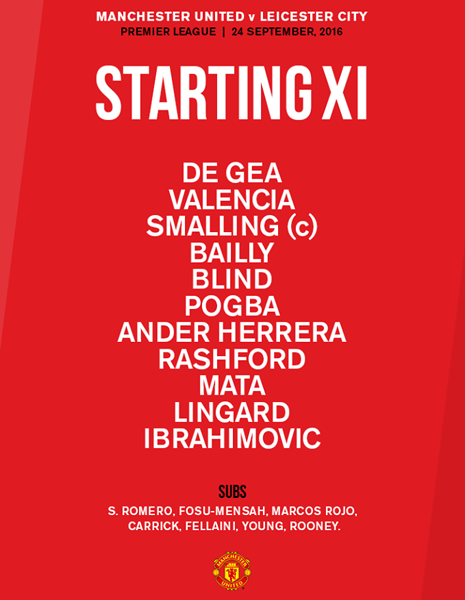 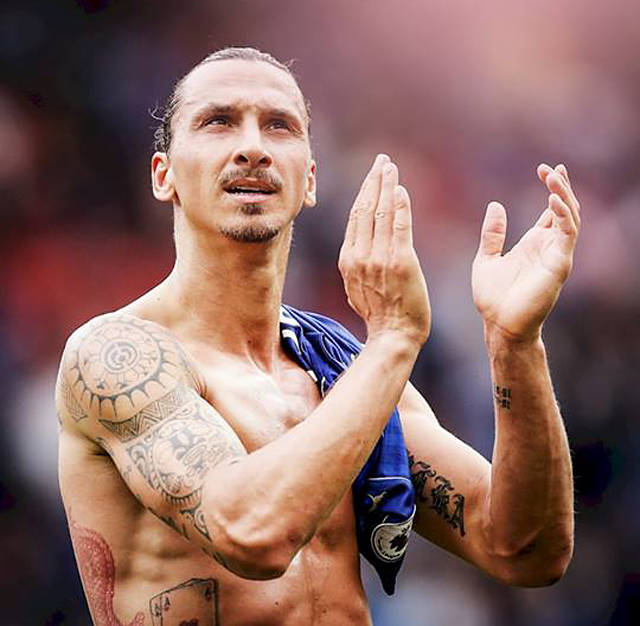 The meeting with the reigning champions Leicester ended in an impressive 4-1 win. What was it that made everything come together for United today?

Zlatan: "We played well today. Simple and with movement."

Jose Mourinho made a number of changes in the starting lineup, and both Rooney and Fellaini started the match on the bench. How big a part did these changes play in your performance flowing faster and smoother than before this season?

Zlatan: "Like all big teams we have many good players. It allows him to rotate the squad."

You didn't score, but were involved in most offensive actions. Are you happy with your own performance and the role you got today?

Leicester are reigning champions, but haven't started this season as impressively as last year. Do you think Leicester still can fight for the title – and can your United after today's display get back in the fight for the gold?

Zlatan: "It will be difficult for all teams as this is a really tough league."