ANOTHER LOSS FOR MAN UTD

WATFORD WERE BETTER - UNITED FAR FROM THEIR POTENTIAL 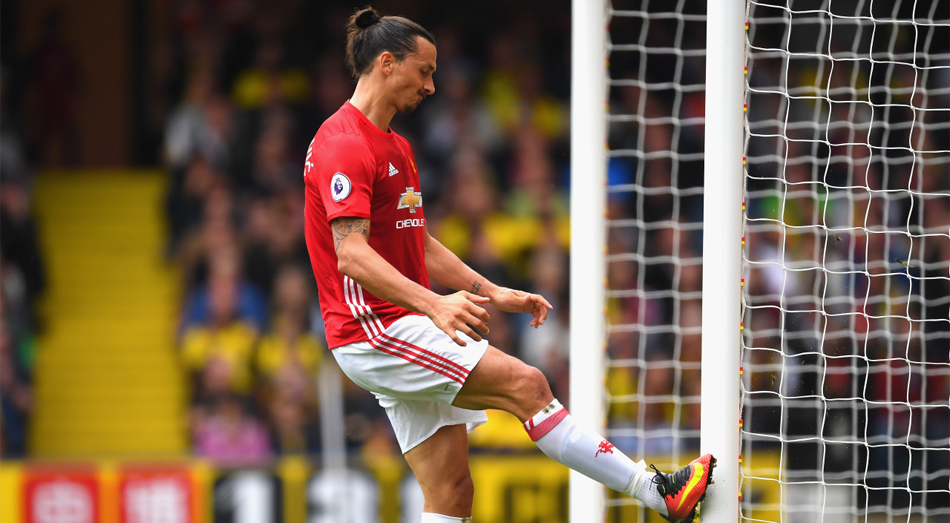 Manchester United's great start of the season has come to a sudden standstill.

Today they lost their third straight game when Watford won 3-1 on Vicarage Road.

Zlatan was involved in Rashford's 1-1, but failed to score.

WATFORD BETTER IN THE FIRST - SCORED THE FIRST GOAL

Watford started the game best and created several chances in the first half. Ighalo definitely should have scored in an open net but badly missed and Deeney forced De Gea to make a great save with a header. Pogba then hit the crossbar with a heavy shot but it was Watford who took the lead in the 34th minute. Capoue scored after Martial dropped the ball in Man Utd's own half. 1-0 to Watford at halftime.

Man Utd kept playing badly in the first fifteen minutes of the second but then Zlatan took an initiative. Picked up the ball deep, passed to Rashford, got it back and then chipped the ball with precision into the penalty box - the ball bounced on Watford's Behrami and landed in front of Rashford's feet and the 18-year old put the ball in the back of the net. 1-1.

Man Utd pushed forward for the winning goal, Zlatan had a good chance in the 79th minute with a header in the box but Gomes made a great save. Instead Watford came in an attack and scored the winning goal. Roberto Pereyra crossed into recently subbed on Zuniga, who shot a wellplaced right foot shot which De Gea couldn't stop. Fellaini then fouled goalscorer Zuniga in the box in extra time and Deeney scored on the penalty. 3-1 to Watford, the third straight loss for Man Utd.

Started the game but wasn't particularly involved in the first half.

Manchester United failed to create many organized attacks and Zlatan suffered from it.

Had one great chance in the box but his left foot shot went wide of the goal.

Got semi-open with Watford's goalkeeper Gomes in the 41th minute but Prödl caught up with him an blocked the shot.

Was more involved in the beginning of the second half.

Got an opportunity just outside the box but mishit his right foot volley and the ball went wide.

In the 62nd minute he made his mark. Got the ball deep - played a great one-two with Rashford - ran down the left hand side and crossed back into Rashford, who after have missed the header scored on a lucky rebound.

In the 79th minute he got a good chance to decide the game.

Fellaini put a high but accurate cross for Zlatan who confidently headed the ball with power on goal but Gomes made a good save.

He didn't create any more chances and had to walk off the pitch with the feeling of the third straight loss, something remarkably unusual for Ibra. 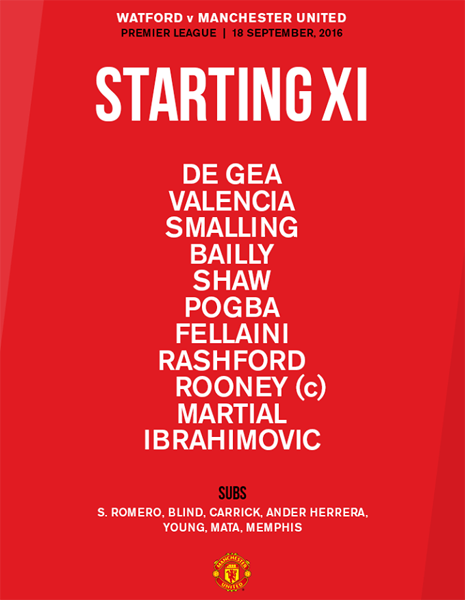