HAS HE EVER BEEN BETTER? 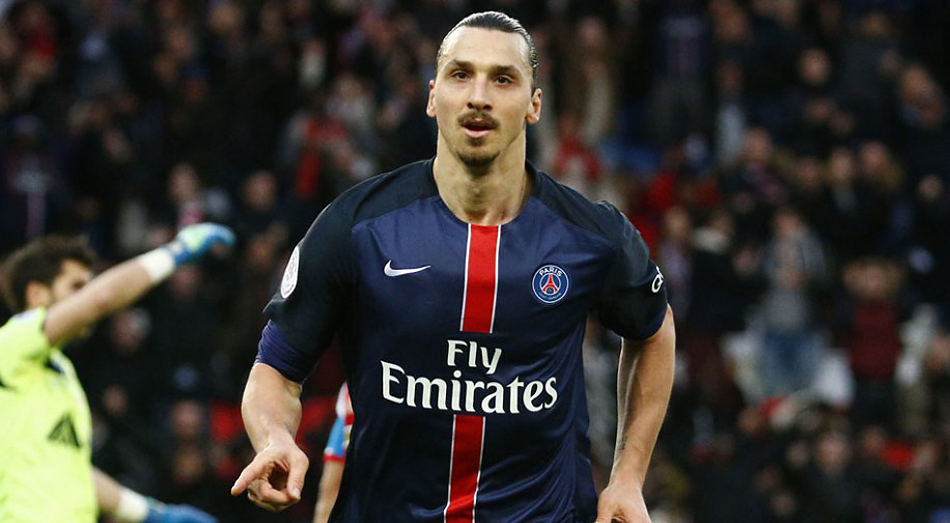 Has Zlatan ever been better?

Tonight he scored another two goals and made two assists when PSG crushed Reims at home.

– It felt good today. We are close to the trophy, Zlatan said after the game.

Reims went Parc des Princes with little hope as mighty PSG hadn't lost in 35 league games and coming from a 2-1-win against Chelsea in Champions League in the week surely this could only end one way.

It sure did thanks to a certain Swede.

PSG started the game looking inspired and playful. They had several creative combinations in the first ten minutes and in the 12th minute Zlatan served Van der Wiel with a beautiful through ball. The Dutchman didn't have to adjust the ball at all since the ball by Ibra was that perfect and he placed it with precision. 1-0 to PSG, assist by Zlatan.

Everything looked like it should for Paris until the 34th minute when Nicolas de Preville struck a freekick cross into PSG's penalty area. What seemed like miscommunication between Trapp and Kurzawa resulted in Oniangue heading the ball into the net via Trapp. Reims-goal, 1-1.

MAGICAL HALF BY IBRA

After the equaliser Reims got confidence and the game evened out. But just before halftime Zlatan stepped up and both scored and made another beautiful assist. First he shot his own rebound into the net with his left in the 43rd minute to 2-1 and just a minute later he so skillfully flicked another opening through ball, this time to Cavani who scored nicely. 2-1 and 3-1 to PSG, which became the halftime result.

The second half was quite slow and PSG didn't storm forward. Di Maria had to go out just before halftime and Verratti was subbed during the break. But Zlatan wanted more. In the 68th minute Zlatan scored his second goal of the night. Van der Wiel's cross came to (an offside-standing) Zlatan on the far post and Ibra hit the ball directly with his left, perfectly placed. 4-1 to PSG, Zlatan's 23rd league goal.

His first half was amazing. What more can you ask for than one goal and two assists in 45 minutes? He served Van der Wiel with an excellent through pass to 1-0 in the 12th minute, his 9th league assist this season. The middle of the half was relatively quiet but then he finished powerfully.

In the 43rd minute he got the ball just outside Reims' box, advanced and shot with his left - the shot was blocked and bounced back to Ibra again - who shot the ball with his left next to Carrasso. 2-1, Zlatan's 22nd league goal this season.

And then just before the halftime whistle he gave the crowd at Parc des Princes another beautiful assist to cheer about. He met the ball - magically saw Cavani running towards goal - and with one touch perfectly put the ball to the Uruguayan who scored. Ibra's 10th league assist this season. What an incredible first half.

And so in the second half, he scored his second goal and got his fourth point. A great Van der Wiel-cross reached him at the far post and he strongly put the ball in the back of the net with his left foot. His 23rd league goal of the season.

2 goals + 2 assists, what an amazing game by Ibra. 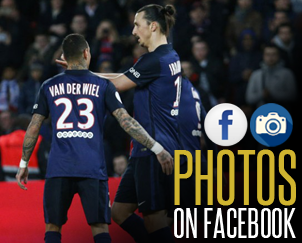 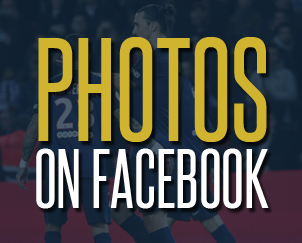 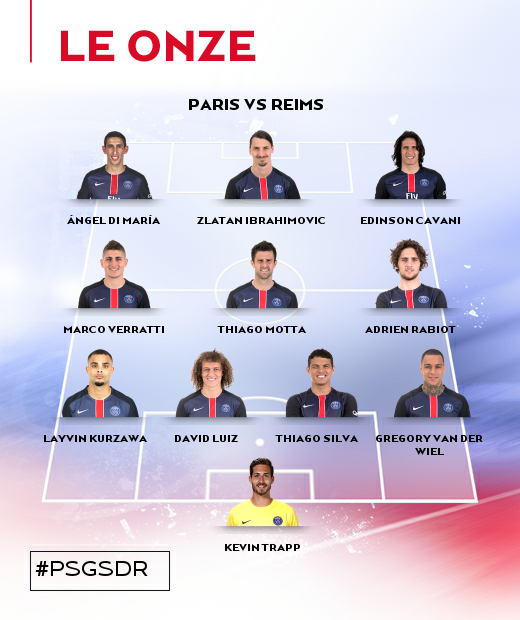 "WE ARE CLOSE TO THE TROPHY" 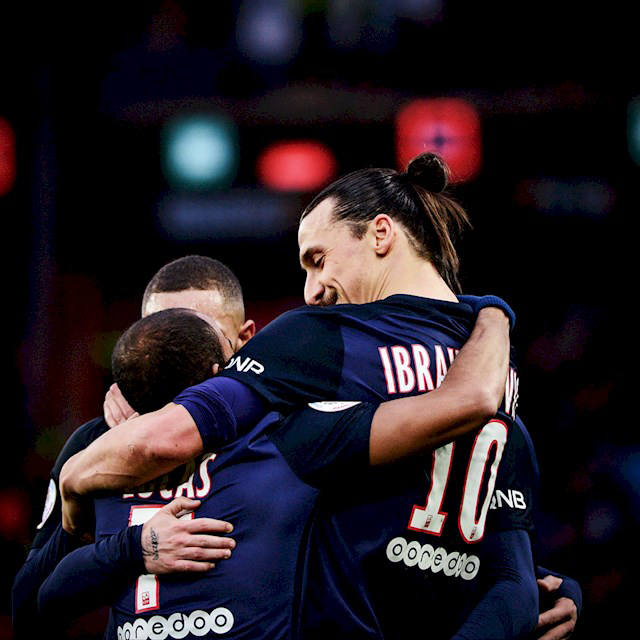 Tonight, it was Zlatan Show at Parc des Princes as PSG won against Stade de Reims 4-1. What are your thoughts after the win?

ZLATAN: "A good win, we are close to the trophy."

You delivered two goals and two assist, and you were a constant threat to Reims' defense. What do you think of your own performance, and the fact that you now lead both the top scorers table and assist table?

We have touched this subject before, but constantly get new reasons to return to it. At the age of 34, what is it that makes you do the best season of your career?

Before the match, there was a short farewell ceremony for Ezequiel Lavezzi, the Argentinian winger who has won nine titles with PSG. What can you say about your teammate who now leaves for Hebei China Fortune?

ZLATAN: "We will miss him, both on and off the pitch."