ZLATAN SCORED AGAINST CHELSEA - PSG BRING 2-1 TO THE RETURN 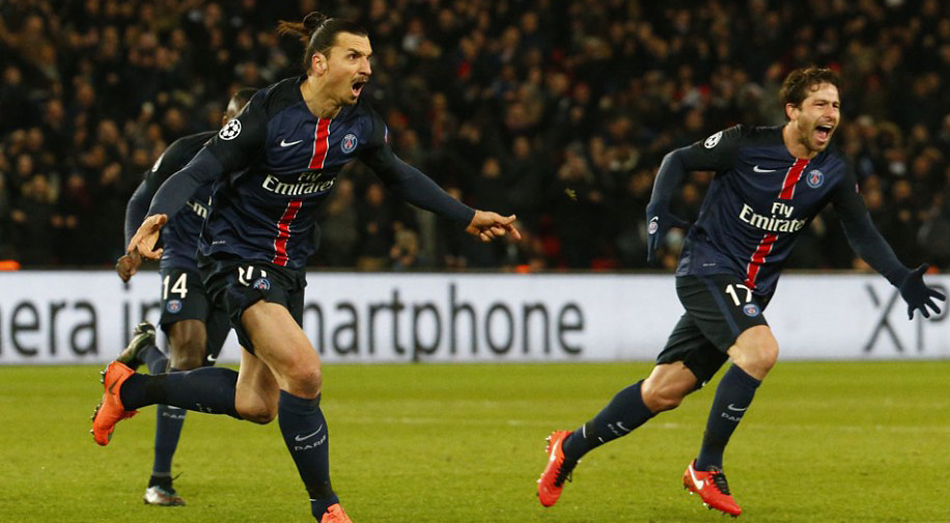 Zlatan has had problems against Chelsea before.

This year he showed his true self - scored the opener - and gave PSG the advantage against Chelsea in "the new Classic".

– We'll go ahead just like today, Zlatan said about the return after the game.

So, finally! PSG-Chelsea in the Champions League Round of 16 game 1:2. Before the game Parc des Princes was boiling, Verratti was back in the starting eleven and Zlatan had fire in his eyes. This is how PSG won the first game.

The first half was a great football half. PSG played really well, using their quick passing to open up Chelsea's defense and with Verratti back in the middle they looked effecient, confident and dangerous. Zlatan had several chances, but Courtois stopped everything. Until the 39th minute. Then Ibra took a freekick from pretty close, his hard shot bounced off Ivanović's leg and fooled Courtois, 2-1 to PSG! Important first goal.

1-0 at halftime felt like a great result for PSG but just seconds before referee Carballo was gonna blow his whistle, Mikel made it 1-1 for Chelsea. A Willian corner touched Zlatan's head and landed on Mikel's thigh which he skillfully placed in the net. 1-1, which was the result at halftime.

In the beginning of the second half both teams attacked and the game was pretty open. But after about fifteen minutes PSG completely took over and the rest of the game was a storm against Chelsea's goal. Chance after chance after chance and eventually the goal came. A beautiful through ball by Di Maria in the 78th minute reached subbed Cavani, who alone with Courtois showed confidence and composure and placed the ball underneath he Belgian goalie. 2-1 to PSG, which despite even more chances became the final result.

Ibra was involved, active and confident form the very start. He constantly won duels against the Chelsea-defenders in the first half and had several dangerous attempts. He made very few mistakes and helped his team alot. He did get a yellow card after an unlucky but quite ugly foul on Mikel, but most importantly he scored the 1-0-goal in the 39th minute.

A hard low freekick touched Ivanović in the Chelsea-wall and passed Courtois who threw himself to the right. Zlatan's third Champions League-goal this season and 46th total.

He didn't have as many attempts in the second (1) but his half was good. He showed himself alot, had a good passing percentage and challenged his defending opponents. His only chance in the second was a great one, but Courtois made himself big and made on of many excellent saves this evening.

Ibra scored his 28th goal in 33 games this season. 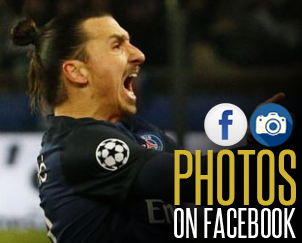 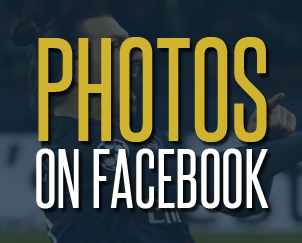 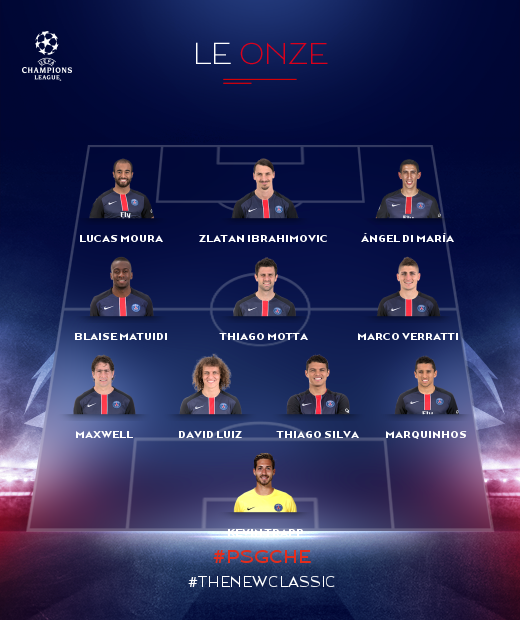 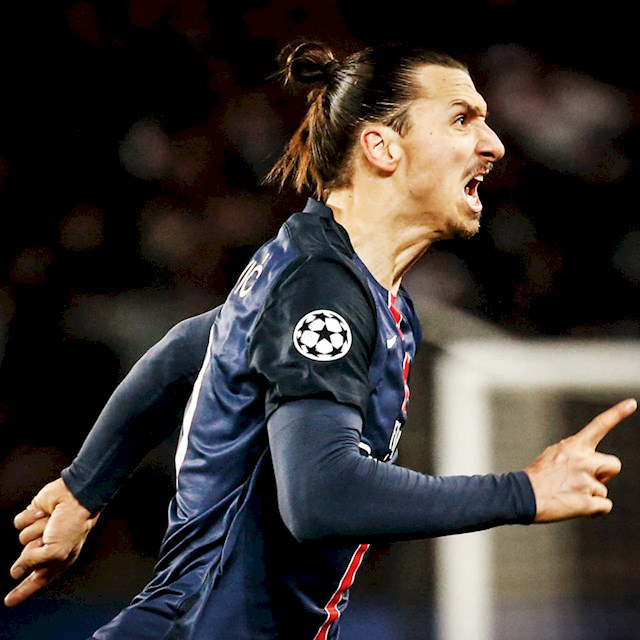 You won the match against Chelsea 2-1 after a goal each by you and Edinson Cavani. What do you think of your own and PSG's performance?

You scored PSG's first goal on a free kick in the 39th minute. A few words about the goal?

After the win tonight a thriller awaits at Stamford Bridge. What are your thoughts about the next match, and going to London with a 2-1 score?