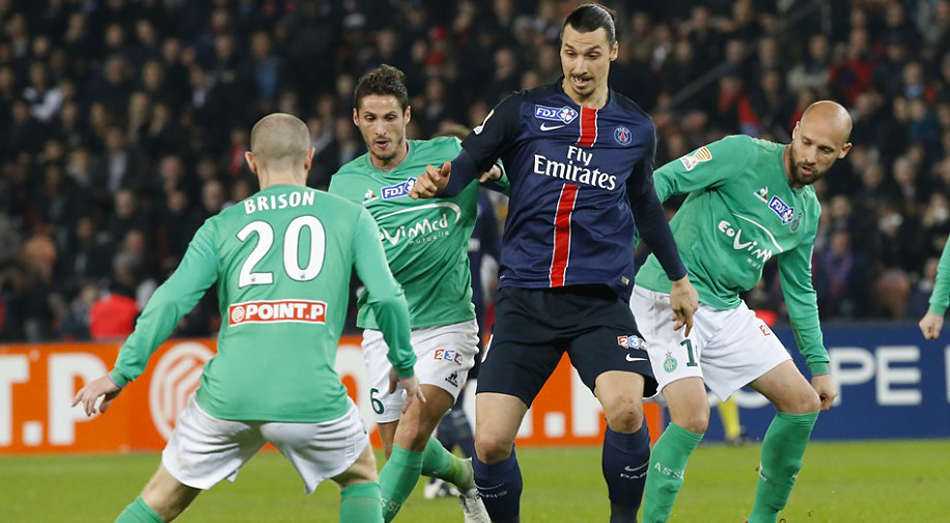 PSG are through to the League Cup quarterfinal.

Despite not performing their absolute best they defeated Saint-Étienne 1-0 after a late goal by Edinson Cavani. Zlatan was taken off in the 62nd minute.

– We won a not that great a match, Zlatan said after the game.

PSG welcomed Saint-Étienne to Parc des Princes in the first cup-game of the season. Blanc rotated heavily after Sunday's win against Lyon but Zlatan was still in the starting XI. PSG controlled the game but didn't create as many chances as usual. A late goal by Cavani gave PSG the win.

ZLATAN CENTIMETERS FROM AN INSANE WONDERGOAL

PSG controlled the game in the first half. Verratti was back in the starting XI and owned the midfield, up front Zlatan had Lucas and Lavezzi next to him. No really dangerous chances were created until the 25th minute when Zlatan hit the crossbar with an insane bicycle kick. It would have been a crazy wondergoal but unfortunately it was a tiny bit too high. PSG took over more and more after Zlatan's chance but despite a few decent chances, it was 0-0 at halftime.

Even though PSG owned possession and tried to create chances you could tell this was a somewhat less important game. The last focus and concentration just wasn't there, no major chances were created in the second either. Blanc replaced Verratti and Zlatan with Di Maria and Cavani in the 62nd minute.

The substitutions payed off in the 86th minute. Then Ibra's replacement Cavani scored and won the game for PSG. A supercross from Di Maria reached Cavani behind the Saint-Étienne and Cavani perfectly placed the ball on volley with his right. 1-0 to PSG, which became the end result, Paris through to the League Cup quarterfinal.

Without both Di Maria and Cavani next to him alot of the offensive responisibility was on Zlatan. The first half was relatively quiet, from both Zlatan and whole PSG. He had a couple of magic touches and some nice passes and the highlight came in the 25th minute. Then he was only centimeters away from scoring on a beautiful bicycle kick. After a corner the ball came in the air to Zlatan, who bicycled perfectly with such control and the ball was placed... almost perfect, it hit the underside of the crossbar. He had two total attempts in the first half, the second was a freekick wide from long range.

He didn't have much time to score in the second. He had a hard right shot blocked and a technically difficult volley over the crossbar before he was subbed for Cavani in the 62nd minute. This was a league cup-game and Ibra has played alot lately so it made sense for Blanc to spare him. 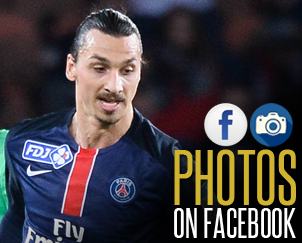 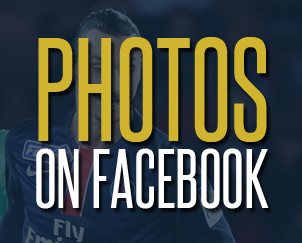 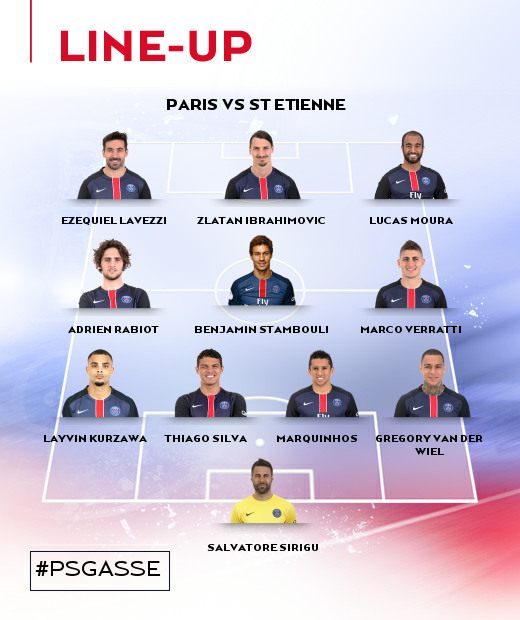 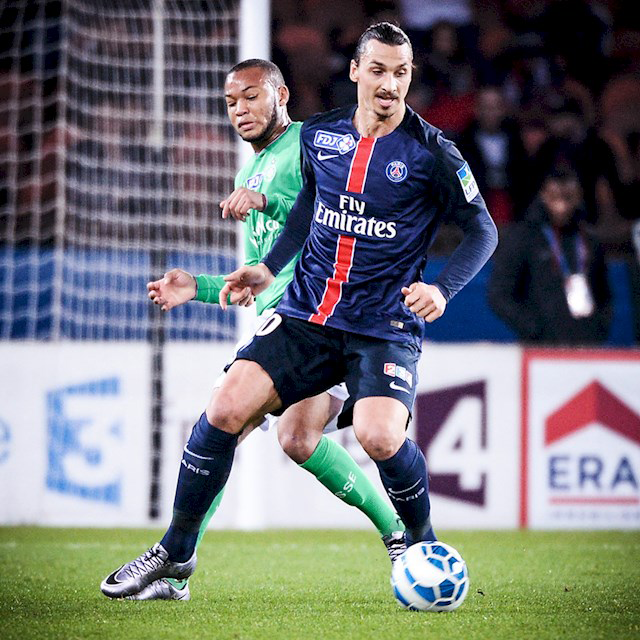 Tonight's match in the round of eight against Saint-Etienne turned out to be a harder nut to crack than expected. Despite a massive domination of ball possession there wasn't a goal until the 86th minute. What do you think of tonight's win?

ZLATAN: "We won a not that great a match."

You got substituted in the 62nd minute and didn't get on the score sheet. What do you think of your own performance?

ZLATAN: "I played well, but I didn't get many chances."

The deciding goal was scored by substitution Cavani on a pass from the other sub of the night, Angel Di Maria. Is it mistake not to start with the normal striker trio in an important cup match like this, where it's do or die?

ZLATAN: "We have to rotate the team, there are many more matches ahead."