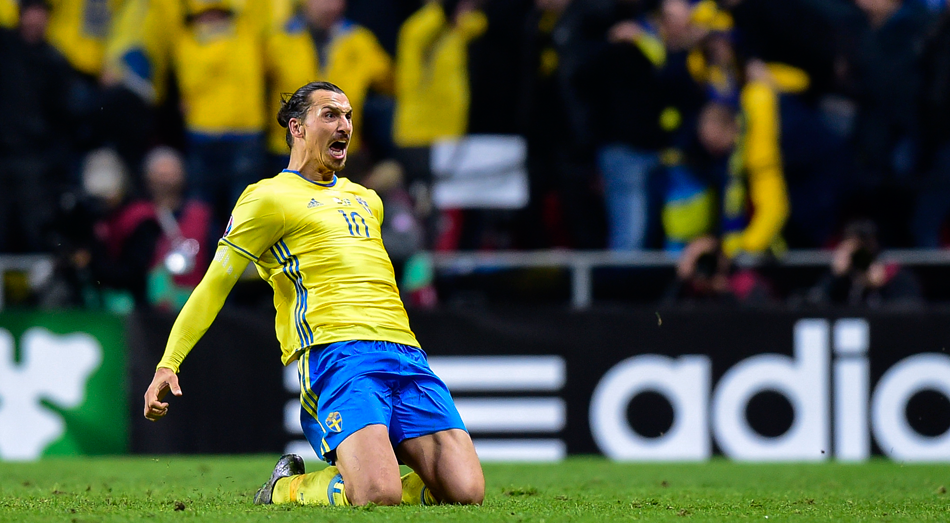 Zlatan is unique. There is only one Zlatan.

Tonight he sent Sweden to EURO all by himself.

– I can't describe it. What can I say? We are qualified for EURO, I am happy for everybody, for the entire country, Zlatan said after the game.

Sweden are through to EURO 2016 after a magical performance by Zlatan.

He scored two goals - the second was a perfect freekick that decided the game.

DANISH POST-HIT IN THE 8TH MINUTE

Denmark started intensively and were extremely close to scoring already in the 8th minute. Yussuf Poulsen's shot was on it's way into Sweden's goal but Kim Källström threw himself and cleared the ball.. up into Sweden's crossbar and out. Very close.

Instead of 1-0 to Denmark after 8 minutes and a supertough position for Sweden, the opposite happened. And who did if not Zlatan? On a brilliant trick-corner in the 19th minute, Källström struck it low into Zlatan who hit the ball with precision with his right. Schmeichel was fooled, the Danish defense was fooled. 0-1 to Sweden, Zlatan scored again.

SWEDEN CLEARLY BETTER IN THE FIRST HALF

Zlatan's goal became the only goal in the first half. Denmark had most of the possession but had problems creating dangerous chances. Sweden had several and of course it was Zlatan who created them. Agger was close to scoring an own goal on a Zlatan-cross and Schmeichel made a great save on one Zlatan-chance. But no more goals. 0-1 to Sweden at halftime.

PHYSICAL STRUGGLE IN THE SECOND

Denmark tried to push forward in the second but Sweden displayed a great defense. Both Granqvist and Johansson in the central defense cleared the ball time after time and Lewicki and Källström fought in the middle. No real chances had been created when it was twenty minutes left.

And then Zlatan stepped up. Literally.

An absolutely beautiful perfect freekick up in Schmeichel's top corner.

He had scored his second, his third total in these two games.

DENMARK SCORED TWICE BUT SWEDEN THROUGH TO EURO

Zlatan's 0-2 meant 1-4 total and Denmark had to score four more goals. They scored two, by Poulsen and Vestergaard but that was of academic importance. The game ended 2-2, Sweden won total 4-3 and SWEDEN ARE THROUGH TO EURO 2016.

Amazing in the first half. Took massive defensive responsibility, made very few mistakes and most importantly, scored the only goal. On a brilliant trick-corner, Källström struck it low into Zlatan who hit the ball with precision with his right. Schmeichel was fooled, the Danish defense was fooled. 1-0 to Sweden, Zlatan scored again. He had a great chance later in the half but Schmeichel saved nicely. Total 4 attempts in the first, 3 on goal, 1 in goal.

The second half was tough for Ibra. Denmark pushed forward and he had to run and defend alot. But what mattered was what happened in the 76th minute. Ibra scored on an absolutely beautiful perfect freekick up in Schmeichel's top corner. Second goal, third total in these two games and his 61st and 62nd total for Sweden.

He put the pressure on himself and he carried Sweden all the way to EURO 2016.

Incredible, what a performance. 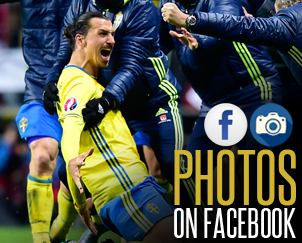 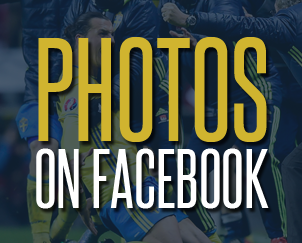 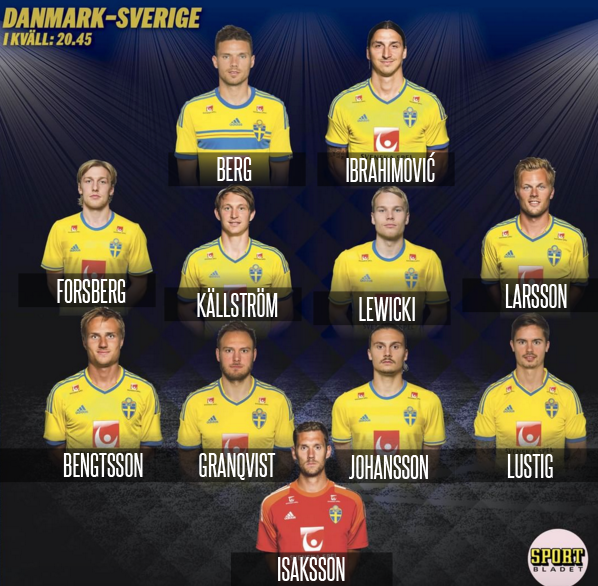 "THANKS FOR THE SUPPORT" 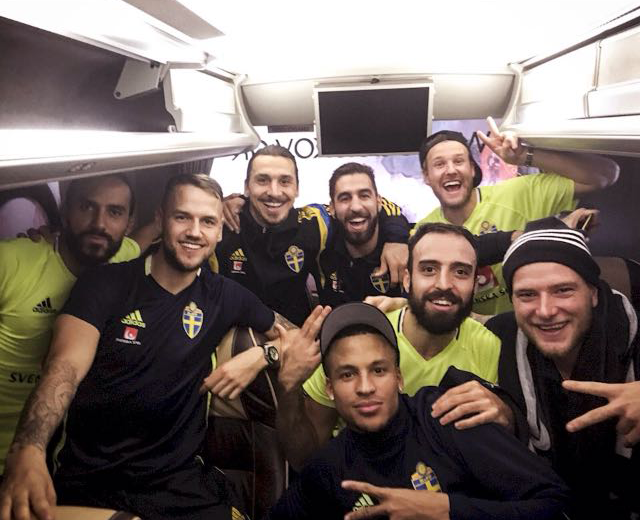 Congratulations on the strong performance tonight, two beautiful goals, and above all a place in Euro 2016 in France. How does it feel?

ZLATAN: "There is no way to describe it."

You scored the first goal on a perfectly executed corner kick. Was it a well-rehearsed combination that paid off?

Your second goal was an extraordinary free kick. Describe the fantastic strike.

ZLATAN: "I have been saving that shot."

What would you like to say to the Swedish fans who got to celebrate at Parken, at Friends Arena, and all over Sweden?

ZLATAN: "Thanks for the support! It wouldn't have been possible without you." 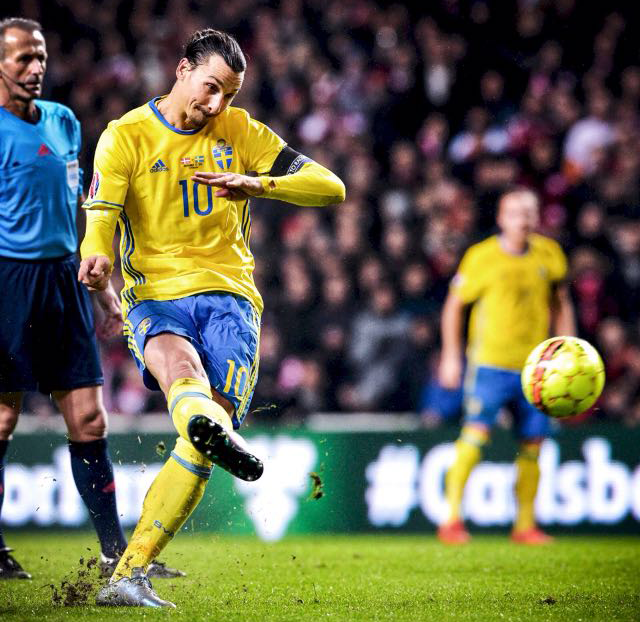 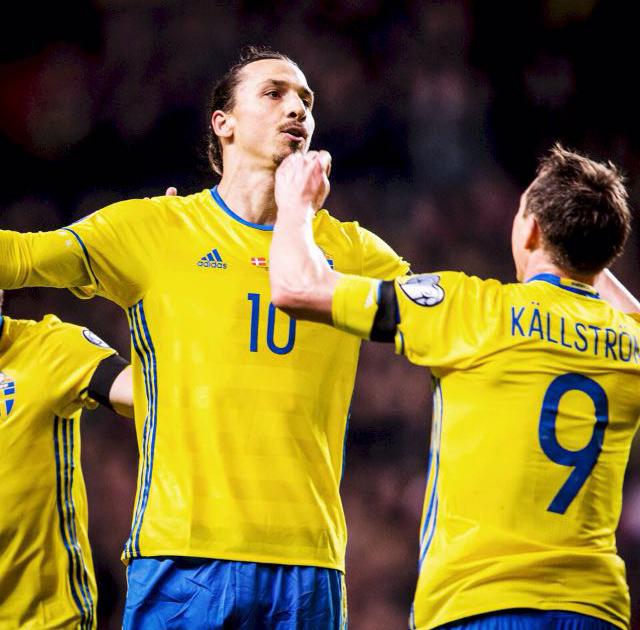 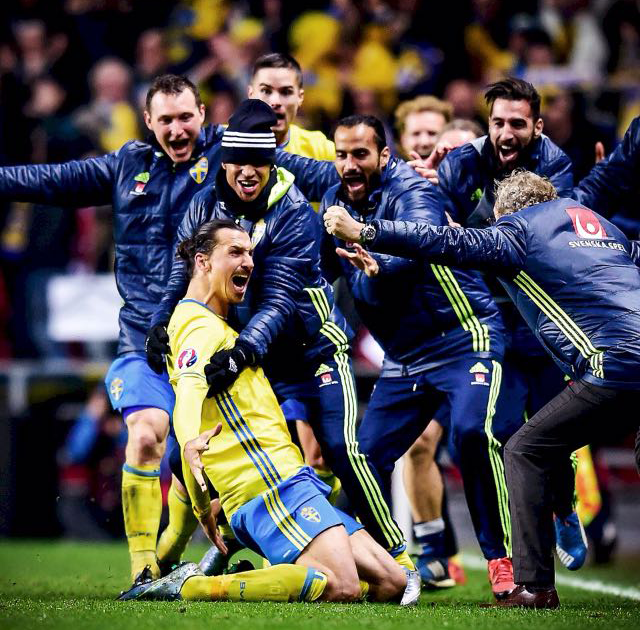 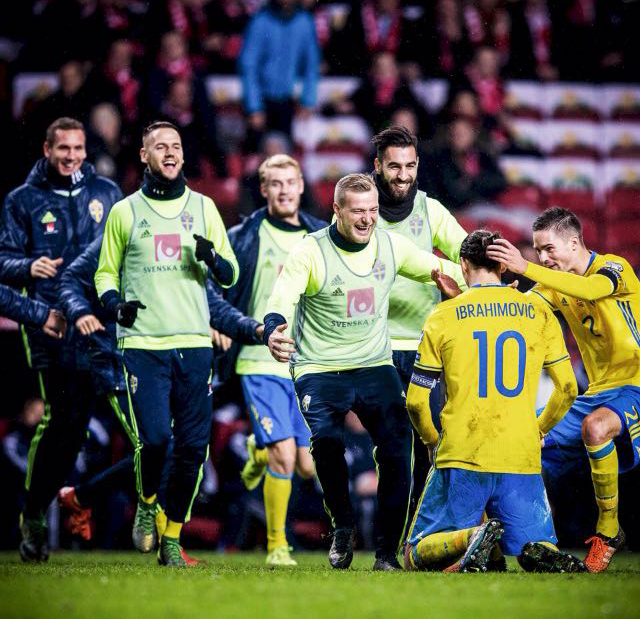 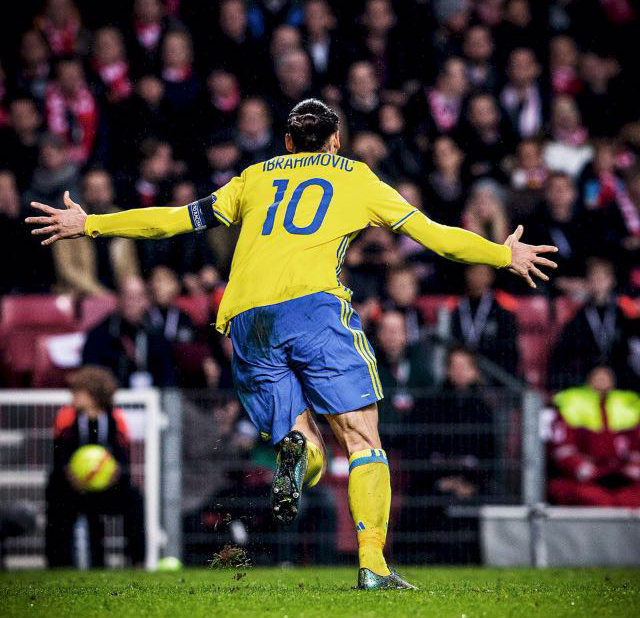