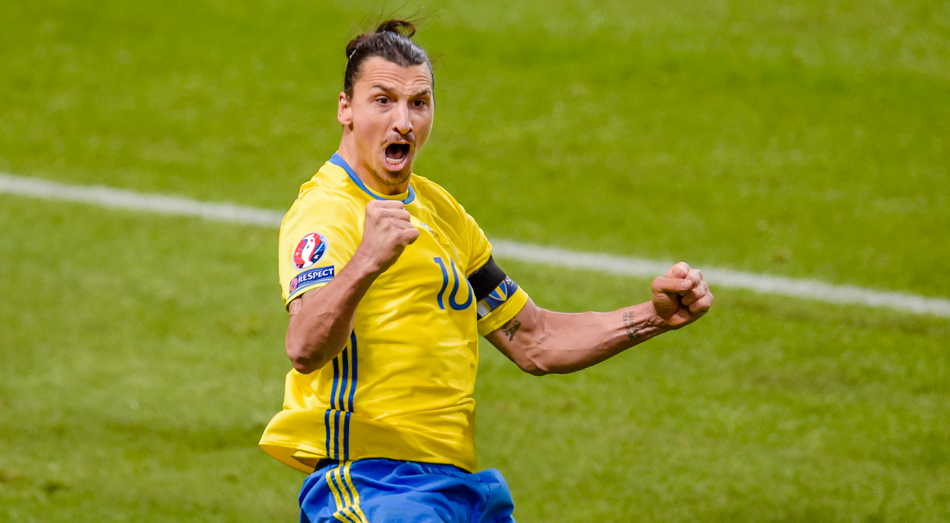 Sweden has the advantage against Denmark in the EURO-playoff after winning 2-1 at home. Emil Forsberg scored in the first half and Zlatan made it 2-0 on a typical superhard penalty. Sweden were the better team and the feeling after Denmark had scored and the end result became 2-1 was bittersweet.

– We did well today. We punished them when we got the chance and the game went exactly like we thought, Zlatan said after the game.

So it was time for the first EURO-playoff game out of two against Scandinavian rivals Denmark in front of a completely full Friends Arena.

The crowd got to see an inspired and well-playing Sweden in the first half. The midfield held their own, the defense took control of Denmarks tries and the attackers looked dangerous. Marcus Berg had two golden opportunities but goalkeeper Schmeichel saved one and one went wide. Zlatan was involved in alot.

Finally the goal came. A beautiful one. Jimmy Durmaz skillfully backheeled to Lustig on the right wing, the Celtic-defender moved the ball forward, saw Forsberg moving in the box and found him with a perfect pass. Forsberg, who had never scored for Sweden hit it perfectly with his right and the ball went just within Schmeichel's right post. 1-0, Sweden.

Many thought Forsberg's goal was the end of first half. It wasn't. Zlatan got a freekick in an excellent position, just outside the penalty area. He bombed with his right, the ball was heading for the top corner but there came Schmeichel flying. An equally excellent save, it was 1-0 at halftime.

Emil Forsberg was man of the match. In the 50th minute he tricked a couple of Danes, was tripped and received a rightly given penalty. Ibra of course stepped up and bombed it where he usually bombed his penalties, low left seen from him. Schmeichel had no chance, Zlatan scored his 60th goal for Sweden. 2-0 to Sweden, this was going better than planned.

Judging only the first 70 minutes Sweden should not be happy with winning 2-1. But a football game is 90 minutes and Denmark grew stronger and stronger in the last 20 minutes, while Sweden's players got more and more tired. In the 80th minute Jörgensen scored after a Poulsen-header gave him an open net. 2-1. Sweden were on their knees at the end and could have conceded another goal but considering Sweden dominated for 70 minutes, the result felt fair afterwards. 2-1, fulltime.

Zlatan carried Sweden just like he was expected to. He made very few mistakes with the ball and set up his teammates with nice passes. In the first half he served Marcus Berg with a perfect ball but Berg shot wide. Just before halftime he was very close to scoring with a great, hard freekick. But goalkeeper Schmeichel made an exceptional save.

He took revenge in the beginning of the second when he scored on a penalty. Collected and focused he stepped up and shot in his favorite corner, in fact all his 9 penalties for Sweden he has shot in the left corner, seeing it from Ibra.

Schmeichel had no chance this time and it was 2-0.

Towards the end Zlatan's cold reminded of itself and Zlatan got very tired and barely could breath, so he told Hamrén he needed to be taken off, which he was in the 82nd minute. An excellent game from the Sweden captain who now has scored 60 goals in 110 games for Sweden. 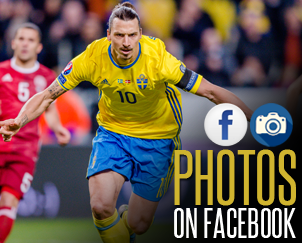 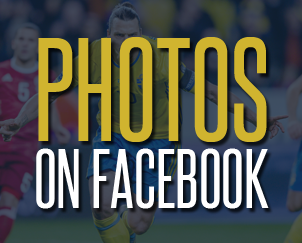 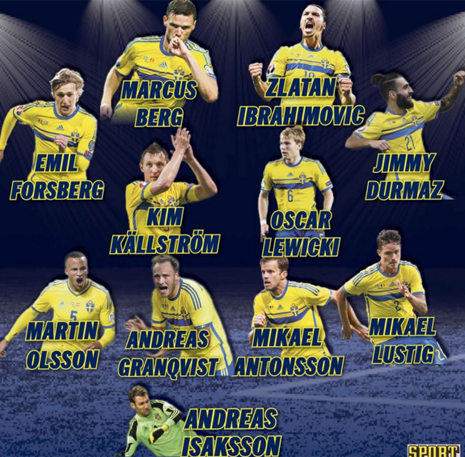