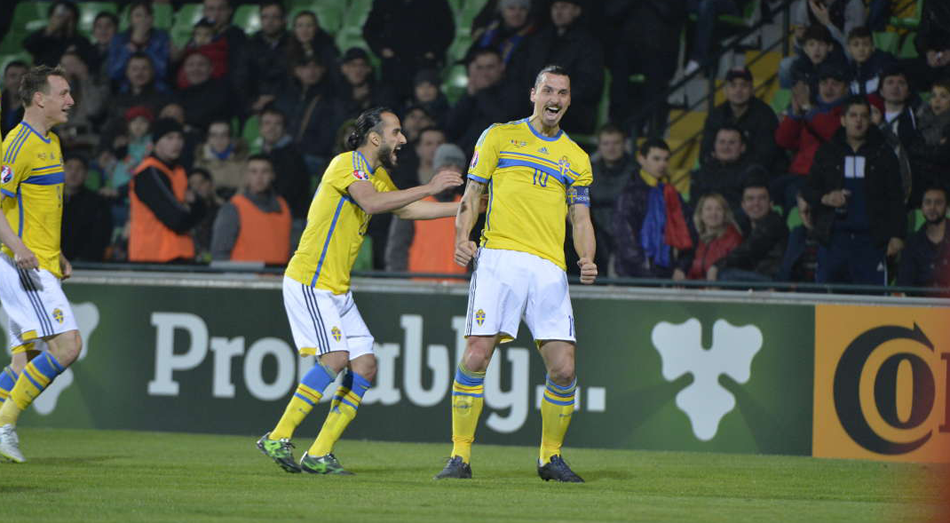 In one of those important, tough qualification-games, Sweden needed their best to step forward. He did.

Zlatan scored the only two goals in a game Sweden dominated but lacked effeciency.

– It was a solid performance by the whole team, Zlatan said after the game.

It was a long time ago Zlatan joined the national team and so much has happened. His injury, Champions League and the last couple of weeks in France. So playing Moldova in Moldova was a bit of a change, but with his experience this went exaclty like it was supposed to.

Not much happened the first half hour. Sweden had most of the possession and tried to work through the heavily armed 5-men Moldova-defense, but most of the times they failed on the last pass or the Moldova-defense won the physical duels. That changed a bit in the 35th minute when they created two good chances. First, Kiese Thelin forced Cebanu to make a good save and then Zlatan headed over the bar.

NO GOALS TASTED BITTER AT HALFTIME

The two chances gave energy to Sweden who started playing quicker and getting forward faster. But they didn't manage to score before halftime. Zlatan had two chances but was called for foul, and since they didn't score Sweden went into halftime with a somewhat disappointed feeling. 0-0 at halftime.

The second half had literally just started when Zlatan scored one of his weirdest, yet most skillful goals. The ball went back to Moldova's goalkeeper Cebanu who tried to just shoot it long, but got a bad hit and shot straight on Zlatan's head, who managed to control his head just a tiny bit and the ball went from Zlatan's head into the empty goal. 0-1 to Sweden.

THE GAME OPENED UP

After Zlatan's goal the game opened up drastically. Moldova tried to push and forward and that created alot of space for Sweden in counterattacks. Kiese Thelin had a couple of situations were he perhaps should have scored, Zlatan had a good chance in the 68th but Sweden lacked effeciency. Moldova were not particularly dangerous in their attacks.

Despite Sweden's domination, Moldova was only one goal away from a draw. So Sweden-fans were probably very revealed when they saw Forsberg getting fouled in the penalty area in the 84th, knowing who would take the penalty. As always, Zlatan made no mistake and scored on the penalty. 0-2. That became the final goal and an important victory for Sweden. Zlatan extended his All time Goal-record for Sweden, now 53 goals.

In the first half Sweden had the ball alot but failed to create any great chances. So did Zlatan. He didn't get any really good balls to work with up front and when he did have the ball, he was too deep. The first chance came in the 35th minute when he nicely served Kiese Thelin in the penalty area but goalkeeper Cebanu saved. And shortly after he headed over the bar from close range, now Sweden looked quicker and more dangerous but failed to score in the first half.

The second half had literally just started when Zlatan scored one of his weirdest, yet most skillful goals. The ball went back to Moldova's goalkeeper Cebanu who tried to just shoot it long, but got a bad hit and shot straight on Zlatan's head, who managed to control his head just a tiny bit and the ball went from Zlatan's head into the empty goal. 0-1 to Sweden.

Zlatan had a good game. He fought alot with the strong Moldova-defense, he was involved in alot of Sweden's build-up play and he did create chances. But this was a difficult game on a bad pitch so it was a different Zlatan-game than we are used to in PSG. The Moldova-defenders played very physical and tackled Zlatan several times, finally he got angry and yelled at the ref, who finally gave him a yellow card.

Not much happened at the end, until the 84th minute when Forsberg got a penalty for Sweden. Of course Zlatan took it and he did it brilliantly like always. High up to his favorite left side, his 53rd Sweden-goal and 0-2 was sealed. Finally, Zlatan had scored twice and done exactly what was expected from him. 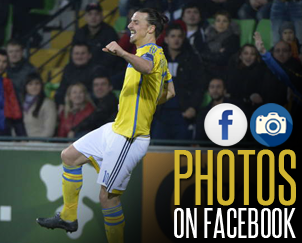 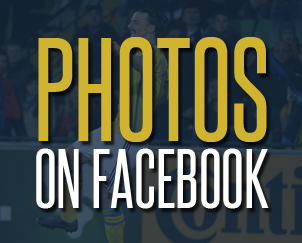 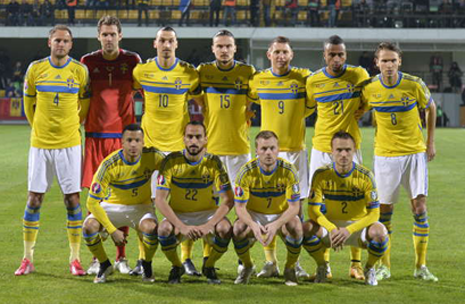 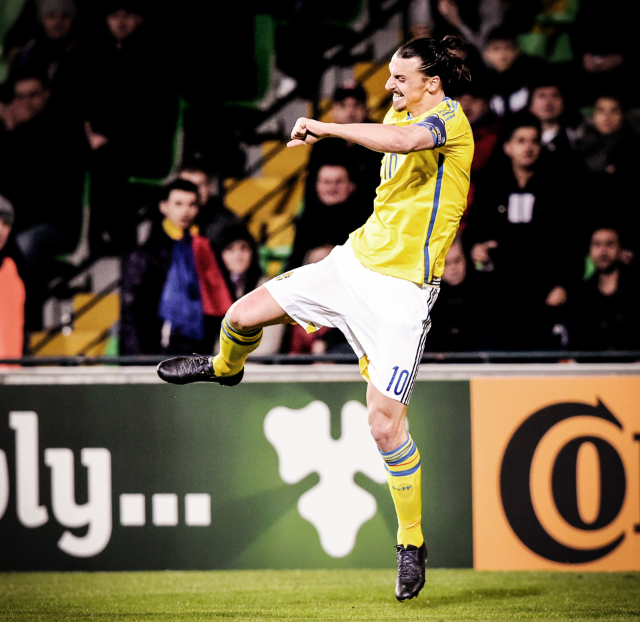 You managed to win the important away match against Moldova 2-0. You made both goals – your 52nd and 53rd in the Swedish jersey. Are you happy with the result and your performance?

ZLATAN: "Yes, it was a solid performance by the whole team."

From a spectator's point of view you dominated the game and most of the ninety minutes. Was the feeling the same on the pitch – that you were in control from start to finish?

ZLATAN: "Yes, my feeling was the same."

How do you think the collaboration with your new striker partner Isaac Kiese Thelin worked?

You scored the first goal in the beginning of the second half by heading a misdirected pass from the Moldovan keeper. How deliberate are your actions in that situation?

Which positives do you bring home after tonight's match – and what do you think you need to keep working on before the continued Euro qualifiers? 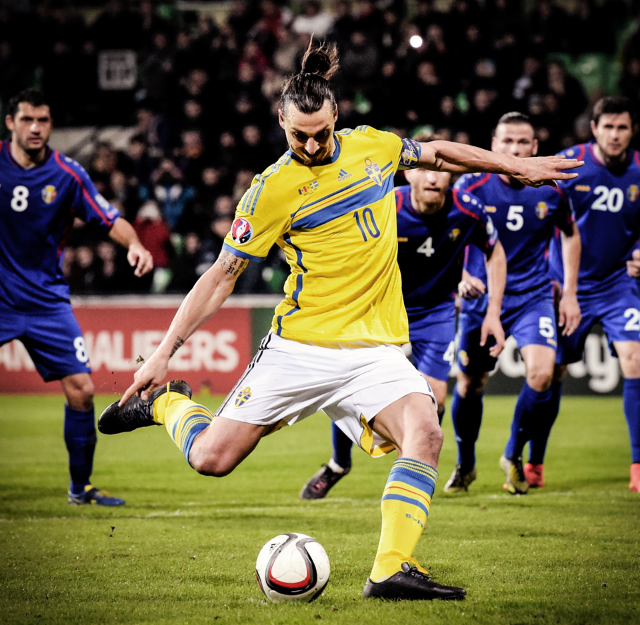 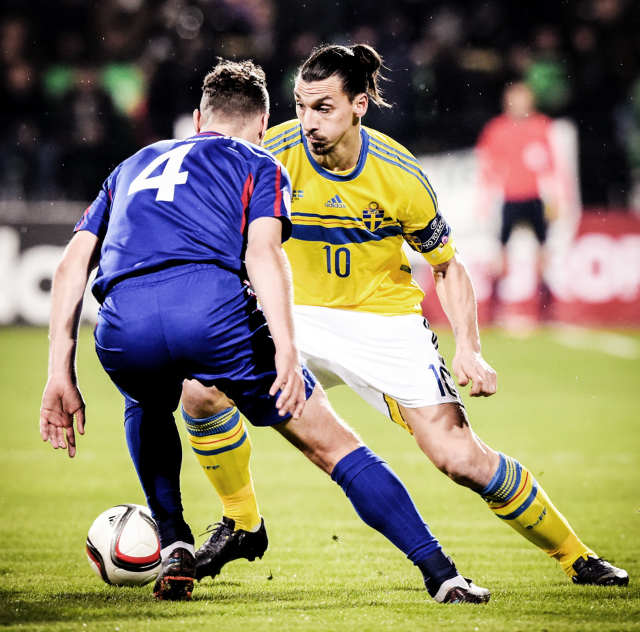 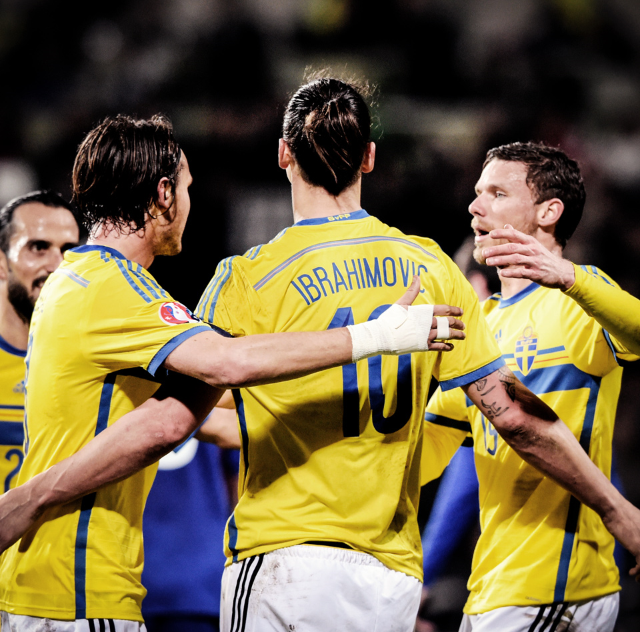 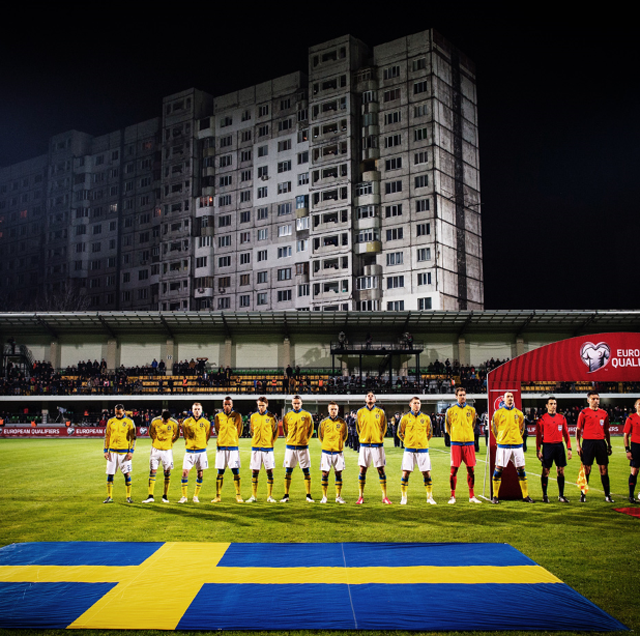