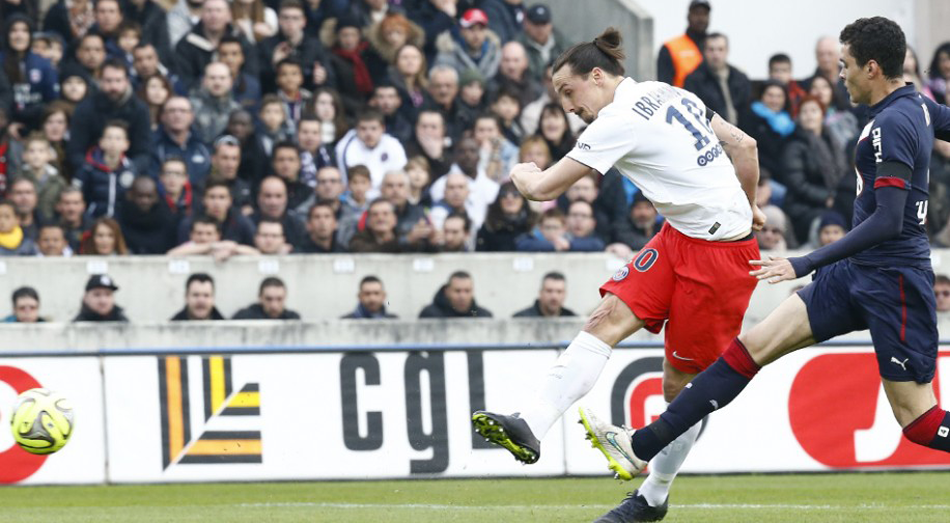 Bordeaux were the better team in a game where the Parisiens clearly suffered from the game against Chelsea.

– It's possible that it affected today's match, or maybe not. It doesn't matter. We should have won anyway, Zlatan said after the game.

Bordeaux started with great pace and dominated the game the first twenty minutes. Sirigu made two great saves, first on Contentos shot in the fifth minute and then on Kiese Thelins in the 14th. It was clear that the world's best defender Thiago Silva wasn't as sharp as against Chelsea and in the 18th minute Bordeaux's Sané headed 1-0 on a corner.

PASSIVE HALF BY PSG

It was far from the same PSG that we saw against Chelsea and it took 35 minutes before their first chance. Zlatan got a through ball from Motta and shot with his right, but straight on keeper Carrasso, no goal. It was clearly Bordeaux's half with several chances and the halftime score was 1-0.

It didn't take long before PSG was back in the game. And it was Ibra who scored! A somewhat typical Zlatan-goal in the 50th minute. The Bordeaux-defense made mistakes and Zlatan was there like the goalscorer he is. He got his foot out just before goalkeeper Carrasso and the ball rolled slowly into the goal. 1-1, great start for PSG.

After Zlatan's goal the game went into a very tight, uneven face where PSG played better than in the first. But they didn't manage to create any real chances. Instead, Bordeaux (with a very passionate crown supporting them) came up and scored. After a missed shot, Kiese Thelin headed to Khazri at the far post, who made no mistake and headed 2-1 into an open net.

But PSG hadn't given up. Lavezzi was fouled in the penalty area and the referee pointed to the penalty spot, penalty for PSG! Who took it and who scored as usual? Ibra of course! A typical Zlatan-penalty down low to the left. 2-2.

But Zlatan's goals were not enough today. In the 88th minute Bordeaux scored again, Rolan decided the game for the hometeam. Plasil passed Mariano on the right side in the penalty area, a pass back and there Rolan showed up and placed the ball nicely behind Sirigu. 3-2 in a crazy weird game in which Bordeaux played well but PSG never came up to their normal standard.

Ibra was exceptionally uninvolved in he first half. He was jogging around up top and didn't do much. The only highlight worth mentioning came in the 35th minute when he got a ball from Motta and shot from within the penalty area. Goalkeeper Carrasso read him and the shot got straight on him. PSG looked very tired (hungover from CL) and it wasn't easy for Zlatan to get as involved as he wanted to.

This was just the type of game where Zlatan's performance was much less important than the goals and the potential win. And in the 50th minute, he did exactly what PSG wanted him to. He made it 1-1 after a Bordeaux-mistake, a typical "goal thief"-goal, very important for Zlatan and for PSG.

In the 85th minute he got the chance to score his second goal on a penalty and he did. Down low to the left (as usual) which meant 2-2. He had scored his 13th and 14th league goals and it was great to see him back in some good old goalscoring-form. 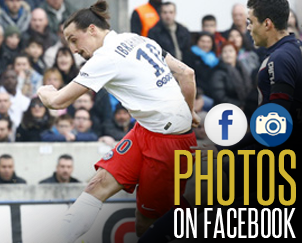 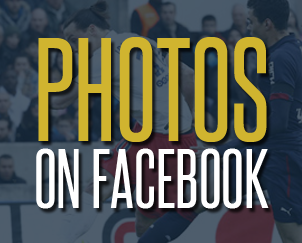 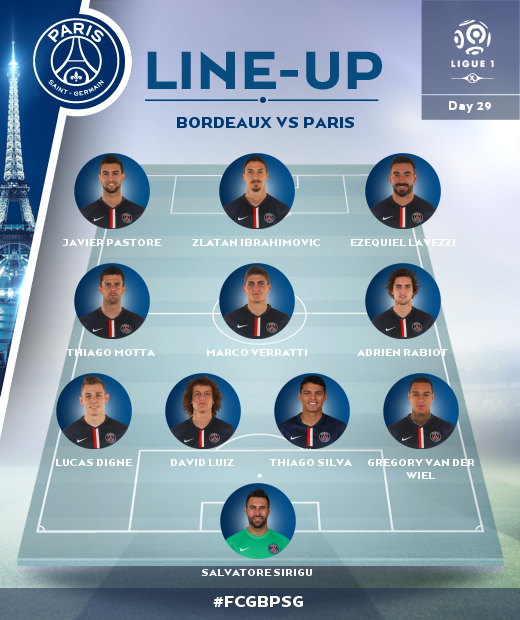 "DOESN'T MATTER WHEN WE DON'T WIN" 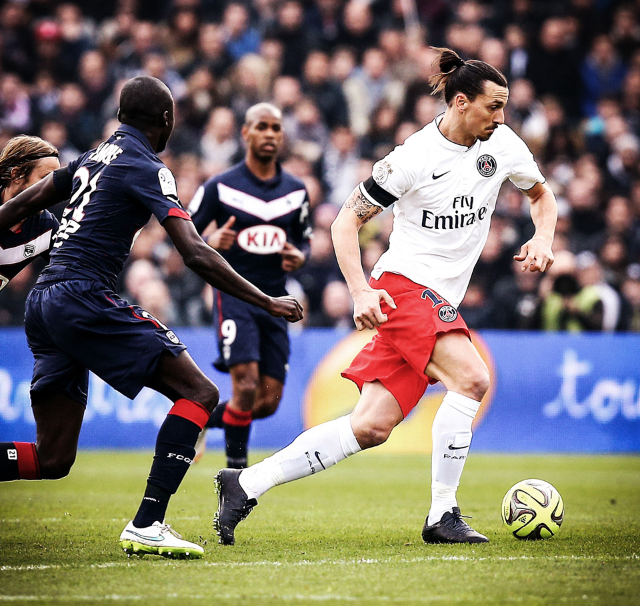 The strong home team Bordeaux took the lead three times in tonight's match and won 3-2 in the end. What was missing in PSG's performance tonight?

ZLATAN: "That could depend on many things, but right now I don't know."

You scored both PSG goals, a ready touch passed the keeper in the 50th minute and a confident penalty kick in the 85th. What do you think of your own performance?

ZLATAN: "That doesn't matter when we don't win."

As late as Wednesday, you played a tough 120-minute match against Chelsea in the Champions League. How much did this affect your physical status in the match today?

ZLATAN: "It's possible that it affected today's match, or maybe not. It doesn't matter. We should have won anyway."

Yohan Cabaye and David Luiz had to leave the pitch with injuries. Have you heard anything about the severity of the injuries?

Later tonight, your two top contenders for the title, Marseille and Lyon, face each other in the final match of the round. Which team do you think will win that bout? 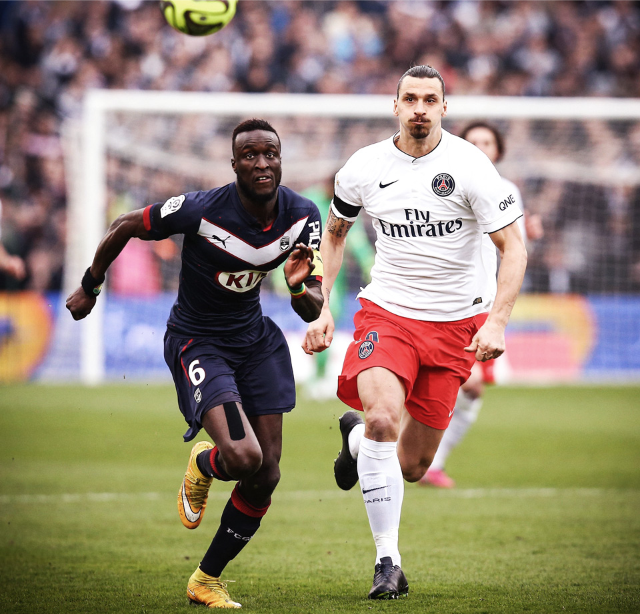 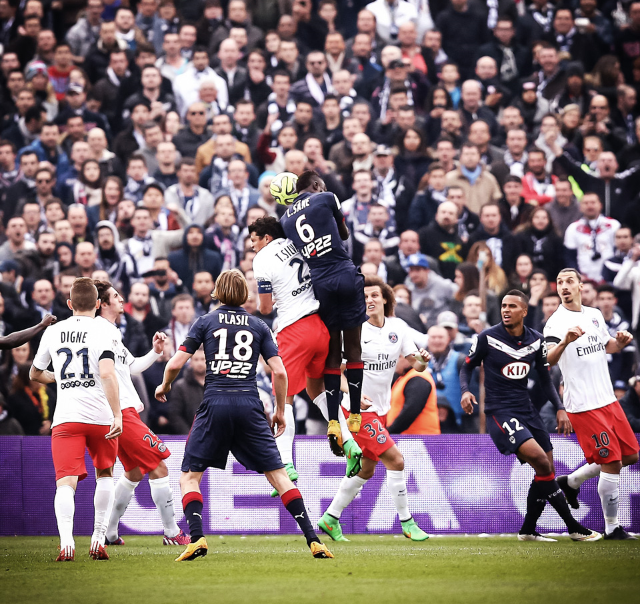