ZLATAN'S GREAT GOAL WAS NOT ENOUGH 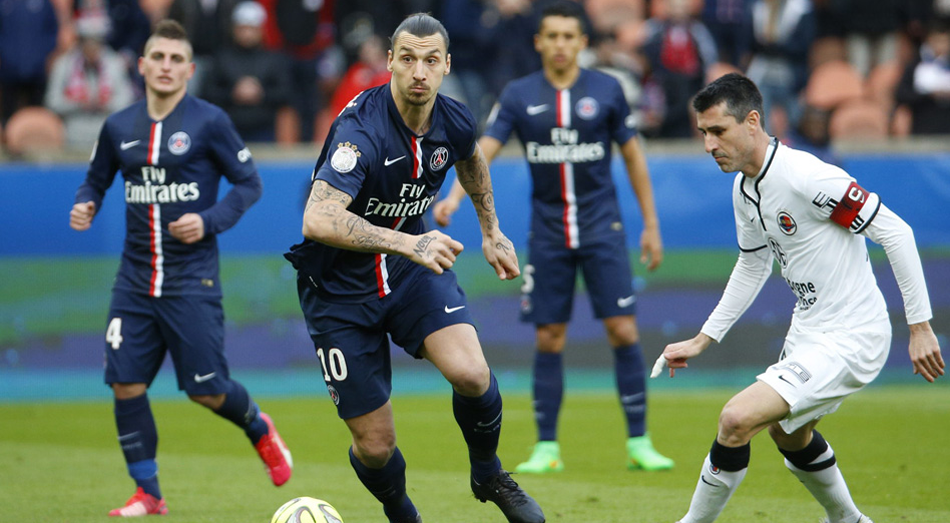 Before the 89th minute everything looked amazing for PSG. At least on the pitch.

Zlatan had scored a great goal, PSG had played tremendously well and had the lead with 2-0, despite several injuries.

– Injuries and lost points. We really couldn't be more unfortunate today, Zlatan said after the game.

The game couldn't start any better for PSG. In the second (!) minute PSG set up the attack on the right. Aurier crossed into the penalty area where Zlatan came from behind and surprised the Caen-defender by putting his right foot very high and in a crazy manner strike the ball into the net. 1-0, crazy Ibra-goal.

After scoring so early PSG had this game in their hand. Caen's great form in the last games had no meaning, PSG clearly wanted to send Chelsea a message in this game. They played quick and accurate with alot of movement and created chance after chance. Caen had a couple of dangerous opportunities as well but Sirigu and the PSG-defense (with Luiz on the bench) stopped them.

So even though PSG was the better team, the game was rather unpredictable. Until the 40th minute when Lavezzi scored a great goal. He got a great ball from Lucas and made no mistake but struck the ball hard and low with his left. 2-0, perfect timing before halftime.

Yohan Cabaye was injured early in the first and it didn't stop there. Marquinhos had to sub at halftime, and then both Lucas and Aurier was injured in the second. After the game Blanc confirmed that Lucas, Marquinhos, Cabaye & Aurier all will miss the Chelsea-game. And possibly Matuidi as well.

Cabaye and Marquinhos injuries forced Blanc to make two substitutions already at halftime. After then also subbing Matuidi, it was not a great view to see Aurier go down in the 71st minute, PSG had to play with 10 men. When then Lucas was injuried in the 80th minute, PSG was down to 9 (!) players. Despite that, they were actually in control of the game and even created chances. So nobody thought the 3 points were in danger.

That was until the 89th minute. A somewhat unorganized PSG-defense (with Zlatan in his own penalty area) saw Appiah pass Sala with his hand and Sala made it 2-1. And two minutes into stoppage time, Zlatan caused a freekick just outside PSG's penalty area and Bazile curled it nicely over the wall to the final result 2-2. Weird, wicked game.

In the second (!) minute he scored a typical Zlatan-goal. With a taekwando-ish kick very high up he made it 1-0, he and PSG couldn't get a better start. He took off his shirt and displayed his temporary tattoos dedicated to World Food Program.

After maybe not being at his very best for some time, Zlatan showed the real Zlatan in the first half. Had alot of ball, scored the goal and was involved in alot of great combinations. It was the perfect message before the important game against Chelsea on Tuesday.

Zlatan played 90 minutes this Saturday and he was really great. He was constantly involved in PSG's attacks, dropping down and receiving the ball but not too deep. He created a few more chances, and was close to scoring another beauty in the 60th minute when he juggled the ball in the penalty area and shot on volley.

If PSG had won, everything about Zlatan's game would have been perfect. And a great message to Chelsea before Tuesday's game. But since he was involved in both the conceded goals and PSG couldn't hold on to the lead, well it's difficult to determine what to think and feel after this game. There were clearly alot of positives though. Zlatan (and PSG before the end) had a great game and he scored. Let's take that with us to Tuesday. 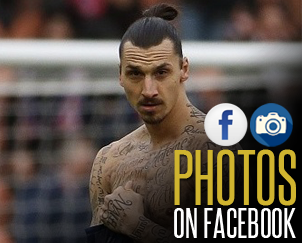 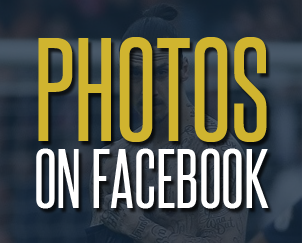 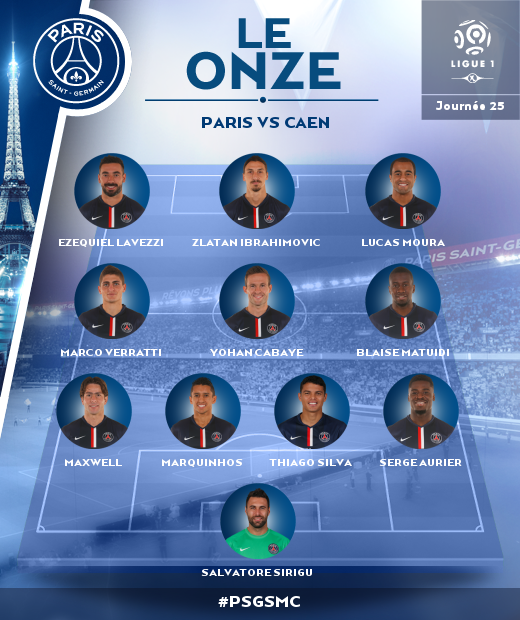 "I WILL REVEAL EVERYTHING TOMORROW" 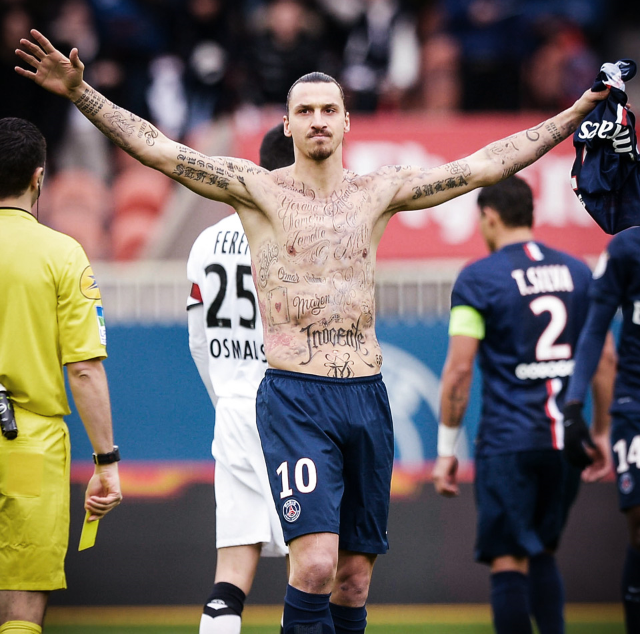 You started the match against Caen in a frantic tempo and already after two minutes you had scored 1-0 for your PSG. Tell us about the goal and the thoughts that passed through your head in the situation.

ZLATAN: "It felt really good to score so early in the match, but I need to see the goal myself before I make further comments."

You celebrated the goal by pulling your jersey off. Your body is covered in tattoos with names. Why?

ZLATAN: "I will reveal everything tomorrow at a press conference."

With twenty minutes left in the game, Serge Aurier gets injured and ten minutes later Lucas is forced to leave the pitch. PSG had already made all three substitutions and had to finish the match with only nine players. When the referee blew the final whistle, Caen had equalized your two-goal lead and the match ended 2-2. What are your thoughts after the match?

With twenty minutes left in the game, Serge Aurier gets injured and ten minutes later Lucas is forced to leave the pitch. PSG had already made all three substitutions and had to finish the match with only nine players. When the referee blew the final whistle, Caen had equalized your two-goal lead and the match ended 2-2. What are your thoughts after the match?

ZLATAN: "One match at a time!"

Now everyone's full attention is turned to the quarterfinal in the Champions League against Chelsea. Are you ready for the big bout?

ZLATAN: "Despite the setbacks today we need to stay positive now and start focusing on the Chelsea match."