BEAT RENNES AFTER A BEAUTIFUL TEAM-GOAL 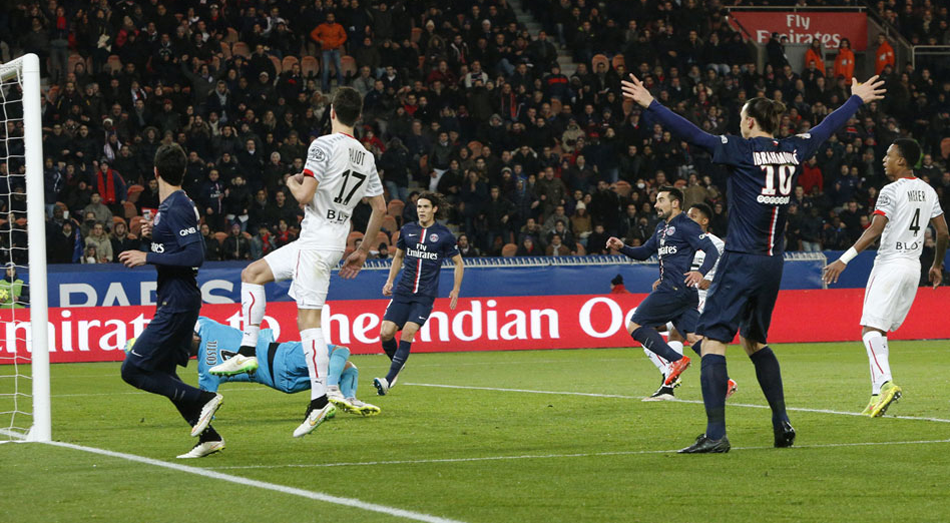 Tonight Rennes was demolished after some trouble but a great team-goal which Lavezzi finished decided it for the Parisiens.

– When the opponents really back up it's important to keep the balance in the game, but it was a magic goal, Zlatan said about PSG's 1-0-goal.

PSG is still left in all tournaments this season. League, Cup, League Cup and Champions League. That means alot of games and so also pressure on the squad (and Zlatan). Tonight Blanc rotated some players, having Lavezzi, Rabiot and Cabaye in the starting XI, and PSG played better than in the last few games.

The first half looked very much like most PSG-halves this season. They controlled the ball without looking too dangerous and sometimes the tempo was quite low. Rennes stood up well and actually sometimes threatened the parisiens in possession.

The game was very tight until the 29th minute when PSG scored a beautiful goal. Which started with two quick, nice passes by Ibra. Eventually the ball went to Pastore who passed the ball into Lavezzi very close to the goal and the Argentinian only had to tap in the ball. 1-0 and Ibra showed great care and passion, screaming on the top of his lungs.

THE GOAL CHANGED THE GAME

After 1-0, PSG accelerated and dominated the game. Rabiot, Pastore and Cabaye played really well in the midfield and Zlatan was highly involved. Tremendous development for PSG, and the crowd was very happy.

The second half started in a higher tempo than the first and PSG had most of the possession. They loooked more lethal in previous games and kept pushing towards Rennes penalty area. They didn't create that many 100%-chances though, alot too do with lacking collaboration in PSG's attack.

PSG kept playing quite offensively and didn't really sit back and protected the lead like they usually do. The midfield kept playing with great intense and they tried to create chances, but lacked the efficiency to score. Cavani didn't play well and was subbed and despite Zlatan's nice passing before 1-0 and showing great energy, leading the way to the victory, Zlatan unfortunately wasn't able to create any chances. 1-0 to PSG at fulltime.

Ibra started out semi-slow with some good combinatiions but like the last few games, he didn't look that dangerous in the last third of the pitch. The longer the half went, the better he became. As whole of PSG. On the goal in the 29th minute it was Ibra who was set up to shoot but but the ball went just passed him to Lavezzi, who scored. Definitely an ok first half for Zlatan.

Zlatan had a good game passing-wise and comparing to some of the really slow games before christmas he looked inspired and had great winning energy, pushing the team to the three points. However, he didn't shoot a single shoot over the 90 minutes and that's not something Zlatan is used to. It was an ok effort in an ok game. 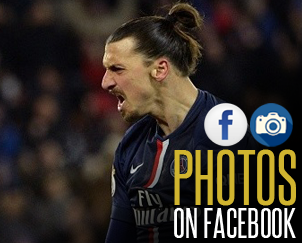 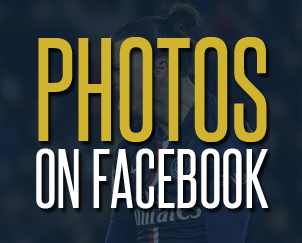 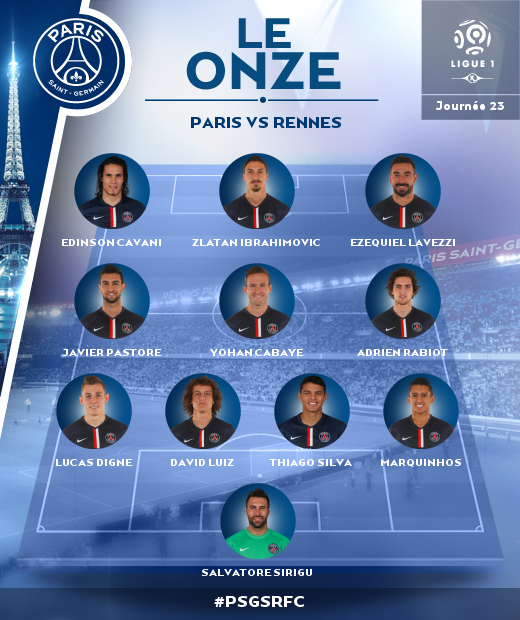 "IT WAS A MAGIC GOAL" 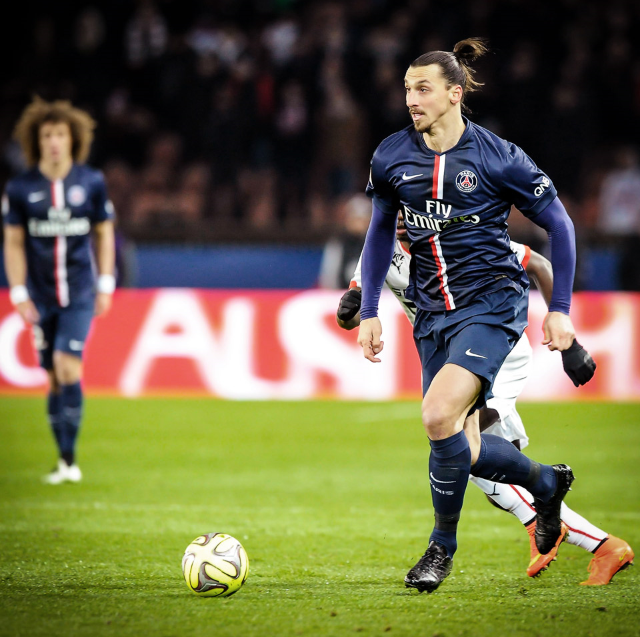 During the first half-hour PSG played with all forwards facing the wrong direction, not moving much, and everything was calm for the Rennes defense. Last season, Lavezzi and Cavani made many more sprints causing trouble in the opposition's defense. Is this planned, to take it easy in the beginning of the match and keep the ball within the team?

ZLATAN: "The first 20 minutes wasn't good, but after the goal we got going."

You got a free kick in the 30th minute, which sparks PSG. 6 passes in 6 seconds, in a frantic tempo, lead to 1-0 PSG. When you increase the tempo like this, making sprints and getting the passes on players facing the right way, you look impossible to stop. How come we don't get to see this kind of sequences more often in the matches?

ZLATAN: "When the opponents really back up it's important to keep the balance in the game, but it was a magic goal."

In the second half you don't look as superior even though you keep the upper hand. You missed some opportunities to close the match, and Rennes got a few chances to equalize. The margin between a win and a draw really isn't that big. But at the same time, the difference between the two teams really should be much greater than a single goal. Is it Rennes that plays well defensively, or are your finishes too weak?

ZLATAN: "If we got another goal we would have closed the match, but I think we controlled it anyway."

In the media, Blanc has said that you and Cavani must find each other on the pitch more often. Do you talk about this cooperation and practice ways to improve it?

ZLATAN: "The cooperation works. If the team plays a good match, then so do we." 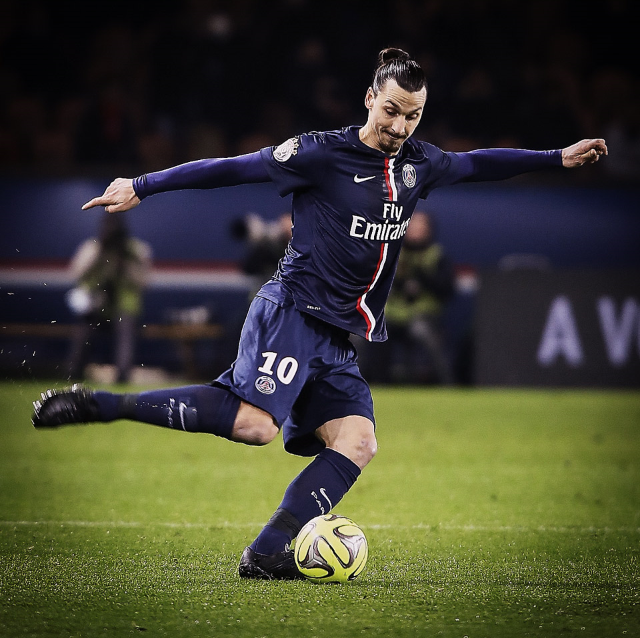 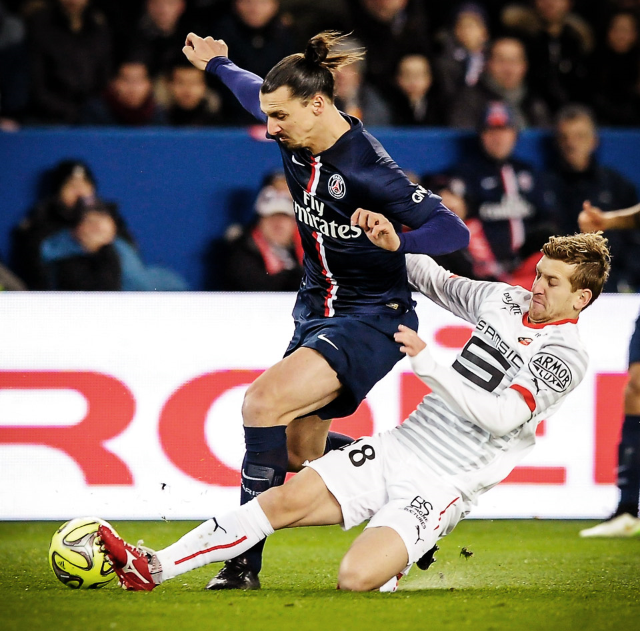