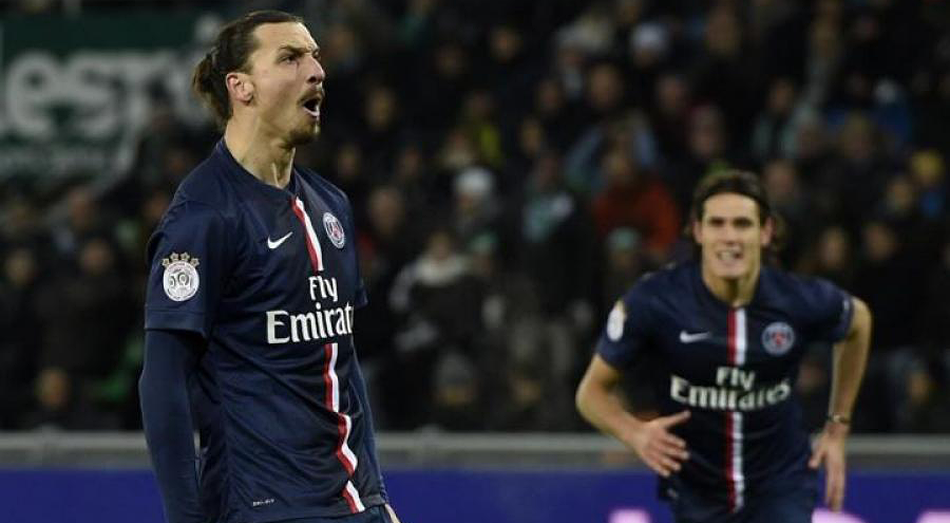 Zlatan vs Saint-Étienne usually ends with a Ibra-victory.

Tonight was no exception.

Ibra scored the only goal on penalty and PSG closed the gap to Lyon.

– We played a good match and it is important that we won and got three points, Zlatan said after the game.

In a very important game, PSG won 1-0 against Saint-Étienne. Zlatan scored the only goal on a safe penalty and Zlatan had a great game with tremendous passing quality and he was very active all of the 90 minutes. PSG played well defensively and closed the gap to Lyon, still 4 points behind. Zlatan's Ligue 1-goal was Ibra's first league-goal since early december. Trés bien!

As this was a very important game for both teams, they both performed well the first half hour. PSG with a potential Champions League-starting 11, played their normal passing game but straighter and more effective than in the last few games. And they involved Zlatan more in the build-up, allowing the players around him to go forward, creating alot of space. Paris dominated but Saint-Étienne played well defensively and was close to getting through on counter attack a few times. No proper chances and 0-0 at halftime though.

THE GAME OPENED UP

After the very tight first half it seemed as if both teams decided to go forward. That opened up the game substantially. Cavani had a shot from distance after 5 minues, Zlatan was open with only Ruffier in front of him but the keeper saved in the 57th. And 5 minutes later, Clément caused a handball in the Saint-Étienne penalty area and the referee whistled for penalty! Who took it? Zlatan of course.

And the Swede made no mistakes despite a very loud Saint-Étienne-crowd. Zlatan placed the ball to his left and goalkeeper Ruffier wasn't able to save it. 1-0 to PSG, very important first goal of the game.

After Zlatan's goal PSG dropped down a bit, defending their lead. Saint-Étienne moved forward with the help of the great crowd but wasn't able to create any real chances. PSG did instead. In the 76th minute a subbed Pastore served Cavani who beautifulyl lobbed Ruffier... and hit the cross-bar. So very close to 0-1 and a great goal. In the last 15 minutes PSG played tight defensively and protected their lead. Which they succeeded to do. 0-1 win in a very important game with Zlatan the only goalscorer. Très bien!!!

It was clear already from the start that this was an important game. Both in PSG's total attitude and in Zlatan's. He was very active in the first half, involved in most of PSG's passing actually. 27 successful passes in the first 30 minutes, that's almost as many as he has had some full games this season. Saint-Étienne kept the defense tight though and he wasn't able to create any goal chances.

As the second half opened up, Zlatan got the ball with more surface around him. He had a couple of good combinations, won a few duels and in the 57th minute his first attempt came. He was close to the goal and tried to place it underneath Ruffier but the keeper saved. In the 60th minute, Zlatan won over the keeper though. A great penalty meant 0-1.

This was an important game for Zlatan in many ways. His penalty was of course monumental for PSG's game but it was mainly Ibra's involvement that shun through. Champions League is close now and it was great to see Zlatan so active over 90 minutes. The morale seemed very good with alot of applaudes for and from teammates and the chemistry with both Lucas and Cavani seemed great. Zlatan had a tremendously high passing percent and since he scored the only goal, his performance must be considered very good. 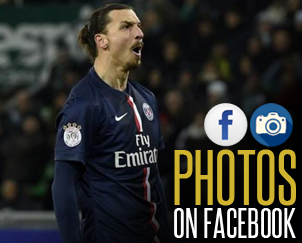 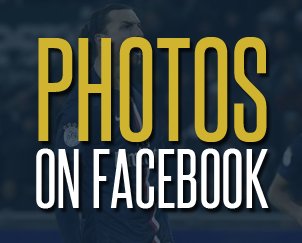 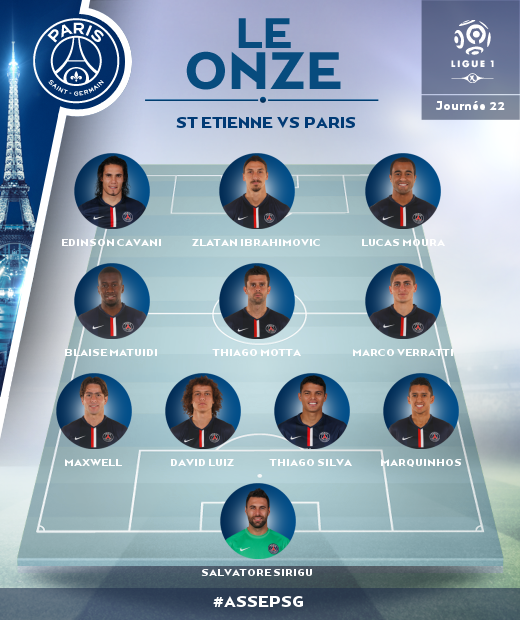 "I WAS FULLY FOCUSED" 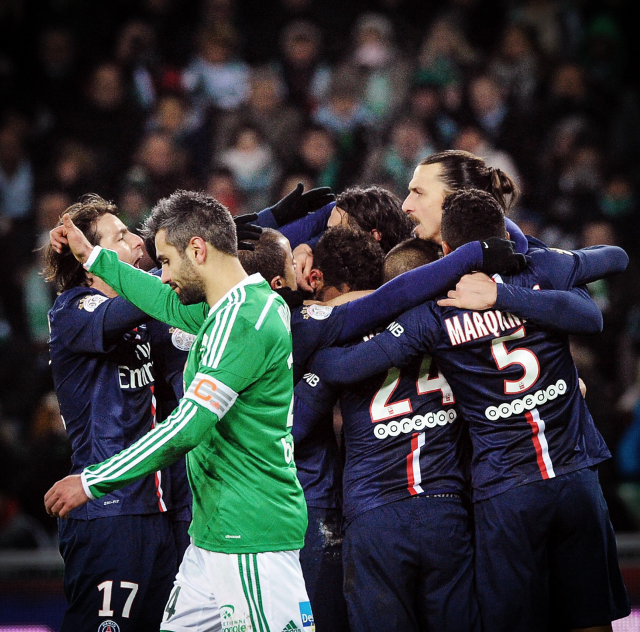 Tonight's match against Saint-Etienne ended the same way the last meeting did, 1-0 to PSG and Ibrahimovic as scorer. Are you happy with the result and your performance?

ZLATAN: "We played a good match and it is important that we won and got three points."

The penalty situation that led to the 1-0 goal was controversial and your opponents demonstrated their discontent loudly when the referee pointed at the penalty spot. What are your thoughts about the situation? Was it a penalty?

ZLATAN: "From where I saw it, it looked like it should be a penalty kick."

What were your thoughts as you stepped up to the penalty spot and were met by laser pointers and things thrown onto the pitch?

ZLATAN: "Yes, there was a lot going on around the penalty kick. But I was fully focued and did what is expected of me."

Yes, there was a lot going on around the penalty kick. But I was fully focued and did what is expected of me?

ZLATAN: "We keep on going. It's less important who ends up as top-scorer." 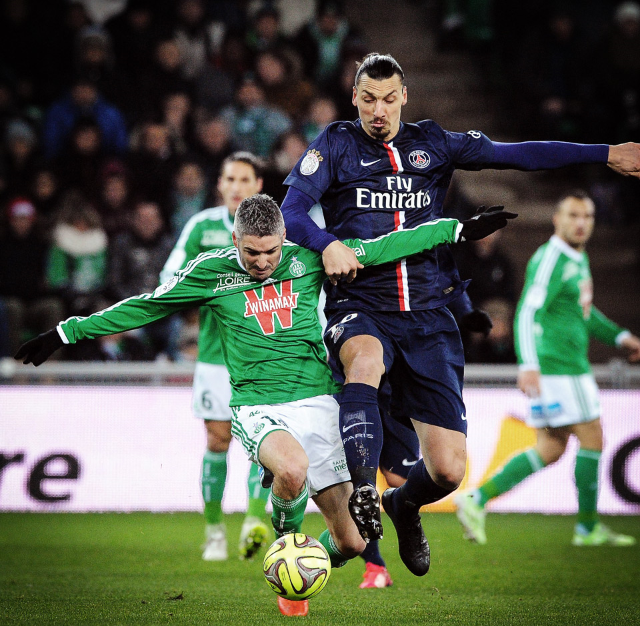 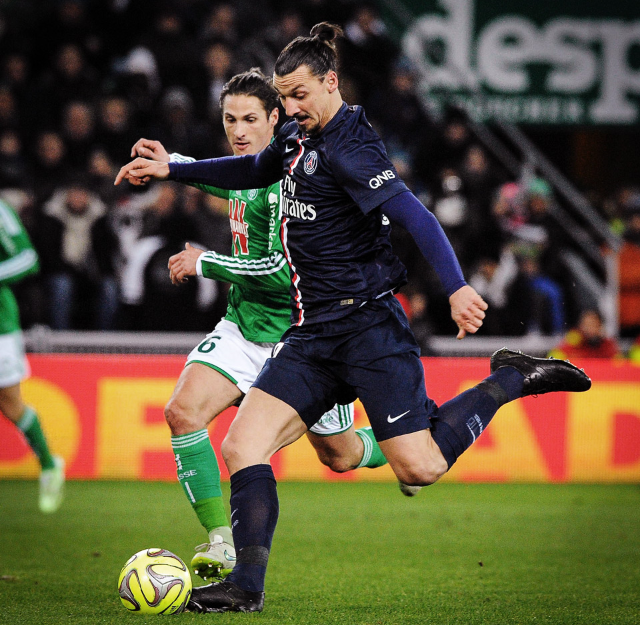 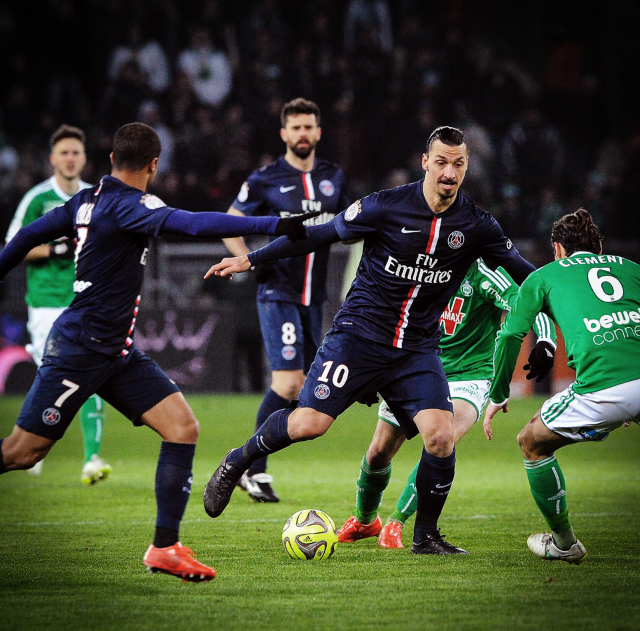 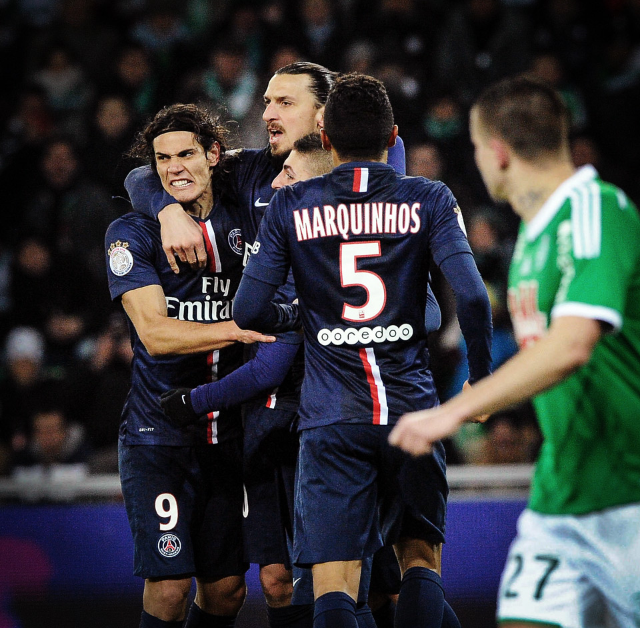