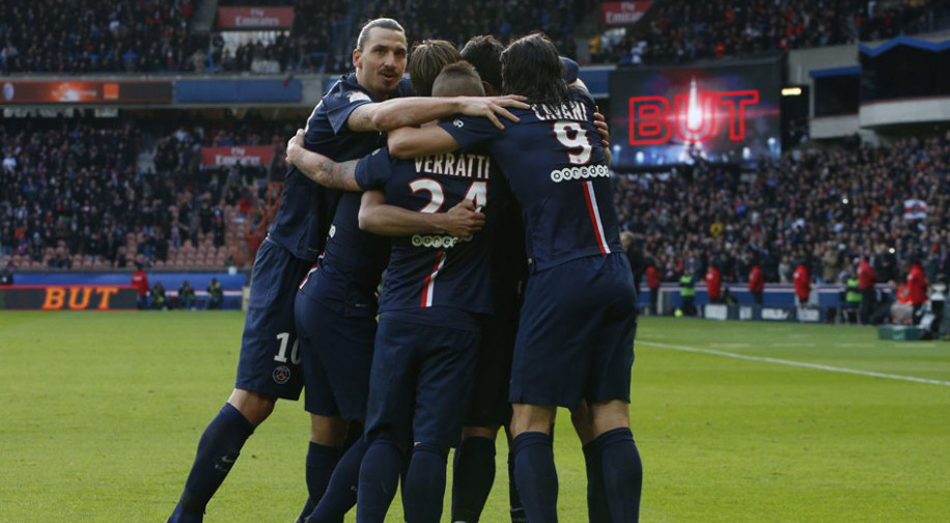 After having problems lately the crowd at Parc des Princes demanded PSG to win today. They didn't get an easy ride.

– It was unfortunate, but luckily it was in the beginning of the match. We had plenty of time to turn the match around, Zlatan said after the game.

This was the first game at home for Paris in 2015 and the crowd had high expectations after a problematic last few games. It couldn't have started worse. In the 14th minute Barbosa took the lead for Evian with a nice shot from outside the penalty area after a misdirected header from Zlatan. The PSG-crowd immediately started booing and the pressure was intense on Parc des Princes.

PSG owned the ball before the goal and they kept owning it after. But in as many of the previous games, their attack build up was static and not enough players took those sacrificing runs to open up for other players. At least the first 25 minutes. Then something happened.

Because between minute 25 and 29 PSG drove hard against Leroy in Evian's penalty area. Luiz shot from close, save. Zlatan had a great chance, save. Lucas shot a hard shot after a header-pass from Zlatan, save. But in the 30th minute, he couldn't stop them anymore. David Luiz won a header duel after a corner and Leroy saved but up into his own goal. 1-1, finally!

TURNED IT AROUND BEFORE HALFTIME

After the equalizer the game was totally PSG's. They looked more inspired, moved better and felt calmer. Only a couple of minutes later it was time again. Lucas found Zlatan in the penalty area who couldn't control it but the ball bounced off an Evian-player and reached Verratti who struck the ball past Leroy. 2-1 and Verrattis first (!) Ligue 1-goal in this third season. 2-1 at halftime.

OWN GOAL BY VAN DER WIEL

Second half started like the first. PSG controlled the ball, Evian defended. The first 15 minutes were very boring, nothing happened at all. Until in the 62nd minute, when Parc des Princes was upset all over again. From nothing, Evian scored. A cross came into the penalty area and inexplicably Van der Wiel headed the ball into his own net. 2-2.

PASTORE AND ZLATAN (AND CAVANI)

Zlatan had a chance in the 66th minute, other than that nothing happened until the 75th minute. Lucas struck a sweet cross into Pastore who nicely hit the ball with one touch, and the ball went passed Leroy. 3-2, very important goal. PSG then "played through" the game. No real chances, no real magic. Both Cavani and Lavezzi were subbed and were booed by the PSG-crowd due to their lack of christmas-discipline. In the 89th minute minute Zlatan wonderfully assisted Cavani to 4-2 with a one touch-split vision-pass. Great way to finish the game.

As PSG got better so did Zlatan. His passing in the first half was ok, he missed a few but contributed overall to the PSG-attack. He had one attempt on goal in the 26th minute but Leroy made a great save. He almost made an assist on the 2-1-goal but the touch wasn't meant for Verratti so he didn't get the assist. It wasn't the best half, sometimes he wasn't moving as much as he could have, but the longer the half went, the more "in" the game Ibra was.

It's difficult to "judge" Zlatan's performance without considering PSG overall. They played slowly and sometimes uninspiringly. Zlatan made a couple of moves, the highlight was his dribble and shot in the 66th minute. And the beautiful assist in the 89th minute. A one-touch pass within the penalty area over to Cavani, who made it 4-2 in the open net. 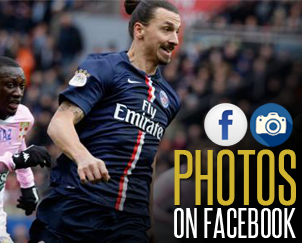 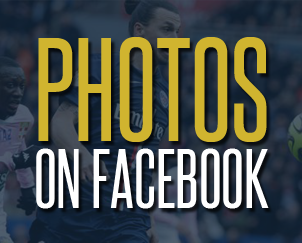 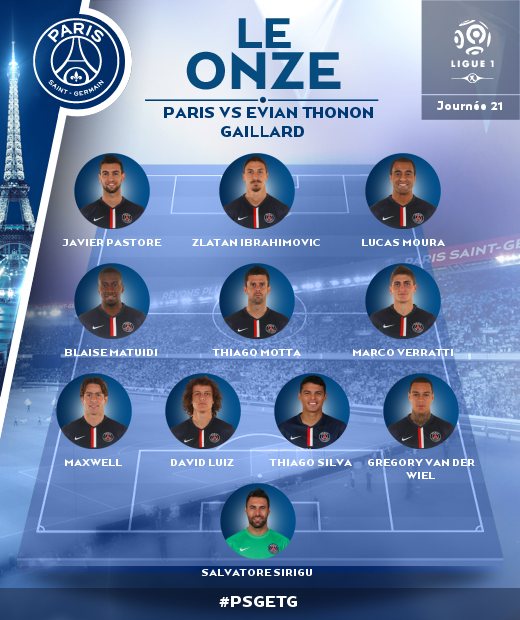 "I WANT TO PRAISE THE WHOLE TEAM" 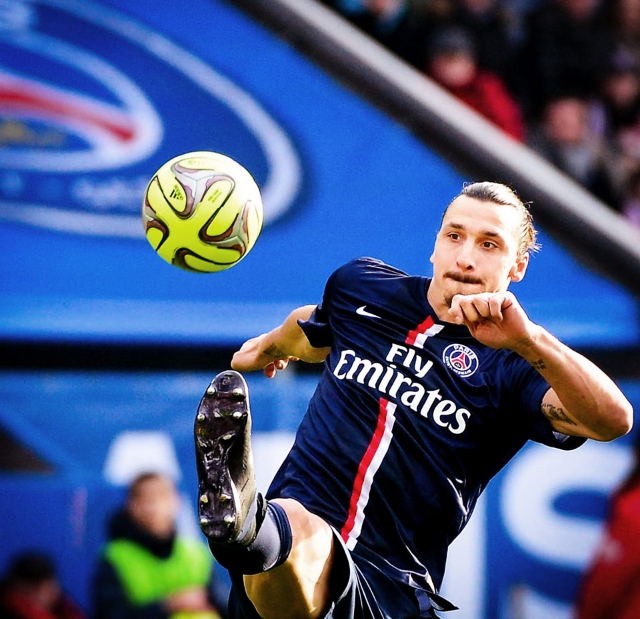 In the fourteenth minute Evian silenced Parc des Princes as they scored the 1-0 goal. What was the reaction in the team as you once again were a goal down and could here the worried sigh from the crowd at Parc des Princes?

ZLATAN: "It was unfortunate, but luckily it was in the beginning of the match. We had plenty of time to turn the match around."

Towards the end of the first half you manage to turn the match around with goals from är David Luiz and Marco Veratti. After 90 minutes the scoreboard shows 4-2 as Javier Pastore and Edinson Cavani also scored one each. Are there any specific players you would like to praise for their performance?

ZLATAN: "I want to praise the whole team."

With a few very skillful passes you are very much involved in the 3-2 and 4-2 goals. What do you think of your own performance?

ZLATAN: "I felt trapped large portions of the match. It was tight and they closed the surfaces very well."

The two previously banned players, Cavani and Lavezzi, are both substituted onto the pitch and are met with mixed emotions from the home crowd. How important is it to PSG to get the two South Americans back?

ZLATAN: "It's important to us that the whole team is available."

Yesterday you called today's match "a match we need to win". Are you happy with 4-2 and 3 points against Evian? 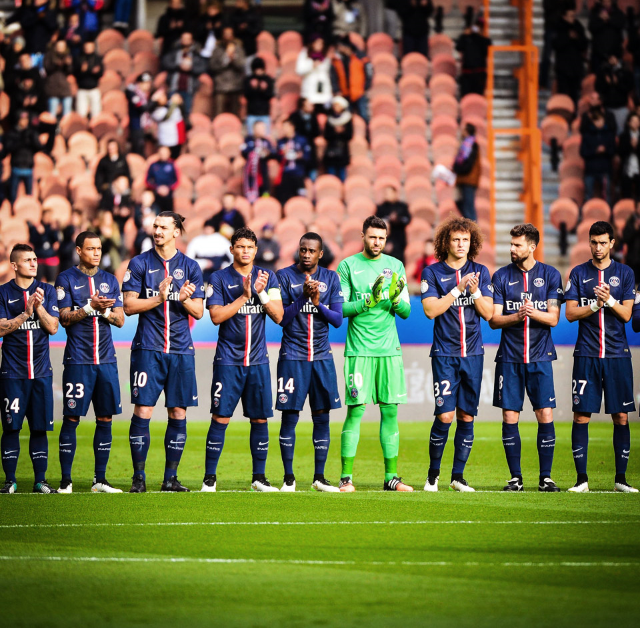 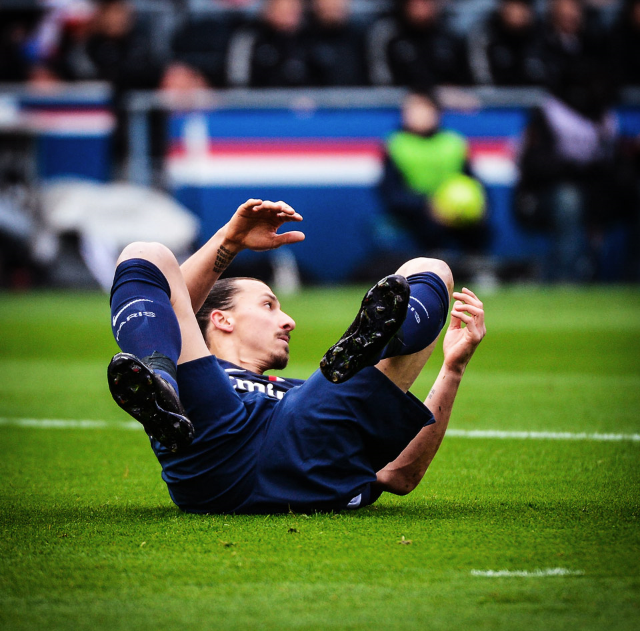