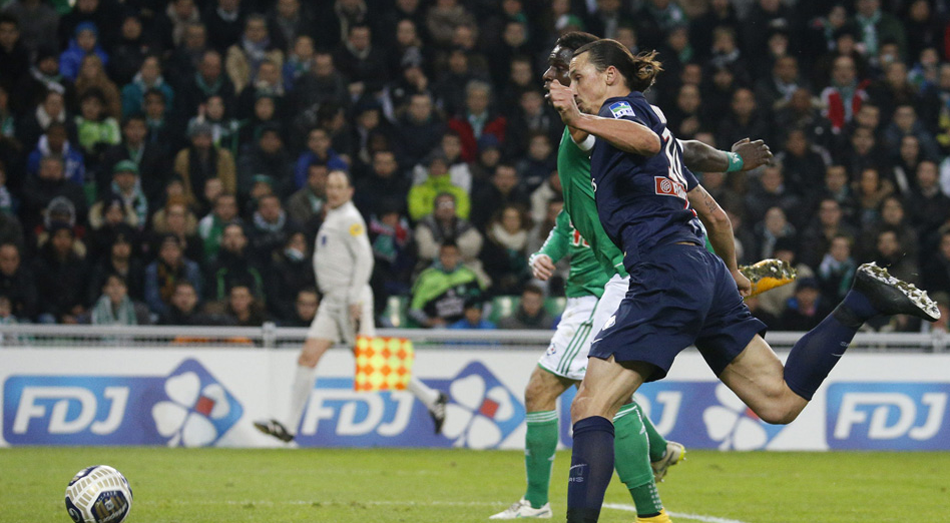 In an intense game with a crazy crowd Zlatan eventually scored the only goal and sent PSG to the League Cup Semifinal.

– I think we showed a really good team performance tonight, Zlatan said after the game.

Goals are what matters for a striker. Zlatan showed that today. He didn't play particularly well, PSG's tactics didn't really work and with an intense crowd supprting the home team PSG could easily have lost this game. But in the 72nd minute Z stepped forward and scored the game's only goal with a chestbump. The game was physical, tough, intense but with few real chances. After the disappointed loss against Bastia on Saturday, this was well needed for the parisiens. Next League Cup stop: Semifinal.

The first 20 minutes were quite uneventful. PSG controlled the possession but didn't create any 100 %-chances. Zlatan had a hard freekick from long range which Ruffier saved and Ibra was caught offside once when he had a great opportunity. The tempo was however quite intense, you could feel that both teams really wanted to win.

The game continued in the same fashion rest of the half. PSG controlled the ball, Saint-Etienne counter-attacked and with an excited crowd, the home-players got alot of energy in their attacks. They were very close to getting an excellent shot opportunity a couple of times but never really managed to get there. The end of the half was very tough with alot of adrenaline and irritation in the air, and Zlatan got a yellow card for talking (too much) to the referee.

The second half started like the first ended. Physical and intense. Zlatan got a great opportunity in the 55th minute, but was offside. Both teams played well defensively and no real chances were created the first 20 minutes. This was a tight game.

The game, PSG and Zlatan needed a goal. In the 72nd minute it came!

Lucas stroke a great cross from the right in to Zlatan who couldn't reach it with his head so he chested (!) the ball on goal. Goalkeeper Ruffier was close to saving the ball but it was over the line. 0-1 to PSG.

After Zlatan's goal the crowd was disappointed and some threw in things on the pitch which made the referee interrupt the game. When it got started again, the crowd was super-intense and literally screamed their team forward. Saint-Étienne got a great chance to equalize in the 86th minute but Douchez made a great save on Van Wolfswinkel's header. Saint-Étienne pushed forward in the end but never got another chance. Zlatan gamewinner and PSG through to the Semifinal.

Not an impressive first half for Ibra. Except a great, hard freekick from far out in the 9th minute, not much extraordinary happened around him. He was quite accurate in his passing but lost a few important duels and was caught offside once when Lucas almost made him open in front of Ruffier.

Zlatan didn't do much in the second half either. He got a chance to score after 10 minutes but the goalkeeper made a great save, and he was offside. The cooperation with Lucas and Pastore wasn't really there and he wasn't as involved in the attack setups as we are used to. Until the 72nd minute.

Lucas stroke a great cross from the right in to Zlatan who couldn't reach it with his head so he chested (!) the ball on goal. Goalkeeper Ruffier was close to saving the ball but it was over the line. 0-1 to PSG. Very needed goal for Grande Ibra. 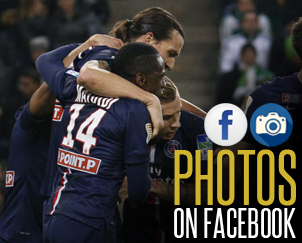 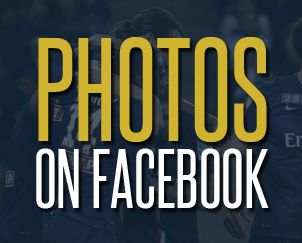 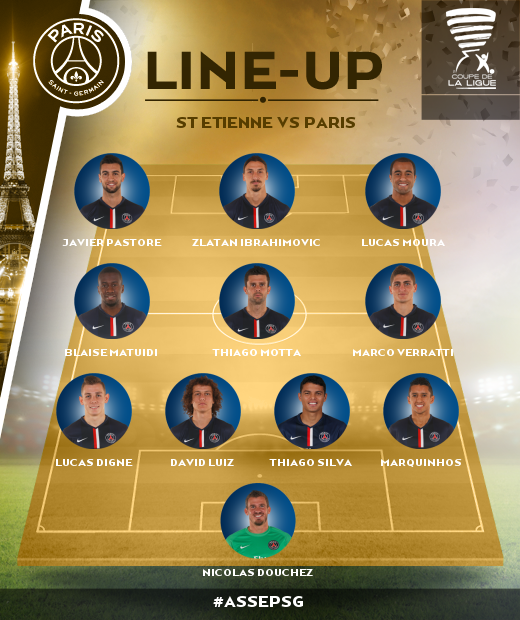 "I HAD TO THINK FAST" 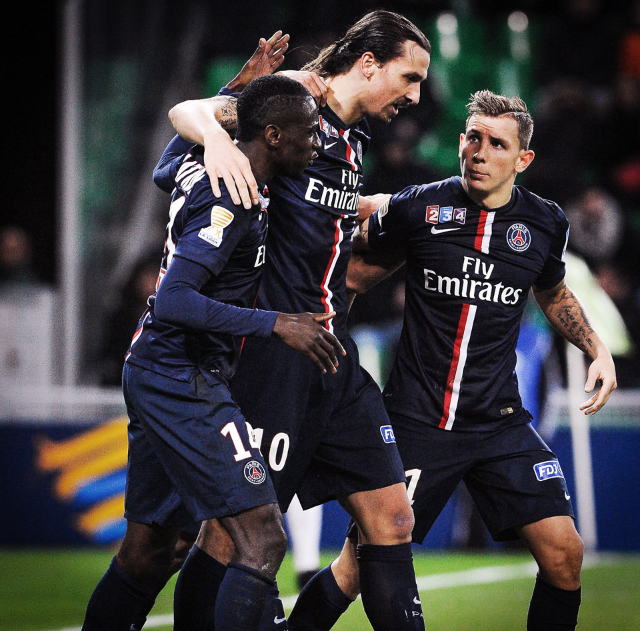 After a 1-0 win, PSG eliminates Saint-Etienne from the League Cup and is now ready for the semifinals. Are you happy with your performance?

You scored 1-0 in the 76th minute as you put your chest to the ball and got it across the goal-line. Saint-Etienne's keeper reaches the ball but only right after it crossed the line. What were your thoughts as you decided to chest the ball?

ZLATAN: "I had to think fast, how do I get the ball in the net. And this was the best way."

In connection with the goal the match is interrupted for a few minutes as home fans are throwing things on to the pitch, this makes the referee team feel that they can't guarantee player safety. What are your thoughts about the situation?

ZLATAN: "I didn't see what happened to the referee behind the goal, so I can't say much about that."

Several times during the match you seemed frustrated as your offence got stuck over and over. What do you think PSG need to improve until the next match?

ZLATAN: "No way, no frustration. I just wanted to get everybody going." 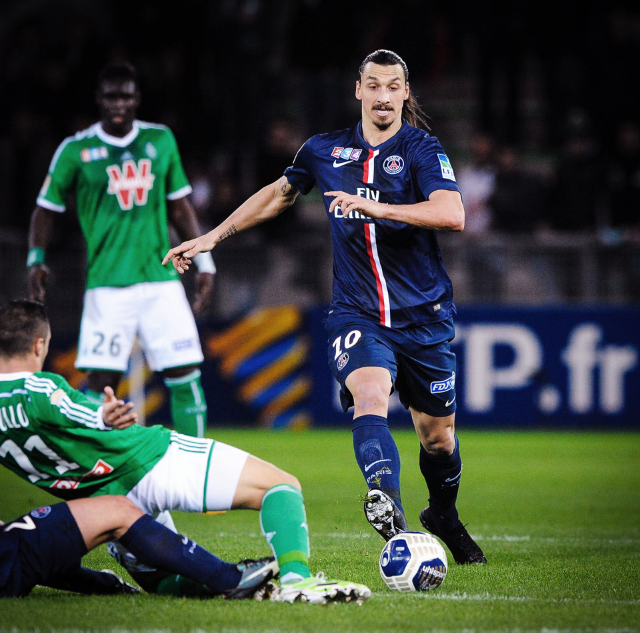 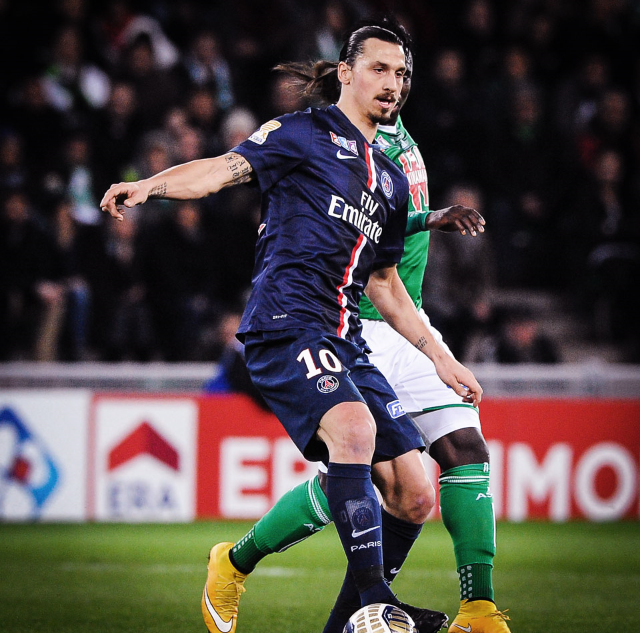