GOALS TWO GAMES IN A ROW

SCORED THE ONLY GOAL WHEN PSG BEAT NICE 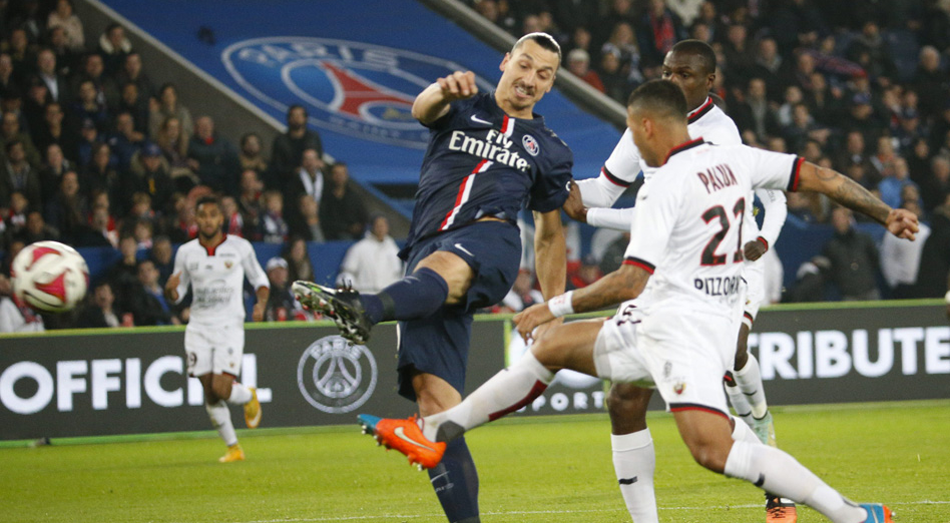 Despite a weak second half, PSG beat Nice and Zlatan scored for the second game in a row.

– I think we did really well in the first half. The second half wasn't quite as good, Zlatan said after the game.

PSG totally dominated Nice at Parc des Princes in a first half which made us forget everything about heel injuries and pressure. Zlatan led the PSG attack in good, old fashion and scored for the second game in a row. Even though second half was more even, PSG had this under control and won 1-0.

In the 15th minute Lucas stormed into Nices penalty area and was taken down quite brutally = definite penalty. Time for Ibra to score already? Yes!! He put it in his favorite spot, down to the left. Didn't really get a perfect hit, but it was enough to get passed goalkeeper Hassen. 1-0, best possible start for both Zlatan and PSG!

PSG was clearly the better team in the first half and Nice had nothing to say. The midfield with Motta, Pastore, Matuidi played really well and all three strikers were involved in multiple attacks. And even before the penalty-goal Zlatan had a great left shot at the post.

Zlatan and Cavani had alot of great combinations in the first half and to be honest PSG should have lead with more than a goal, but the result at halftime was 1-0.

THE GAME MORE EVEN IN SECOND HALF

The second half started quite slow and even though PSG "only" had 1-0 from the first, they wasn't able to keep up the play the same way. Nice played better defensively and PSG couldn't really find any great opportunities for 2-0 in the second half. Zlatan was still involved in a lot of combinations but together with all of PSG, he wasn't as good as in the first.

The longer the game went on, the more tension it involved. Only having 1-0, PSG became more cautious and Nice had more and more courage. They had more possession and tried to attack more, but didn't create any good chances, and Zlatan's goal from first half became the only goal. 1-0. A safe win for PSG and with Zlatan being the only goalscorer, this was just like before the heel issues started. Z is back. For real. 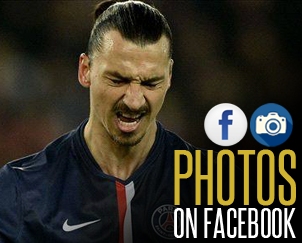 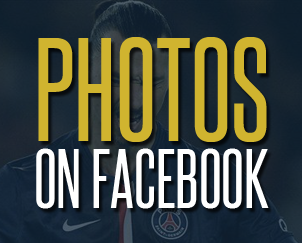 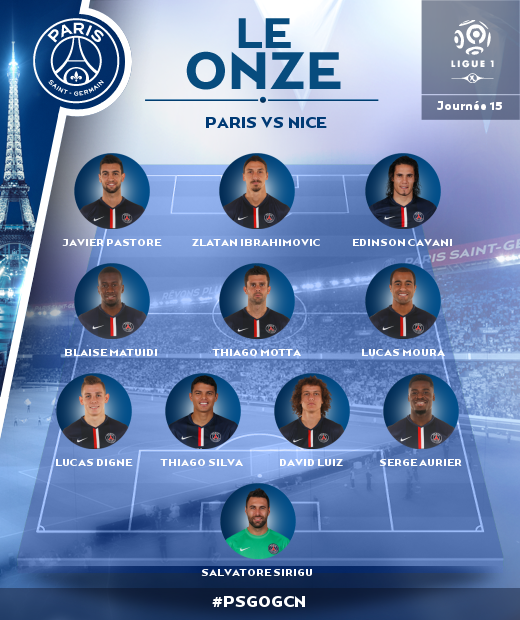 "WE DID REALLY WELL IN THE FIRST HALF" 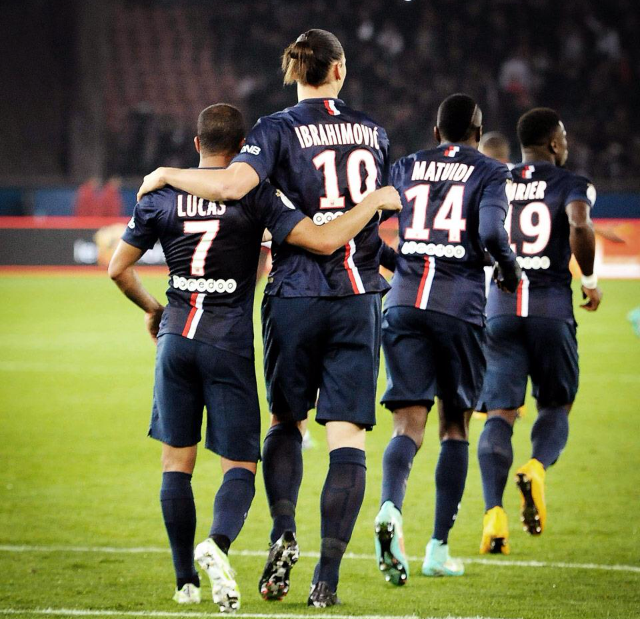 Today when you met Nice we saw Ronaldo in the audience. Are you happy with the performance you and PSG gave the audience today?

ZLATAN: "I think we did really well in the first half. The second half wasn't quite as good."

This is not the first time we see Ronaldo at Parc Des Princes. Maybe you have wished for a comeback from the Brazilian as a Christmas gift from Nasser Al-Khelaifi this holiday?

ZLATAN: "Haha… He is a legend and will always remain a legend!"

In the 15th minute, you score the deciding 1-0 goal when you securely put a penalty-kick in the net. What were your thoughts as you stepped up to the challenge?

ZLATAN: "There was nothing to it really. I felt focused and self-confident."

In the end of the first half, you took a hard hit and all of Parc Des Princes held their breath. How is your body and the injury after the match? 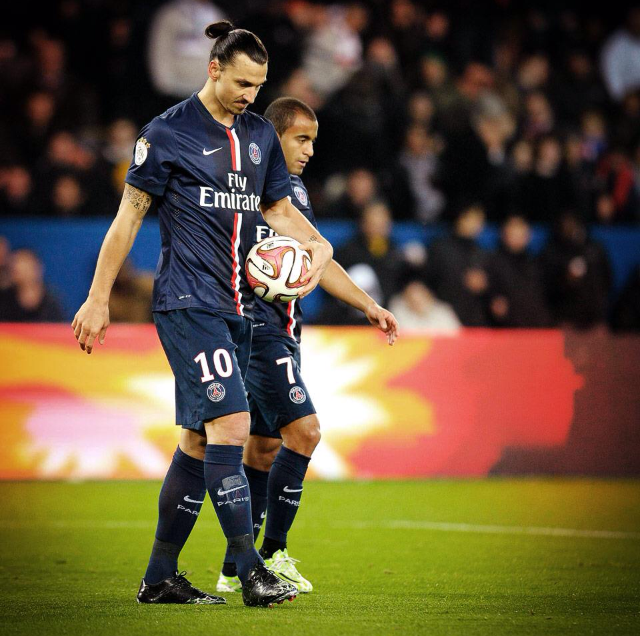 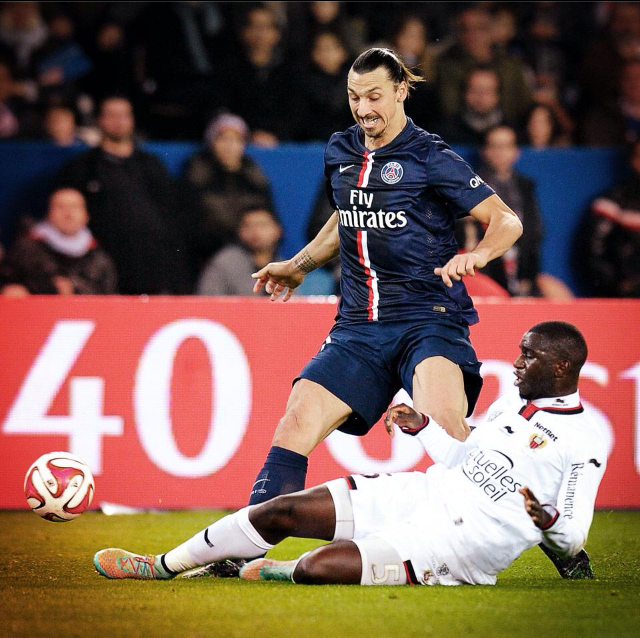 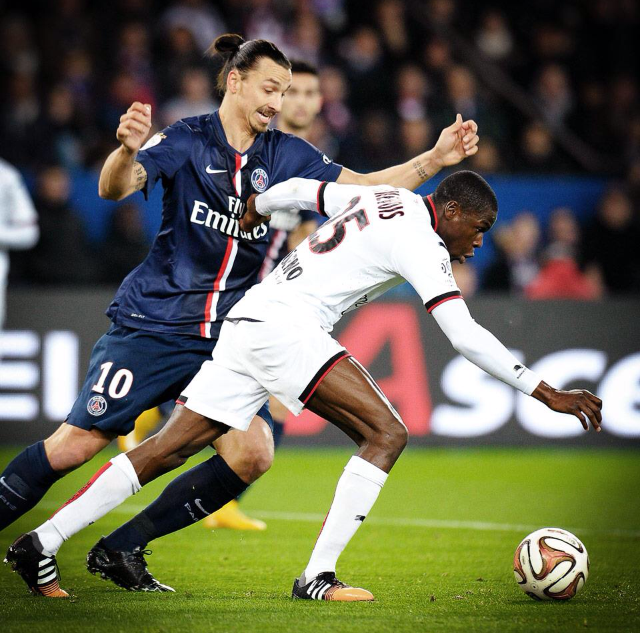