BOTH PASTORE AND LAVEZZI "STOLE" GOALS FROM IBRA 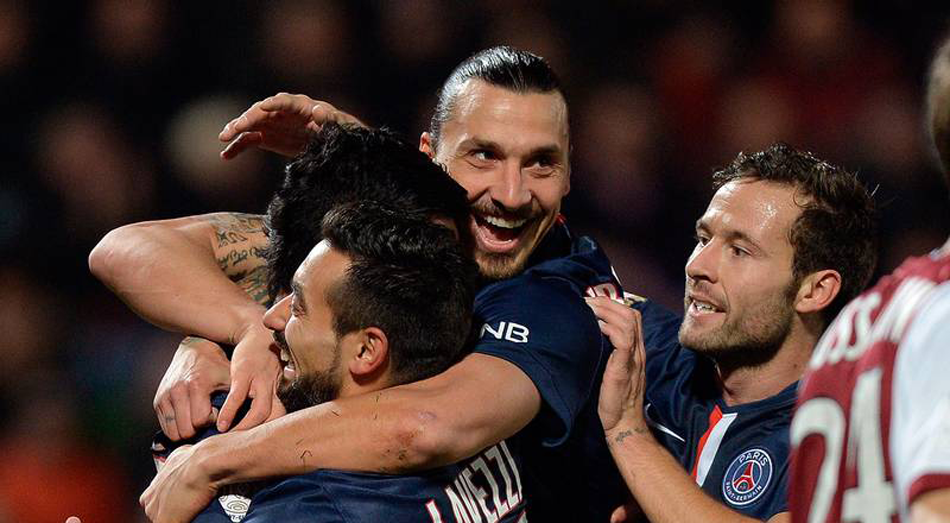 Zlatan played 90 minutes and had an almost-assist to the deciding 2-3-goal from Lavezzi. Metz put up a good fight after getting two penalties but PSG was too strong at the end.

– We were not at our best today. We started the match well, but later on we lost the rhythm, Zlatan said after the game.

PSG beat Metz 2-3 in a tough, intense game with PSG scoring the winning goal in the 83rd minute. PSG played well and controlled the game but two penalties in the beginning of the second half made the game more exciting.

The game had barely started before PSG scored both 0-1 and 0-2. Javier Pastore was hungry and stole the ball from the Metz-defence in the 9th minute and chipped the ball over goalkeeper Carrasso, just before Zlatan's left foot. And only minutes after, it was time again. This time more with more luck. A Lavezzi freekick-cross got in the penalty area and after a touch the ball hit Metz defender Bussman and the ball went in. 0-2, own goal.

CONTROLLED FIRST HALF FROM PSG

PSG played really well in the first half. Held the ball within the team, nice passing and didn't let Metz close to their penalty area. Zlatan wasn't really at his best though, it was clear that he wanted alot in his PSG-starting 11-comeback. He tried alot of difficult things without too much luck, unfortunately. PSG had the lead 0-2 at halftime.

The logical beginning in the second half would be PSG still controlling possession and slowly killing off the game. At least that's what PSG-fans were hoping. Instead Metz got 2 (!) penalties within 4 minutes directly in the second half. Maiga was super cool and scored 1-2 and 2-2 in the same corner in minute 49' and 53', what a crazy start of the half!

PSG put on Cavani instead of Rabiot and put more and more pressure on Metz at the end. And in the 83rd minute the goal came. Zlatan got the ball to the left in the penalty area and shot on goal, but goalkeeper Carrasso mini-saved the ball who was heading towards goal, but Lavezzi put it in goal just before the line. 2-3 - win for PSG.

This wasn't Zlatan's game. The timing and touch was not really there, but it was mostly because he wanted to do something as soon as he got the ball. He wasn't as aggressive in the duels as we are used to and he didn't get himself to any real dangerous opportunities. His passing was better and better at the end though and he looked like himself when playing one/two-touch but overall he's probably not satisfied with his performance. But with Lavezzi's 2-3 and PSG getting the 3 points after Zlatan being involved in the last goal, it was still a successful game with a lot to bring forward to the next one. 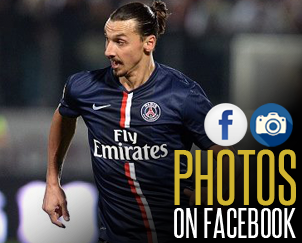 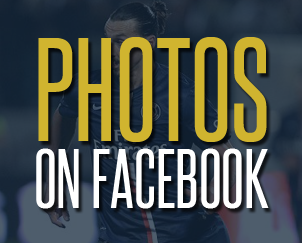 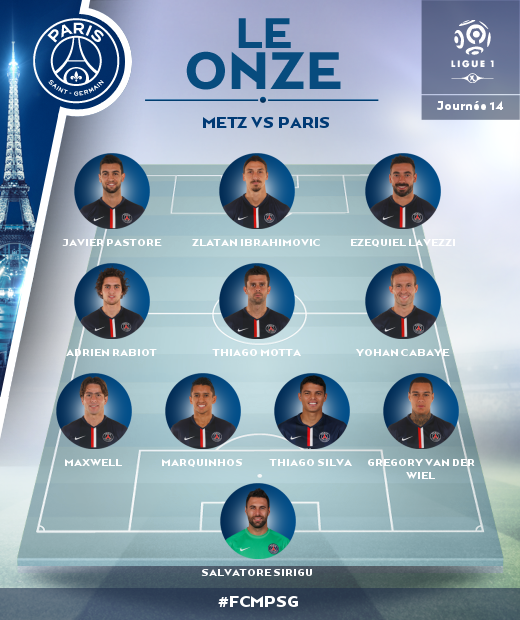 "WE WERE NOT AT OUR BEST TODAY" 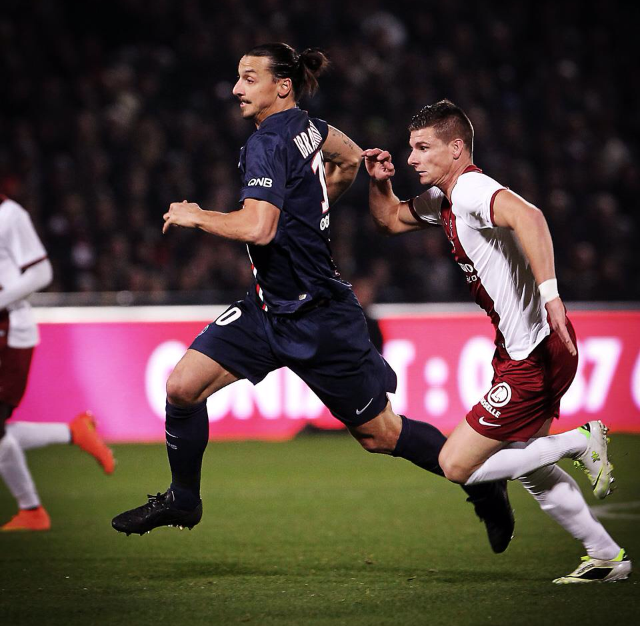 0-2 after the first half and when the referee puts the whistle in his mouth after 90 minutes the scoreboard says 2-3. Are you happy with you performance against Metz?

ZLATAN: "We were not at our best today. We started the match well, but later on we lost the rhythm."

The PSG squad missed David Luiz, Lucas Moura, Verratti, Bahebeck, and Douchez. And already before the second half you were forced to make two substitutions as Cabaye and Motta walked off. Do you think that the match – and especially the second half – would have looked different if all players had been available?

ZLATAN: "Yes, of course we are at our best when everyone is available, but even if we are missing certain players we should be able to win anyway. "

Speaking of injuries, how did your heel injury affect your performance today?

ZLATAN: "It doesn't feel great. But that is something I have to work my way through and the best way to do that is by playing matches. "

Both 0-1 and 2-3 were goals that was really close to being "your goals", but in the end it was Pastore and Lavezzi who got the ball across the goal line. Does it feel frustrating not to get the goals, or are you just happy to see the two Argentinians celebrate instead?

ZLATAN: "Everything is cool as long as it's goal. What's most important is that we win the match." 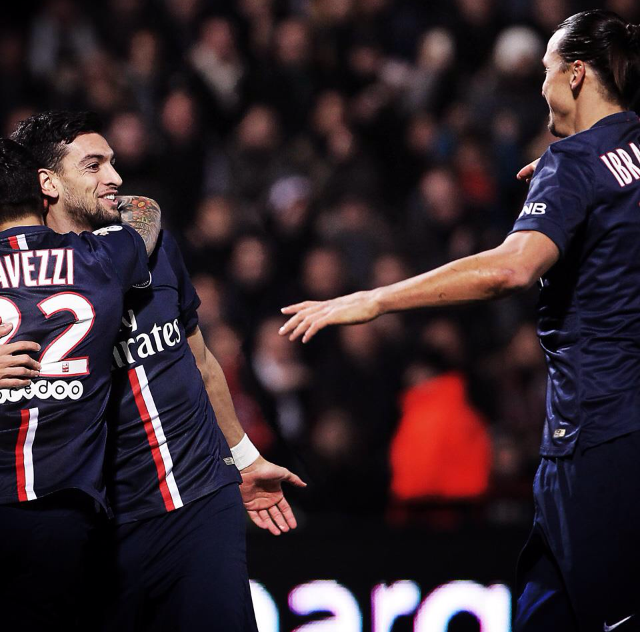 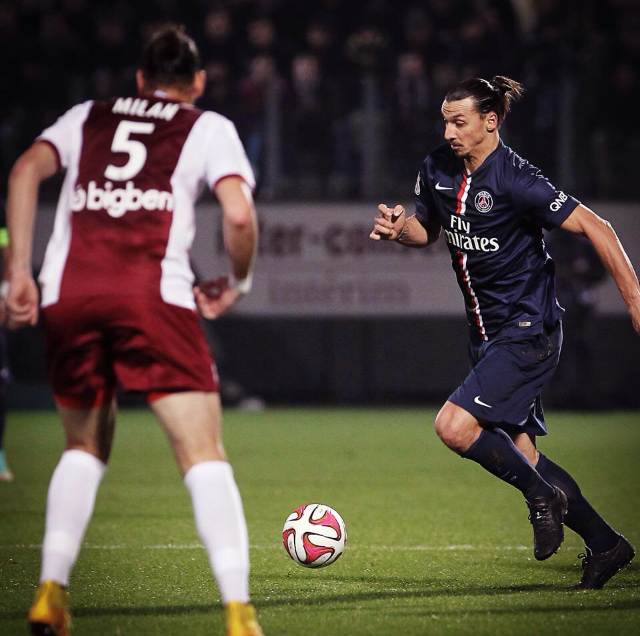 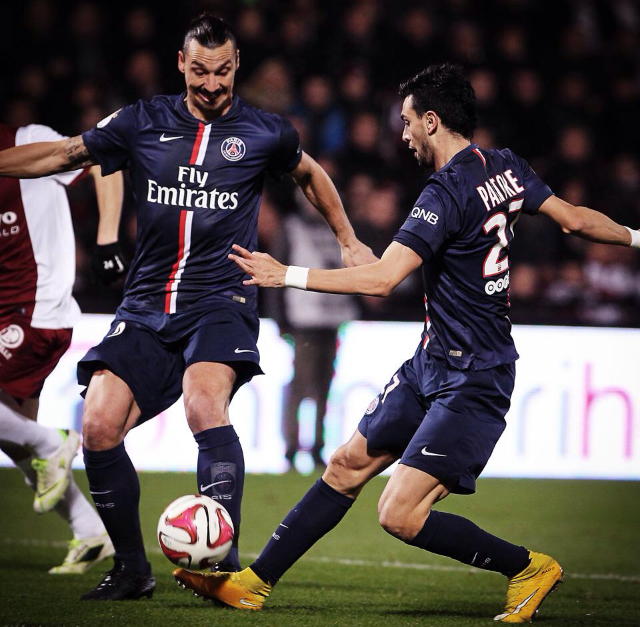 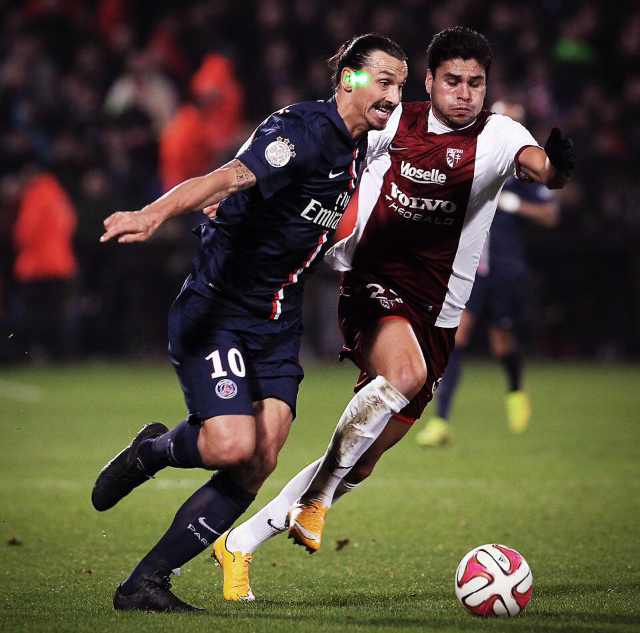