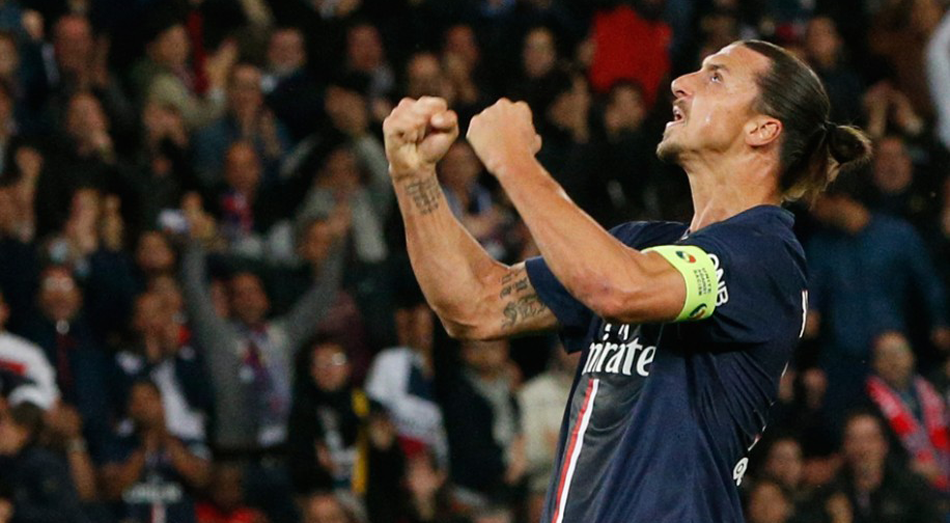 Zlatan was back after the injury and sent a big message not only to the teams in France but those out in Europe that Grande Ibra is at his best also this season, scoring a beautiful hattrick.

What (time absent from injury) first was rumoured to be several weeks turned out to be only two with only one game missed and thank god for that. Saint-Etienne, whom PSG have had big problems against, both in the league and in cups the last two seasons came visiting and with Ruffier in goal, this was perhaps the only team left in France left to prove anything against.

And this time there was nothing to do for Saint-Etienne. Or well, Ruffier could not have scored an own goal after 24 minutes. It was an unfortunate one and Zlatan showed why Zlatan is Zlatan by consolidating the goalkeeper with a sportsmanlike geisture. 1-0.

And what you do if you are Zlatan Ibrahimović, you show the soft side one minute and then you kill and zlataner your annoying opponent the next. Poor Sall apperantly had annoyed Z so when Ibra scored and scored and scored (5th, 6th, 7th of the season), he screamed and screamed at Sall, pumping up Parc des Princes to the limit.

This was a display of strength and greatness from both Zlatan and PSG, who hadn't fully performed yet. 3 clear points, Zlatan top goalscorer and with 7 goals in 4 games he sent the message to the CL-competitors, this PSG and this Zlatan will not be taken out easily in this year's damn Champions.