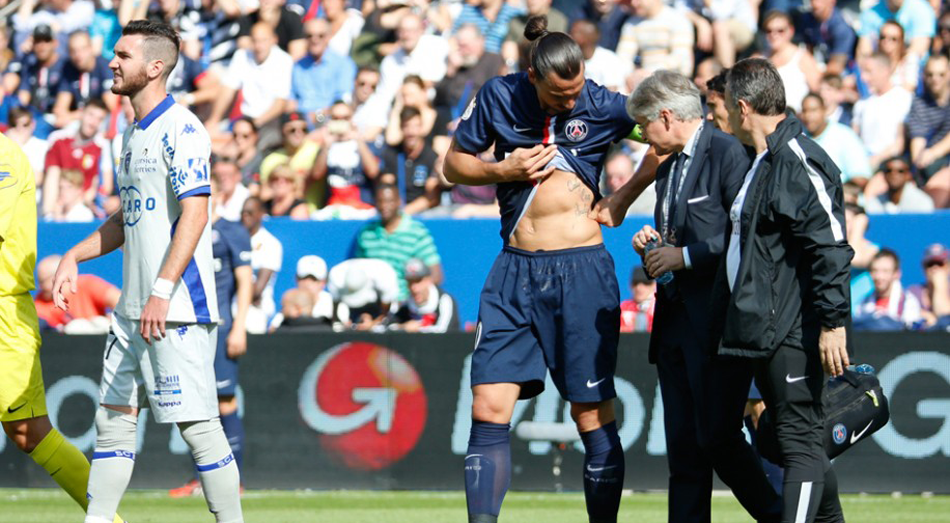 In a duel only a couple of minutes in, Zlatan injured his ribs and had to leave the pitch after only 15 minutes. PSG managed to win 2-0, but all questions afterwards was about Ibra.

Bastia was kind of Zlatan's favorite opponent in France with one wondergoal (the backheel) at home and one wonderassist (the backheel again) away last season, but this the time the joy was abrupted. In a duel on only his second (!) balltouch, Ibra was injured in the rib area and even though he tried for a couple more minutes, he couldn't go on.

A disappointed Parc des Princes saw PSG win comfortably but looked a bit weak (as they tend to do) without Zlatan. Cavani scored 1-0 in the 26th minute and Lucas Moura made it 2-0 in te 57th.