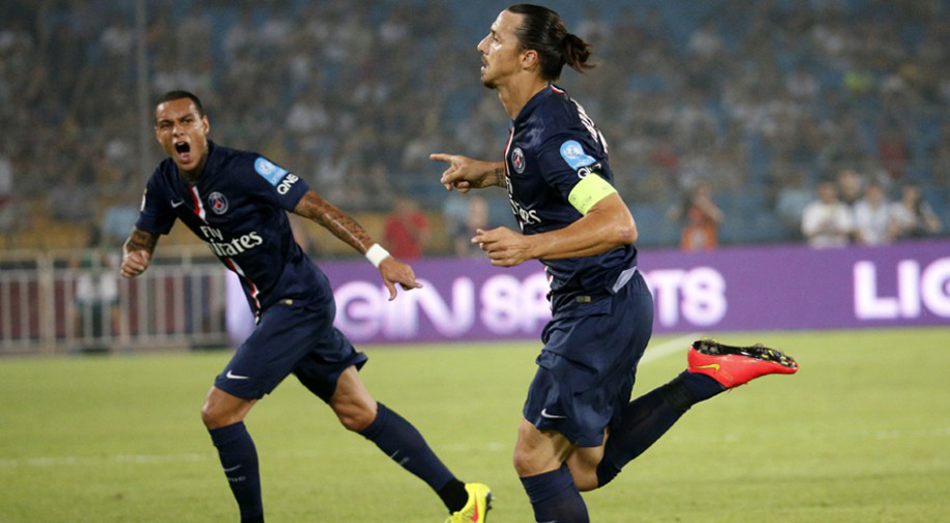 First game of the season was played in China and without several key players PSG won quite comfortably, mostly thanks to Zlatan who looked sharp and scored two goals, one great one.

This was a typical Super Cup-game abroad, if there is such a thing. You could tell the game was important, but you could also see the teams were not up to full fitness yet. PSG, without Silva and new transfer Luiz, played an ok game and Guingamp never really threatened them.

Ibra looked however inspired after a World Cup-absent summer and scored 1-0 with a great right shot from outside the penalty area only after 9 minutes and in the 19th minute PSG had almost killed the excitement with Zlatan scoring a penalty to 2-0. That was it and as captain he got to lift the trophy and we were off to a great start to the season.