GRANDE IBRA BACK IN TOWN

CARRIED MILAN TO THE SCUDETTO 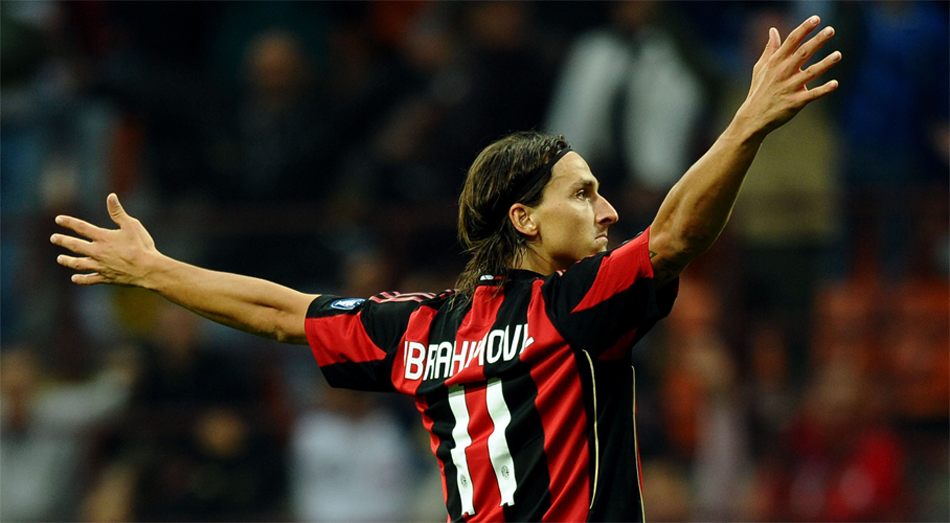 After the one season in Barcelona Zlatan came "home" to Milano, dominated Serie A like usual, brought home the Scudetto to the Milan-fans for the first time since 2003/04 and became the same smiling Ibra again.

Zlatan's joy when showing up on the Linate-airport in Milano on 29 august 2010, as a freshly signed Milan-player was obvious. As read in his book, he had experienced a tough time in Barca and there was no doubt he was welcomed with open arms in Milan, Ibra was back in Italy.

NOT THE BEST DEBUT

The debut game, away against newcomers Cesena could have started better, Milan losing and Z unusually missed a penatly, he had only done that once before (normal game-penalties), in 2006 in Inter and it was only his third ever missed penalty, including penalties and the Swedish national team.

Four days later it was however time for his home-debut, on San Siro, a stadium he just over a year later had won the top scorer-title in Inter on and felt at home at. This time it was time for Champions League against Auxerre, and Z delivered to the Milan-fans immediately scoring twice, leading Milan to a 2-0-victory, Grande Ibras Italian comeback was rolling.

In Barca, Zlatan was not able to play as he wanted. Which to an extent was natural when having Messi there, the game evidently circled around him, something Z completely accepted, at least until the politics started. In Milan Ibra got to be the same powerful, dominant figure as he had growned to be and with a somewhat weeker team behind him than the last couple of seasons, he carried them like only Ibra can.

He "only" scored 14 league-goals (next season he scored double) but firstly, he level of the quality of alot of his goals this season was incredible. The bicycle-kick vs Fiorentina, the shots vs Brescia/Lecce/Auxerre, the 2005/06-season in Juve now felt like a different era, this Ibra was lethal.

But what really seperates Zlatan from most of the top strikers in the world is his constant part in the team's full game, setting up his teammates with assists, making others dangerous as well. 12 assists in the league equalled 26 points in 29 games. That made him receive the "Foreign Player of the year"-award as well as being selected in the "Serie A Team of the year".

And yes, Milan won the Scudetto (TROPHY 17) 6 points ahead of former teammates in Inter, giving Milan their first Scudetto in 7 years. And there was no doubt who made it possible. With his typical winning attitude and several important game-winning goals and assists he was MVP of Milan 2010/11, something the fans acknowledged.

The departure from Barca inevitably changed Ibra's outspoken ambitions in CL a bit, but they still had a great football team with Silva/Nesta at the back, Robinho/Pato up front and several legends in midfield, Pirlo, Seedorf, Ambrosini. So when being knocked out by Tottenham in round of 16 after two painful games, the disappointment was big. Once again, a british team had beaten Z in the knockout stage and like always, the british journalists (who usually only ever saw him in the few games he played against british teams) were not impressed. That would all change..

"It was chaos. I'm telling you. Zlatan had landed. There were cars and motorbikes and TV-cameras following us, and of course, I got a kick out of that. The adrenaline was pumping, and I realized more and more what kind of black hole I had been living in at Barca. It was like I had been locked up in prison and was greeted by a party outside the walls when I came out, and everywhere I felt the same thing: all of Milan had been waiting for me and everyone wanted me to take responsibility. I was expected to bring back the trophies, to tell you the truth, I liked it." (about his arrival in Milano)
"The ref blew his whistle and the victory was ours. Everyone stormed the pitch and smoke came from the stands. People were screaming and singing. It was beautiful and chaotic. It was absolutely wonderful, and Allegri, our coach, was thrown in the air and Gattuso ran around with a magnum champagne bottle spraying and pouring on everyone." 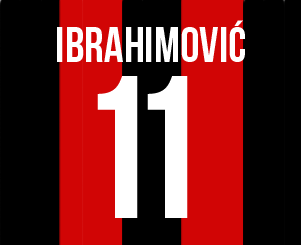 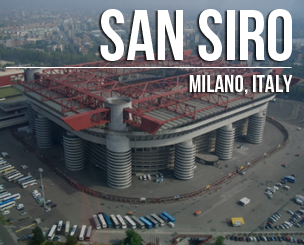 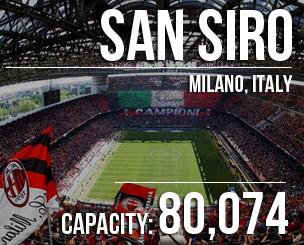 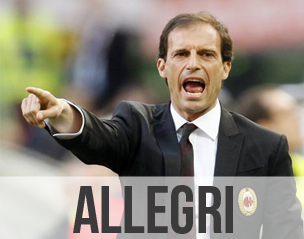 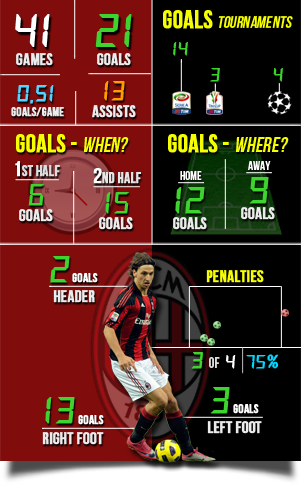