ZLATAN: "I'M JUST BEING ME"

IBRA TO MAKE HIS COMPETITIVE DEBUT ON OLD TRAFFORD 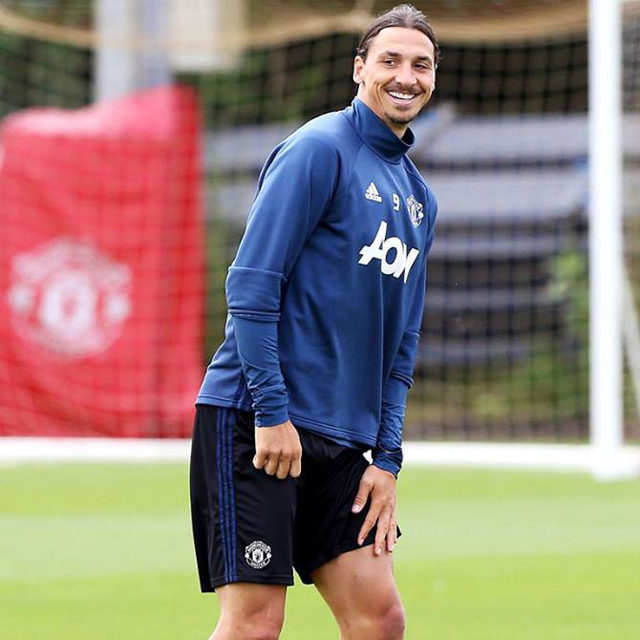 Zlatan has scored in his two first games for Manchester United and tonight he makes his competitive debut on his new home ground. New teammate Paul Pogba is likely to make his debut as well and the crowd at Old Trafford will probably be insanely excited.

Almost a week since the win in your first away-match against Bournemouth. What's been going on this week for you and the team?

Zlatan: "We trained as usual, with extra attention to our upcoming opponent."

Mourinho says that you are "more than a player" and that you are surrounded by the younger players. You've been a role model in different clubs and on the national team for quite some time. Early in your career, who was your closest teammates and role models?

Zlatan: "I am just being me, and try to contribute with what I'm good at."

Southampton's Nathan Redmond got the spot beside you in this week's BBC top-eleven after your equalizer and overall performance against Watford. What do you think of him and the team you'll meet tomorrow?

Zlatan: "He's a good player who plays in a good team."

Tomorrow there's also the Olympic Final in Rio at Maracana. Sweden is in the final after eliminating both USA and Brazil. What are Sweden's chances against Germany, and is there anything you would like to say to them before the final?

Zlatan: "They'll win it. Just go for it like you've done so far."