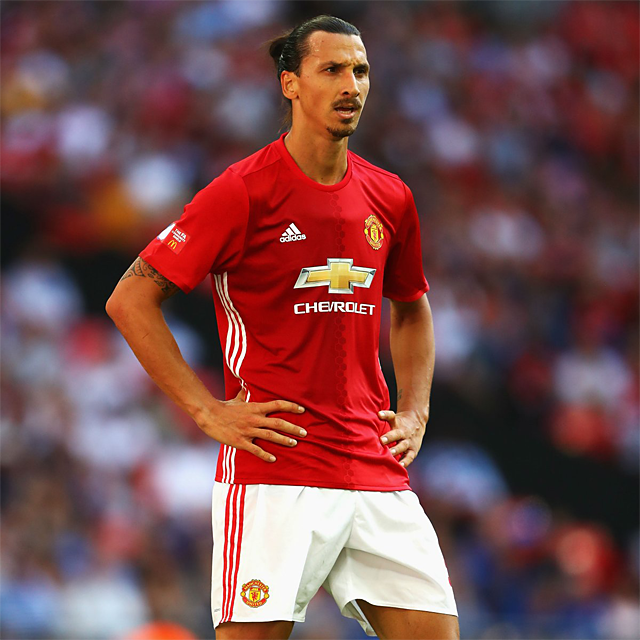 We are almost there. It's only 3 days left to Zlatan's Premier League-debut, Manchester United play the first game against Bournemouth away on Sunday.

Even though Man Utd didn't perform at their very best against Leicester in the Community Shield this Sunday, it's clear that the won trophy boosted the team's confidence and was a welcomed "bonus" before the league starts.

After only being part of Manchester United for little over a month, Ibra has already made his mark in his new club.

Scoring after only three minutes in his debut, playing well in his home debut and then deciding the first competitive game in Man Utd and immediately lifting silverware was exactly the start he needed so everything is not down to his performance in the game against Bournemouth.

His name is mentioned everywhere and nothing suggests that he hasn't fit in well in his new club, players are praising him left and right, as well as his new manager José Mourinho.

The other day it was finally official that Paul Pogna signed for Manchester United and it will be very interesting to see how Zlatan and the French powermidfielder get along and link up.

Pogba is an established worldclass player with many connecting points with Zlatan: • Juventus • Mino Raiola • France.

Pogba will not likely play against Bournemouth but surely the two will play the biggest parts in Manchester United's hunt for glory this season.

Manchester United doesn't have any injuries going into the Bournemouth-game, which is a blessing for José Mourinho. Centerback Chris Smalling is suspended, all other players are available.

It's unclear whether or not Mourinho's starting XI in the Community Shield is his first selection, but it's seems unlikely he makes alot of changes.