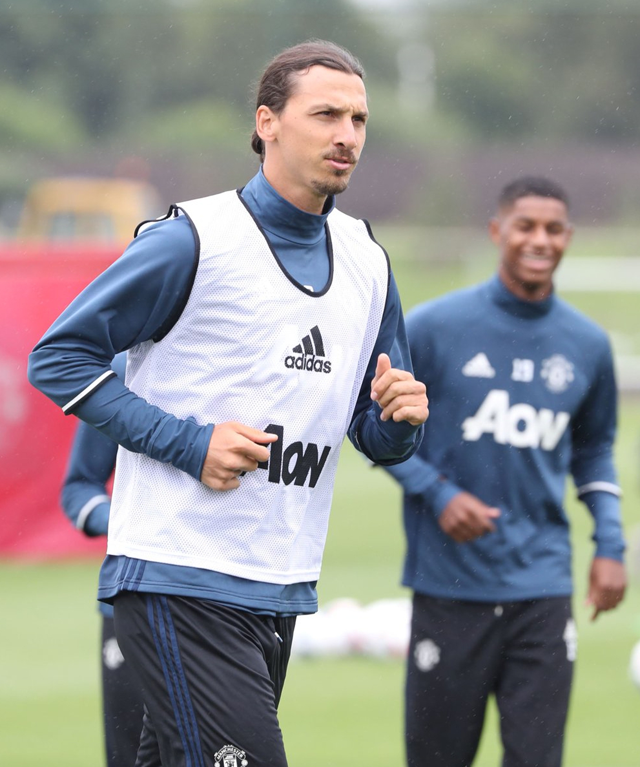 The waiting is finally over. Tonight Zlatan makes his non-competitive debut for Manchester United, in a friendly against Galatasaray in Gothenburg. Zlatan has been training with the team a few days now and he says he has felt welcome since he came.

You have just started training with your new teammates in Manchester United. How does it feel?

Fans and media have caused ”chaos” outside the hotel in Manchester. What do you think of the reception in your new hometown?

ZLATAN: "I feel welcome, the club is gigantic in all thinkable ways."

Tonight, Man Utd plays in Gothenburg against Galatasaray, and you are on the squad. In other words, it looks like a premiere on Swedish ground. ‪Feel like playing?‬‬

ZLATAN: "I’ve looked forward to the first match, and off course it should be played in my country."

New club, new aspirations, aiming for new titles. What goals have the The Red Devils set for the season?

ZLATAN: "We play to win all titles we can."

Manchester United-Galatasaray is played in Ullevi, Gothenburg and starts 19.30 CET.