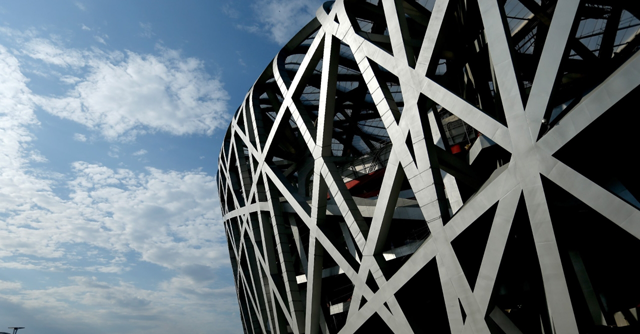 Manchester United's planned pre-season friendly against Manchester City in China today has been cancelled due to a unplayable pitch as well as have rain.

Manchester United released the following statement on their website earlier:

The cancellation was made in the interest of player safety and comes following extreme weather events in Beijing over a multiple day period, that have left the playing surface in a condition deemed to be unfit for play. The conditions experienced in Beijing on July 19 and July 20 were reported as being some of the most extreme weather conditions the capital of China has experienced in recent history. Regular rain occurred also on July 21 and July 22.

Due to international travel schedules and planned sporting commitments, the match cancellation is definitive and the match will not be re-scheduled.

The International Champions Cup and its participating clubs thanked and apologised to fans in China and around the world who were planning to attend the match or watch the match broadcast.

To acknowledge the support of fans, players of Manchester City and Manchester United will record and distribute a thank you video for fans in China before departing Beijing.

Tournament spokesperson Patrick Murphy said: "As the leading pre-season tournament globally, International Champions Cup is committed to delivering safe and professional match conditions for the world’s best footballers, that in turn delivers great entertainment for fans. The extreme weather leading up to the match in Beijing has damaged the National Stadium playing surface to an extent that leaves it in an unplayable condition.

"We have collectively made this cancellation decision in the interest of player safety and concerns over the players' subsequent ability to put on a display for the fans that meets the quality standard of the International Champions Cup.

"We thank all parties who contributed to the planned staging of this match, in particular the tens of thousands of fans who committed to purchasing tickets. An appropriate refund policy will be put in place by our local partners for those fans."

Chief executive officer of LeSports, Mr Lei Zhenjian said: "We feel very disappointed with the outcome, and have tried our absolute best to save the event following recent extreme rain in Beijing. We appreciate the fans’ devotion and our partners support. We will now focus on delivering a fantastic game in Shenzhen."

Ferran Soriano, chief executive of Manchester City, said: “We are very disappointed not to be able to play for our supporters here in Beijing. The players have been working hard in training to prepare for an exciting derby. We know how much everyone was looking forward to the game, but we understand that this bad weather is beyond anyone’s control, and that the rain has made it totally unsafe to play on this pitch. It has been a pleasure and an honour to experience such a warm welcome from the people and supporters here in Beijing, and we remain committed to playing here in the future."

Manchester United executive vice chairman Ed Woodward said: "It's extremely disappointing not to be able to play the game in this amazing stadium but the recent torrential rain would have caused problems anywhere in the world and has left the pitch unplayable. We know our fans in China will, like the players and staff, be saddened by the cancellation of the match but I am sure they appreciate that the player safety has to be the top priority. I am sure we will return to the Bird's Nest in the future to give them the chance to see the team in action."

Fans who have purchased tickets to the cancelled match can seek a refund directly from their original point of purchase (no higher than face value at the time the ticket was originally purchased). Further details will be released in due course on the local Chinese tournament website, www.internationalchampionscup.cn.

The International Champions Cup China fixture between Borussia Dortmund and Manchester City, scheduled to take place at 20:00 Beijing time on Thursday, July 28, at Longgang Stadium Shenzhen, will continue as planned. There are currently no concerns regarding the impact of adverse weather for the match in Shenzhen.

As a result of the Beijing match cancellation, there will not be sufficient matches played in the 2016 International Champions Cup China to achieve a tournament winner. "

Manchester United are now going back home where Zlatan will join the team for the first time and will play Galatasaray on Friday.