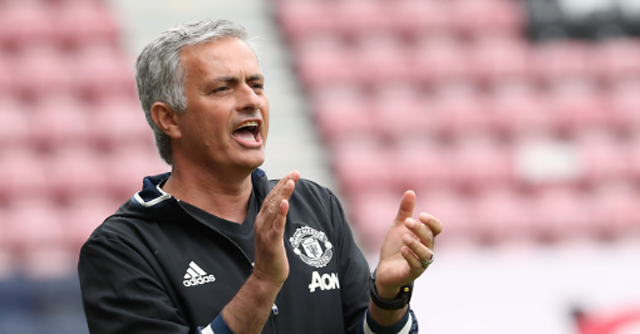 Manchester United played Wigan today in their first pre-season friendly of the season.

Mourinho missed a few key players in his first game as a Manchester United-manager, including Zlatan, Wayne Rooney and Anthony Martial but new signings Henrich Mkhitaryan and Bailly started the game.

It was 0-0 at halftime when Mourinho made seven substitutions and in the second half reserves Will Keane and Andreas Pereira scored, the game ended 2-0 to Man Utd.

Zlatan is currently on vacation after playing Euro 2016. It's likely that Manchester United will present information about when Zlatan will make his debut shortly.