"I AM VERY PROUD OF THESE FOUR YEARS" 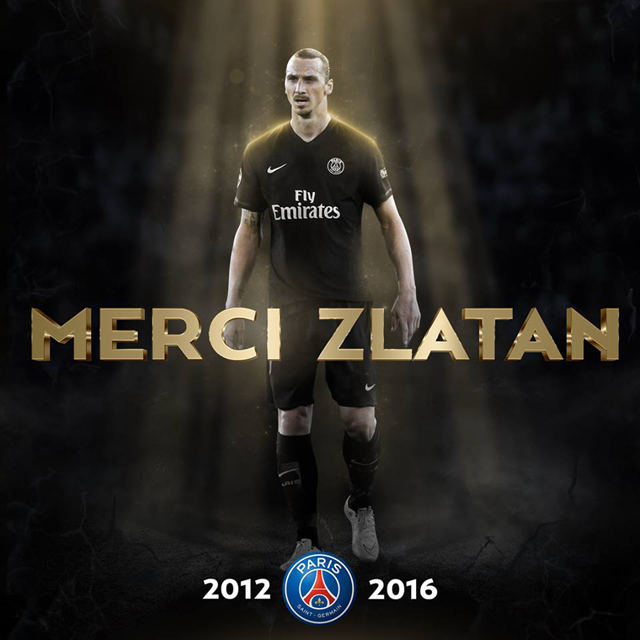 Zlatan will not play in the PSG-shirt next season. That was announced both by Zlatan himself on social media and by the club through a press release today. He says that he will return to Paris in the future though.

PSG have published several worthy images thanking Zlatan for the four years in the club as well as the powerful video above. They have posted the following statement on the website:

"After discussions between Paris Saint-Germain and Zlatan Ibrahimovic’s agent, the club and the player have agreed not to renew the player’s contract, which expires on 30 June 2016.

They have also agreed that once his playing career is over, Ibra will join the capital club’s management.

Paris Saint-Germain will remain forever grateful to Zlatan for his four extraordinary seasons at the club that have seen him become the club’s all-time leading scorer and one of its greatest ever players. Ibra has largely contributed to transforming Paris Saint-Germain into one of Europe’s biggest clubs.

Named Ligue 1 Player of the Year three times in four years, he will once again display his desire for victory in next Saturday’s Coupe de France final, where he will be looking for a 12th trophy in Rouge et Bleu and for whom he has scored 152 goals in 178 matches, in all competitions.

Paris Saint-Germain wish him every success in the future."

ZLATAN: "I am very proud of these four years. I have loved every minute I have spent here. In the last few years, PSG has become a huge club on the international scene and I played a major role in the metamorphosis."

"Now the time has come for me to take a new path. I would like to thank all my teammates, the technical staff and everyone at the club. My heart is with the fans. They have always been amazing, from day one. They are the best fans in France."

"This is not goodbye, we will meet again. I came here as a king and I leave like a legend. But I will be back!"
(PSG's website)

My last game tomorrow at Parc des Princes. I came like a king, left like a legend pic.twitter.com/OpLL3wzKh0

Where he will play next season remains to be announced...