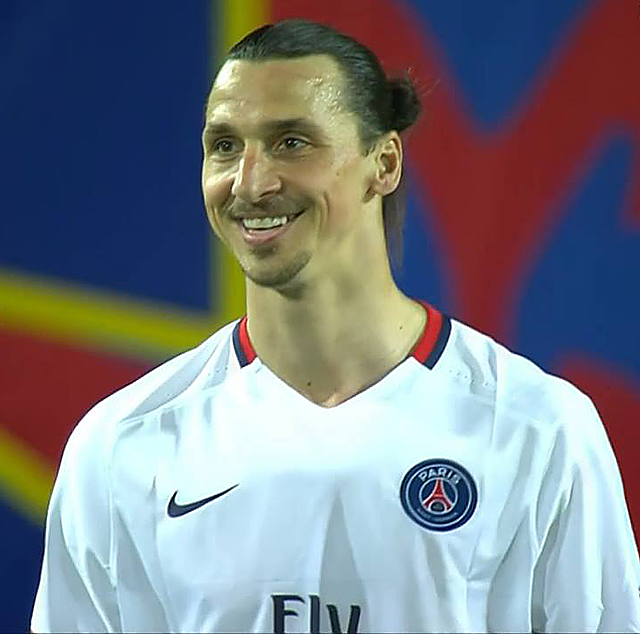 Zlatan scored another goal, Cavani a hattrick and PSG their own Ligue 1-record for number of points in one season when they beat Ajaccio 4-0. Read Zlatan's thoughts after the game.

As expected the match against Ajaccio ended in a comfortable win for PSG. You played the whole match and scored a goal. Result 4-0. What do you think of the win?

ZLATAN: "A dull match where one team didn't seem willing to play."

For once, it's another name that is most common on the scoring table after tonight's match as Edinson Cavani got three in the back of the net for PSG. What can you say about your striker collegue's performance?

ZLATAN: "Great fun, and a great performance by him."

We got to see an unusual starting player as the Frenchman Christopher Nkunku played 78 minutes on PSG's left wing. What are your impressions of the young midfielder?

In the last seconds of the match you scored the last goal of the match, your 35th league goal this season. Can you describe the goal?

ZLATAN: "A good ball from Maxwell, and I just put it in."