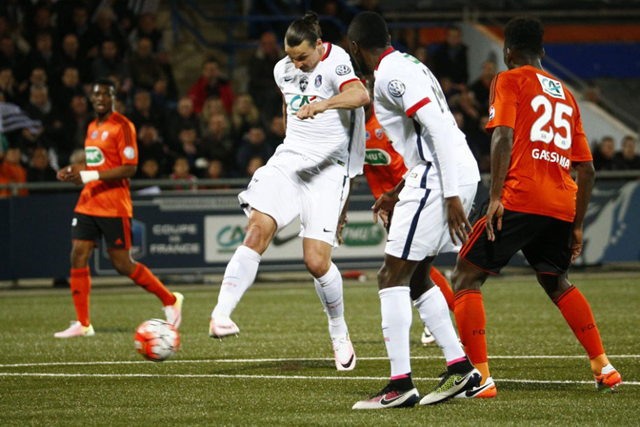 Zlatan scored the only goal when PSG beat Lorient in the cup semi and advanced to another final. It was Ibra's 42nd goal of the season, a new career record. Read his thoughts after the game.

The semifinal away against Lorient in the French Cup ended 0-1 and PSG is through to the Cup final. Your immediate thoughts after the match?

ZLATAN: "Now it’s all about winning."

Lorient played well and managed to keep it close the whole match. They should have had a penalty in the first half, and in the second Sirigu had to make some tough saves. But in the 75th minute Europe’s foremost scorer struck again and decided the match. Tell us about the goal

ZLATAN: "Moved up with the ball, passed one, and fooled the keeper."

Artificial turf is pretty unusual for you, but at the same time it should suit PSG’s passplay. Do you think the pitch affected your game in any way today?

ZLATAN: "The pitch was a disaster, should be banned."