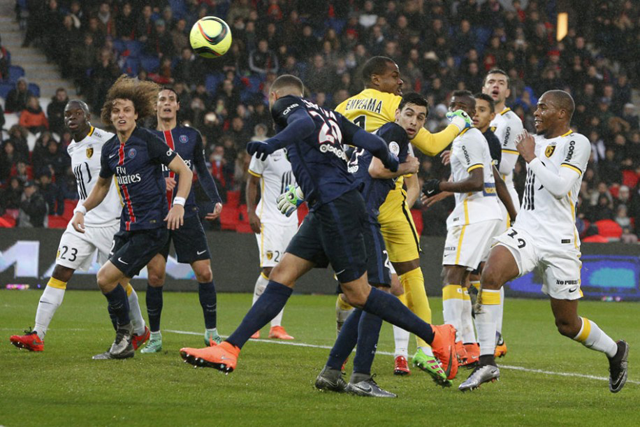 Without both Zlatan and Thiago Silva (rested for Chelsea), PSG played 0-0 against Lille on Parc des Princes today. In a game which had a remarkable sense of non-importance PSG didn't score but they didn't conceide a goal either. It was PSG's 35th straight league game without losing and they are of course still league leaders by a million points.

Edinson Cavani, Angel di Maria and Jean-Kevin Augustin started up front and Lucas was taken on in the second half.

Marco Verratti replaced Javier Pastore in a 'substitution of comebacks' at halftime. Verratti looked fit and will hopefully be ready to start against Chelsea.

PSG-Chelsea is played on Tuesday 20.45 at Parc des Princes.