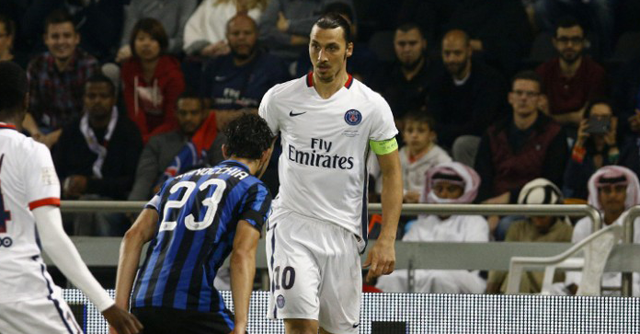 PSG beat Inter in the friendly game in Qatar. Zlatan played 63 minutes and had a couple of chances, but you could tell it was a friendly and that PSG had been working har in training. Read Zlatan's thoughts after the game.

The friendly against Inter on your Qatar Winter Tour ended in a reasonably comfortable 1-0 win where you played 64 minutes. How does the body feel after the Christmas break and all the practice sessions?

ZLATAN: "It was clear that we’ve been training hard because it didn’t feel quite 100 %."

You have now prepared for a tough match schedule after New Year’s Eve with league matches, the French Cup, the League Cup, and later on the Champions League. You have a rich squad and PSG is probably better than ever. Which are the most important factors for you to succeed in taking all titles you’re playing for in 2016?

ZLATAN: "That we are solid the full second half of the season."

2015 is drawing to an end – the year where you broke record after record, won titles, and secured a place in the European Championship. As Zlatan Ibrahimovic looks back at the year, what was the biggest achievement in 2015?

ZLATAN: "I’ve had an awesome year with many fantastic memories. I wish all fans a Happy New Year – it is you who make this possible."