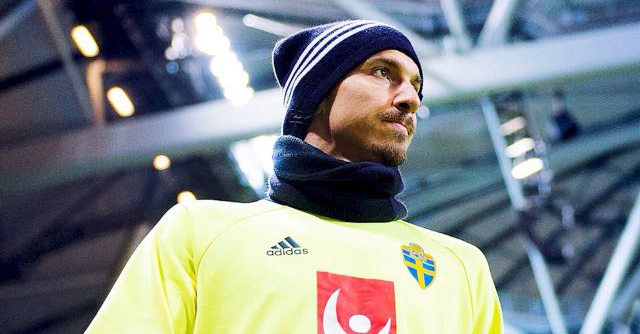 Tonight Sweden play Denmark in the first Playoff-game out of two.

14 November 2014 you silenced England with four goals in the opening game on the National Stadium. Tomorrow, 14 November 2015 it's time for another important game on the stadium, Playoff against Denmark. There are big hopes that Ibrahimović will silent another nation. What are your thoughts before the game?

The Danes have tried to conquer Skåne by filling Malmö city with Bendtner-posters and Danish flags. Do you have any message to the Danes who try to psych the Swedes in the south?

Sweden has played Denmark 104 times and historically Sweden has an advantage with more wins. The Danes rather show different statistics, like that you haven't scored against them. Any comment on that?

ZLATAN: "Not on that either."

On the Swedish Football Awards on Monday you received some advise from Frank and Melwin: "Don't blow this". Can the boys and the Swedish people count on you leading the Swedish national team to EURO 2016 in France?