"I HAVE WRITTEN HISTORY OVER AND OVER AGAIN" 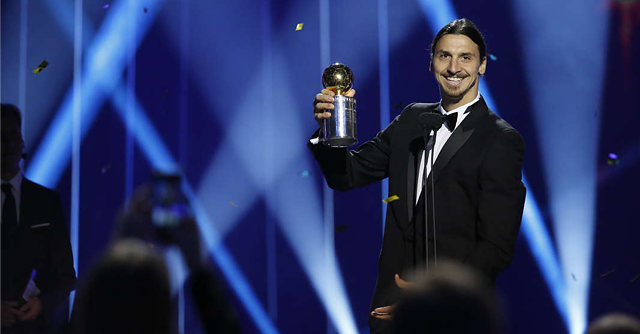 It looked like it usually does on the Swedish Football Awards this evening.

Zlatan was selected "Swedish Forward of the Year".

Zlatan won his 10th Golden Ball as "Best Swedish Footballer of the Year".

ZLATAN: "Many thanks. Last year I promised to come back and win my 10th Golden Ball. I don't know if I can promise the same thing for next year. But this Golden Ball makes me think of the time in Malmö's youth team. I sat in the locker room, looked around and thought: "To be successful, I have to be ten times better than all the others." But it feels like I succeded before."

"There is nothing more to say. I have written history over and over again. I hope someone else gets to experience what I have experienced. I can't describe the joy. Many thanks to all who have followed me since day one."

Zlatan is historically the best Swedish footballer of all time. By a margin.

He has won the two prices simultanously 10 times.

Number of wins of the Swedish Golden Ball.