ZLATAN STAYED ON THE BENCH 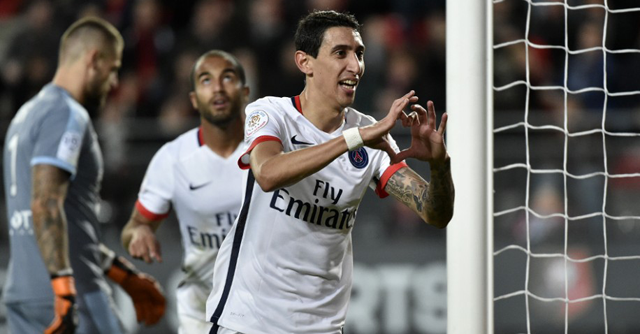 PSG manager Laurent Blanc rested several players before Tuesday's clash with Real Madrid in tonight's game against Rennes. Cavani was not even in the squad and Zlatan, Verratti and Motta was on the bench. But PSG's big squad showed to be enough, PSG won 1-0 after a late goal from Di Maria.

Rennes played well defensively and kept the score 0-0 for a long time despite several chances for PSG. But the longer the game went, the more tired the Rennes-players got.

And in the 79th minute this summer's big transfer Angel Di Maria showed his greatness. A beautiful setup-pass by (subbed) Verrratti reached Lucas Moura who passed to Di Maria. The Argentinian struck with a clean, nice left volley. Hard and low, too difficult for goalkeeper Costil to save.

PSG did what they had to, Zlatan didn't even have to get off the bench and is hopefully rested and ready for Real Madrid on Tuesday.

PSG leads Ligue 1 in great fashion with 32 points after 12 games.