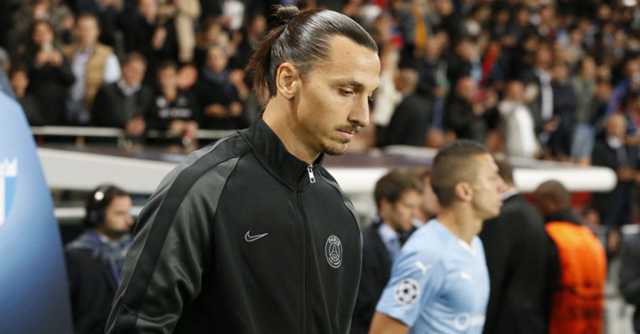 Zlatan played his old team in the first Champions League of the season. He could have scored in the first but instead created a moment of magic in the second. A backheelwonderassist to Cavani made it 2-0 and PSG won comfortably. Read Zlatan's thought after the game.

The match ends 2-0 for a dominating PSG with 70 % ball possession. Are you happy with the team's performance in the first Champions League match of the season?

You left the pitch in the 75th minute. How far are you from feeling 100 % again?

ZLATAN: "I need to play more matches to get the rhythm and timing right."

Your new recruit Angel Di Maria played his first match in the PSG jersey and repeatedly showed offensive qualities. What are your thoughts about the Argentinian and what he brings to PSG?

ZLATAN: "Di Maria can contribute a great deal with his direct way of playing and his technique."

What do you think of Malmö FF's performance tonight and how do you think they will fare against the other teams in your group – Real Madrid and Shakthar Donetsk?

ZLATAN: "We'll see how the group ends, but MFF did it w