"MORE THAN A DREAM" 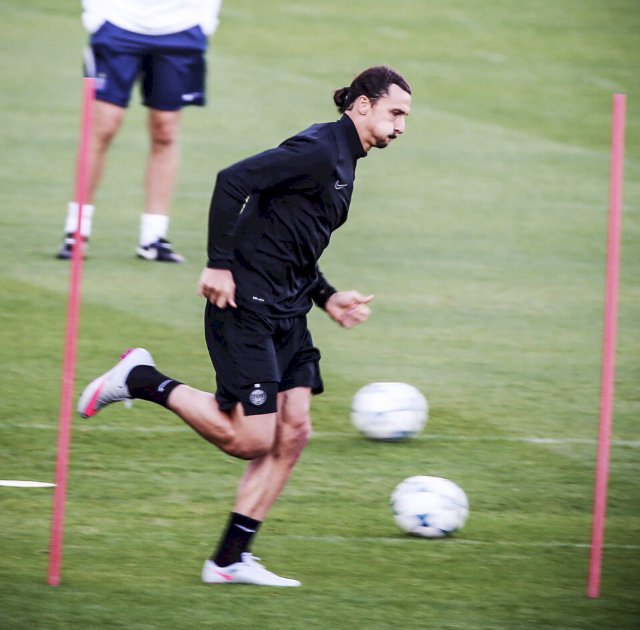 Zlatan grew up in Malmö and Malmö FF was his first senior club. Today PSG released a longer interview with Zlatan on their website where Zlatan talks about the dream to play Malmö.

ABOUT THE MATCH AGAINST MALMÖ

ZLATAN: "It means a lot to me. Malmö is the club where I started out. I have a lot of good memories from there, even if I didn't win any trophies. I come from the city... to have the chance to play against them in the Champions league... there's nothing better! 've had a lot of great moments in my career, and this will be another great moment. I'm very happy and I can't wait for the game. I'm also very happy for Malmö, first of all, that the club is playing the Champions League, and secondly, that I have the chance to play in my home town against my former club. It will be a fantastic moment. But on Tuesday we will be playing at home. I'll have to wait a bit longer before my return. "

A DREAM TO PLAY HIS FIRST CLUB

ZLATAN: "It's more than a dream! For me, it's destiny. Last year I wanted to play against Malmö, but it didn't happen. It's happened this year! My career has been full of moments like this. For example, when I played my first match with Juventus, it was against Ajax, the club I'd just left. To play against my first club will be fantastic. I will enjoy every second of these matches. But, I'm a Paris Saint-Germain player and I will give everything for this club. We need to win on Tuesday."

THE CITY OF MALMÖ

ZLATAN: "I'm not only happy for the club, but also for city. I was born there, my friends are there. I think the people of Malmö are very happy for my career. They have given me so much; support, energy, motivation... adrenaline! That why I have become the man I am the man I am today. Malmö will always be my home. I will never forget where I come from, or where I'm going. I will always represent the city."

HIS CAREER SINCE HE LEFT MALMÖ

ZLATAN: "It's been an amazing journey, and it's not finished yet! I think I will really appreciate it when I stop playing football. Today, I'm focused on what I have to do with Paris. For the moment, I'm writing my history. And the book isn't finished yet!"

Zlatan has also answered a couple of questions in his app Zlatan Unplugged:

For the first time in your career you will play a competition match against Malmö FF, your first professional club and the team from your hometown. What does it mean to you to meet MFF in the finest league of them all, Champions?

You didn't play in PSG's most recent match but you trained with the team yesterday. How is the form and will you be able to play tomorrow

ZLATAN: "I feel better every day that passes."

In 1999, you and Markus Rosenberg, the top striker in today's Malmö FF, played together in their boys' team. In 2005, you were both chosen for the Swedish national team for the first time. And now your paths meet once again. What are your thoughts about Markus Rosenberg, his career and his importance to MFF?

ZLATAN: "He means a lot to MFF and has played really well in Malmö. I can only congratulate him."

2014/15 PSG made it to the quarterfinals in the Champions League and this season you have reinforced the team with players like Di Maria, Stambouli, Trapp and Kurzawa. Is this the season when project PSG will be a true contender for the CL title?

ZLATAN: "We fight for it every year."