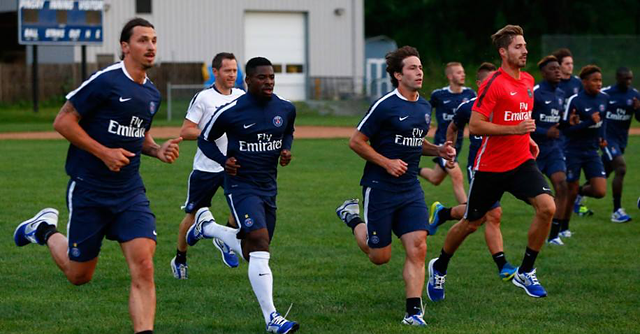 After a well-deserved holiday Zlatan is back in training with PSG who are currently touring North America.

Sunday morning at 02.35 CET they will play Benfica in Toronto, Canada in what will be Zlatan's first game of the season.

PSG's squad is not complete due to ex. Copa América but they still have a decent squad, including for example Lucas, Maxwell, Verratti and Sirigu.

Their first competitive game of the season is the Trophée des Champions (French Supercup) against Lyon on August 1.

PSG's schedule in North America in July (all times are Central European Time):