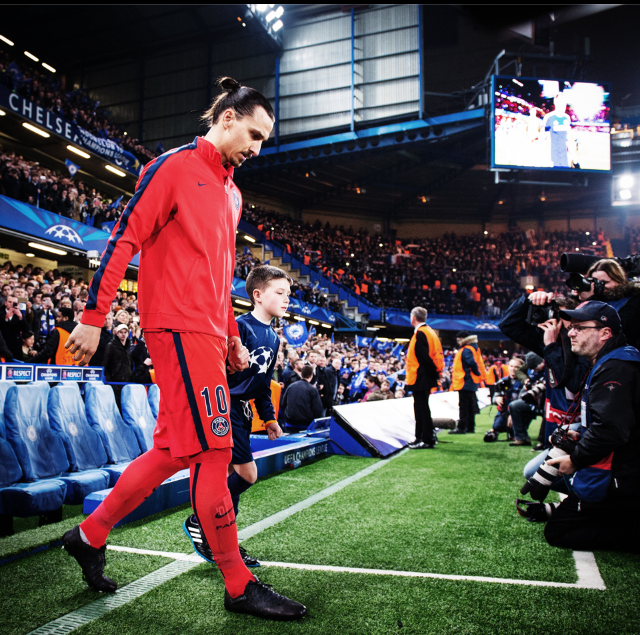 Tomorrow PSG face Bordeaux in a semi-tough Ligue 1-game, a game that PSG really doesn't afford to lose. The days after the Chelsea-game has been about recovering for the team, but Zlatan who only played 30 minutes is probably eager to get back on the pitch. Read the interview with him today.

It has been a few days since the dramatic match against Chelsea in the round of sixteen in the Champions League. How is the spirit in the squad after the advancement?

ZLATAN: "The spirit is on top, just as it was before the match."

In the match against Chelsea, you got a controversial red card already in the 31st minute. What reactions and comments have you got from coaches and teammates after the match?

ZLATAN: "They are saying exactly what the rest of the world is saying – that it wasn't a red card and that it's unacceptable."

If we instead focus on tomorrow, an important away match against 6th-placed Bordeaux. What kind of match do you anticipate against Les Girondins?

ZLATAN: "It's a difficult match, but we need to win if we are to win the league."

Previously, you have said that Bordeaux Swedish striker Isaac Kiese Thelin has a bright future. After seven played matches in League 1 he has scored one goal. How hard is it to make the leap from the Swedish to the French league

ZLATAN: "It takes time to get into it."