PSG THROUGH TO THE SEMIFINAL

PARTY IN PARIS DESPITE ZLATAN'S ABSENCE 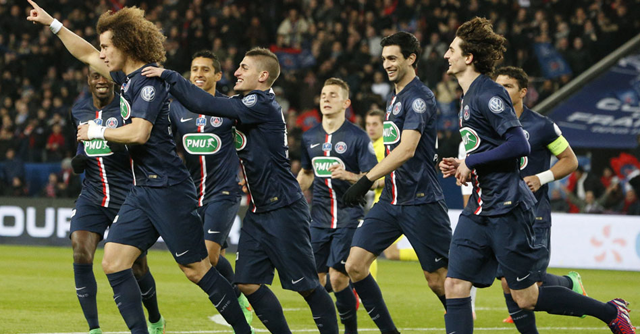 On Sunday PSG drew against Monaco in Ligue 1 but tonight's cup-game they (without Zlatan) were stronger and better. Luiz scored already in the second minute and Cavani made it 2-0 in the second half, which became the fulltime result. This means that PSG are through to the French Cup Semifinal.

Next game is on Saturday vs Lens in the league, the last game before the return leg against Chelsea on Wednesday. Zlatan will play both games!