"ONE MATCH AT A TIME" 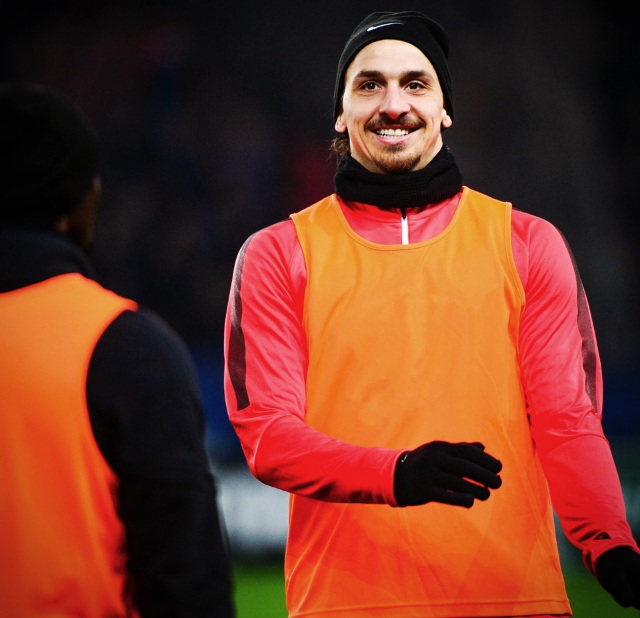 Only one more game before the biggest game of the season, Chelsea in the Champions League on Tuesday. Tomorrow afternoon at 16.00 PSG take on 14-placed Caen at home and Zlatan points out that it's important to focus on one match at a time.

On Saturday afternoon, we get to see a match between two teams that have been performing well lately, PSG and Caen. Your opponent is in fourteenth place but enters Parc des Princes hoping to surprise after winning their four previous league matches. What are your thoughts about the match tomorrow?

ZLATAN: "It's yet another important league match for us, a match we need to win to keep up in the top of the table."

Earlier this week, you said that you feel great physically and you also got to rest in the match against Nantes. Don't your previous injury problems affect you at all anymore?

ZLATAN: "I haven't felt any problems for a while now – besides that I've been ill."

Your acquisition from last summer, Serge Aurier, has had great success in the African Championship where his Ivory Coast won the tournament and he got selected for the Championship Team. What are your impressions of him and what do you think of his start in PSG?

ZLATAN: "Serge is a good player who is still developing."

Last but not least, we would like to ask about the next match, PSG against Chelsea on Tuesday 20.45. Do you feel ready to face the London team and get revenge for the defeat in last year's quarterfinal?

ZLATAN: "One match at a time!"